Ever wondered how a Ford Mustang can stand out in a sea of other similar cars? GM Bugayong of Drift Xaust shows us that keeping it clean can make your car badass.

Sometimes you get so complacent in life. As a car guy, driving around in his Honda Civic, I start to think that nothing can ever beat my own car. That my car is fast and powerful because I’ve grown so accustomed to it every quirk and power map.

Then, I got the chance to ride a modified Ford Mustang 2017 and I get shot back down to earth. One of the scariest and glorious experiences is riding this car being driven on full throttle. Check out this week’s special feature of one of the most special and unique specimens of the Mustang GT in the Philippines. The Ford Mustang made even better

The Ford Mustang is the world’s most recognizable sports car. In the Philippines, a v8 powered, wide-bodied hardtop will more often than not be mistaken for a “Mustang”. To a certain point, the Ford Mustang became a generic word for such types of vehicles.

From its inception in 1964 to the present its generic formula of 2 doors, rear-wheel-drive seating for 4, and having a long hood and short deck has remained largely unchanged. Almost every type of modification has been done to a Mustang so how will Drift Xaust proprietor, GM Bugayong make his 2017 Mustang GT any different? The word "Mustang" is now a generic name for muscle cars

The current generation of Mustang is the most technologically advanced Mustang ever. First and foremost the sixth-generation Mustang GT now sports and independent rear suspension, replacing the original solid rear axle synonymous with Mustangs of old.

This makes for dramatically improved handling and effectively brings the Mustang to the 21st century. It also makes the Mustang a more comfortable daily drive. 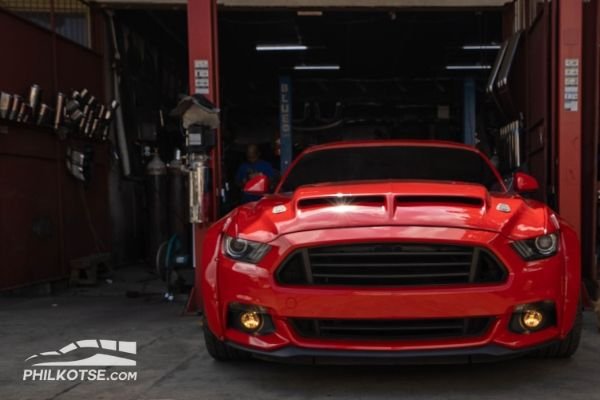 When GM accepted our invitation to cover and feature his Ford Mustang 2017 which was modified. I was literally restless and sleep eluded me greatly. It felt like I was going to meet one of my childhood heroes. In a way that was true and apt. As a kid, I loved a certain old muscle car but I never did bother to know what it was called.

All I knew back then was that it was red, it was shiny, and it looked so much like a badass. Only back in high school did I read up on more about cars and found what that hero car was called. The words MUSTANG just jumped out of the page and I was hooked since then. “I’ve always wanted a car that reflects my identity and who I am.” GM reflects, “The Ford Mustang GT sounded the most refined and solid compared to its competition.” As I said earlier, GM is the owner and proprietor of DRIFT Xaust in Taytay, Rizal, a leading performance-oriented car garage shop that specializes in exhaust systems for almost any car.

His Ford Mustang 2017 is the perfect car than to show the precision and craftsmanship of his products and he proudly wears it here as we will find out.

>>> Check out for Ford Mustang reviews by Philkotse's experts

Everything you love about Mustangs

The Ford Mustang GT in its 6th generation is a culmination of all the best design details of Mustangs throughout the years since 1964. It has that classic retro styling hits in and around the car and if you squint just the right way you could even see cues from the now-iconic Fox Body and SN-95 Mustangs.

The design of the 6th generation is an homage to all Mustangs before it and the execution did tastefully that it is almost close to perfection. Modifying the body would require proper planning and resources as to not ruin the overall design. This one hits the ball right out of the park! Those rear louvers are an homage to the Fox Body Mustang

Duraflex wide-body kits adorn the entirety of the car that includes the grid front bumper, side skirts, rear diffuser front, and rear fender flares. Adding more to the wicked body kit is the MMD V-Series rear spoiler, Cervinis Stalker hood, and a Rear Window Louver as a callback to the 80s Fox Body Mustang.

Combining all these kits gives GM’s 2017 Mustang GT a distinct look making it special even when lined up across other Mustangs. I’ve already mentioned that the 6th generation Mustang adopts a fully independent rear suspension setup making it more agile around the bends and more comfortable to daily but that all doesn’t end there. 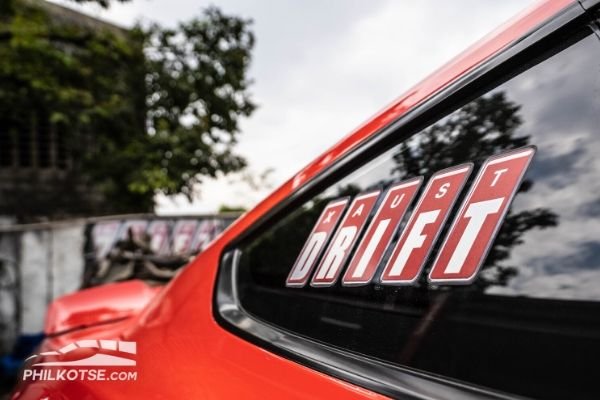 GM takes pride in Drift Xaust as a quality product

Sometimes you have to make your own

Here comes the most interesting part. GM prides himself in the quality of his product that he is confident enough to install it on his baby. Drift Xaust’s intake and exhaust system are all bespoke for each individual car’s needs or client requests.

Starting off from the Drift Xaust K&N intake system with a heat shield to minimize the amount of warm air coming into the combustion chamber, as you know you have to keep the intake air cooler to optimize performance.

It then heads off to their very own in-house manufactured long-tubed headers leading to bespoke Drift Xaust dual downpipes with flex pipes then ends out to Drift Xaust True Dual Catback with dual exits that finally terminate to 4-inch quad exhaust tips. The interior is left pretty much stock, but beautiful nonetheless

Of course, installing new intake systems might need further tuning and that he did. The ECU has been re-tuned to handle the increased airflow. GM also has a new product called the Drift Xaust Speed Booster. It is pretty much a throttle response piggy-back controller.

This is necessary as newer cars use drive by wire technology which is different from mechanical cable-operated throttle bodies in a way that some delay may be off-put by this.

The Speed Booster resolves this by altering the throttle’s responsiveness. In heavy gridlock traffic, this is essential as you never know when you might need all that power to avoid obstacles or speed away.

Massive 20-inch wheels from Concept One Complement the bodywork well

GM knows best for his own car and after doing his own research he is happy with the mods he’s placed in it. He was somewhat dissatisfied when he first got the car. As the engine was a tad more refined than what he is expecting. Now the idle sound just growls and bites making its presence heard every time his car drives by. The Ford Mustang is one of those classic cars that no matter what the generation will always look badass. The perfect setup always calls for minimalist and practical design decisions and GM seems happy with what he currently has.

GM is one of the most humble and best persons I know. And he drives a mustang!

For more information about Drift Xaust contact them at +639174646222. They are located at Valley Fair Town Center, Ortigas Ext. Taytay Rizal.

>>> Read more about other "car of the week" featured on Philkotse

>>> Find yourself an affordable Ford vehicle in our Ford cars for sale section.

Make sure you keep your eyes glued to Philktose.com for more news, reviews, and insights on Philippine motoring!