Nissan GT-R vs Ford Mustang: Godzilla vs The FAHVO

We pit the Nissan GT-R against the Ford Mustang: It ain't pretty.

Ahhh, time to open another large can of wriggly and possibly, very aggressive worms! Why? Because this time we’re comparing two performance cars that come from two very different cultures, one American and one, Japanese.

One bordering on supercar levels, while the other (without counting the Shelby ones) is a full-blooded muscle car. We can even say that it’s like comparing apple and oranges, but we just couldn’t help ourselves, couldn’t we?

It’s the Nissan GT-R vs the Ford Mustang comparison article! Before getting on to bashing these two cars together though, let’s get some similarities out of the way first.

Number 1, both of their primogenitors can be traced all the way back to the 60’s and second, both of them were meant to win races.

With the GT-R, it was the first Skyline GT-R. So yeah, the GT-R name in the beginning wasn’t even its own model and the current one that we know of; the Nissan GT-R, isn’t exactly a direct descendant of the Skyline GT-R range.

The Mustang in contrast is a true successor to the initial 1965 Mustang.

As we’ve said countless times before in other car comparo articles, it’s not simple pitting one car’s design against each other because when it comes to looks, that can be very subjective. That point is greatly emphasized here on this article because the GT-R is vastly different than the Mustang in terms of looks.

The former is a modern marvel of engineering while the other is a powerful nod to the classic muscle cars of the 60’s. It’s like comparing a modern and nifty Casio G-shock watch with a classic looking Seiko Diver’s watch. Regardless, we really get what each car is going for.

The GT-R is designed down to the atom to be a monster track car and the Mustang, while also capable on the track, draws more on the nostalgia of the muscle car scene. 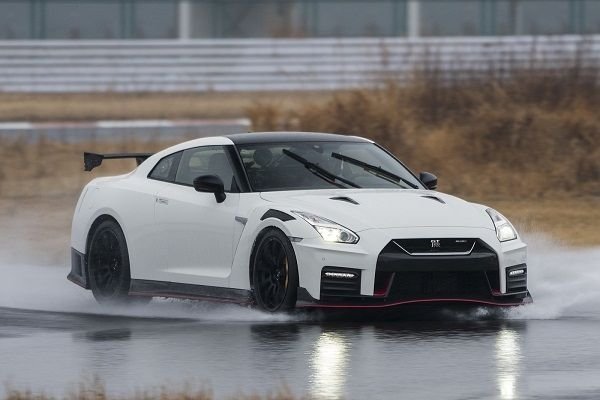 The Nissan GT-R. A fully modern sports car is quite a departure from the Skyline GT-Rs that came before it. 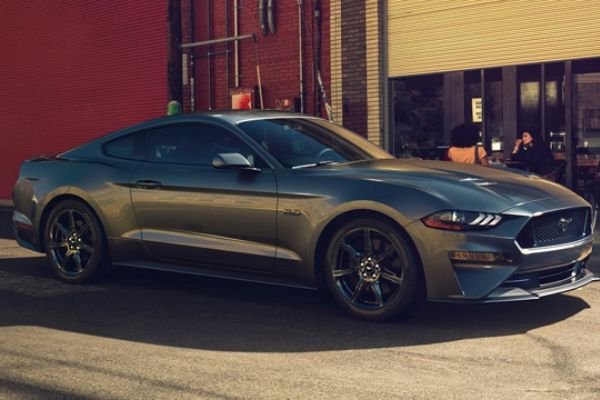 While the Mustang is directly influenced by the old 'Stangs that came before it.

If we have to compare these two car’s interiors in terms of specs and numbers, all we can say is that it’s all over the place.

The Nissan GT-R is shorter while the Mustang is longer, but the former has a smaller boot space than the Mustang. Both can seat two but considering that the Mustang is a bit longer, it might have more space seats?

Noticed that we’ve phrased that as a question? Well that’s because that last statement’s a bit of a stretch because any sane person would know that these two cars almost have no room at the back. If you want to put your friends there for a long road trip, well…they might no longer be your friends when you get back home.

Regardless, here’s a table of the Nissan GT-R vs Mustang’s interior features side by side:

As you can see from the table above, both the Nissan GT-R and the Ford Mustang’s top of the line variants are equally equipped to make your comfortable while ripping through the race track (hopefully). The Mustang however does have Sync 3 which is better than having nothing in terms of phone centric connectivity. 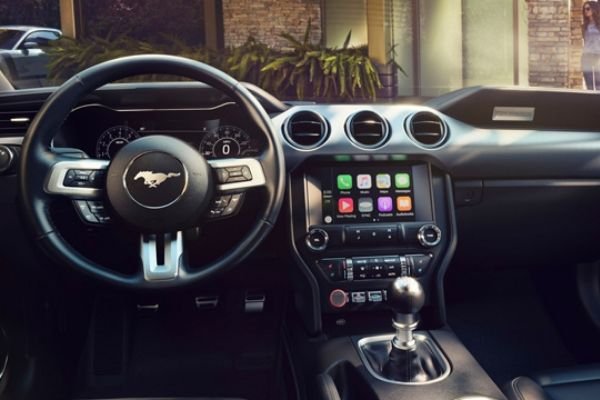 Inside the Mustang is a simple interior that works. It is comfortable but yes...a tad simple.

In terms of interior arrangement and style factor, according to Ford Mustang reviews by Philkotse experts, its interior is much more rustic than the GT-R. However, rustic can also be another word for messy because the GT-R’s interior simply leaves the American made muscle car in the dust.

For the Asian market GT-R Nismo, we get Recaro seats, a lot of performance related measuring devices built into the touchscreen unit; you can view how hot (or cold) your oil is, your boost levels, how much g-forces are wracking you on a particular corner, and many other parameters.

Apart from those nifty little things that’ll make any car guy squee, there are details that any consumer would appreciate from the Nissan GT-R like the abundance of suede on the dash. Woohoo.

Alas, you really get what you’re paying for when you’re getting a Nissan GT-R. More so when it’s the NISMO variant. 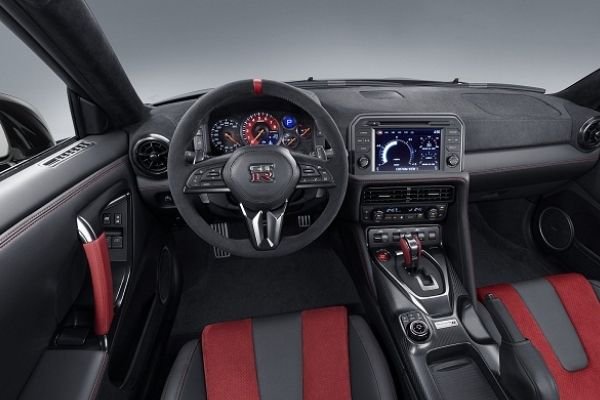 Whereas on the GT-R, the suede on the dash alone is heaven to the touch.

Apart from the interior, this is where the GT-R will obviously make the Mustang cry “uncle”. Check it out:

As another Philkotse writer had put it: “Kawawang Mustang.” Translation: "Poor Mustang."

Well if it isn’t obvious to you yet, the GT-R, even the lower variant, is much more powerful than the Mustang 5.0. 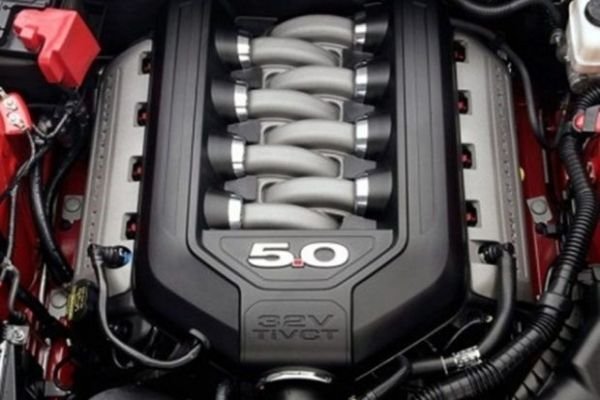 While the Ford Mustang has more cylinders and a larger displacement, the GT-R NISMO’s twin-turbo V6 makes 608 horsepower. To make it fair-ish to the Mustang, the GT-R premium’s V6 which IS NOT NISMO tuned can make 570 horsepower. That’s still 110 horsepower more than the Mustang’s V8. That’s more than what most B-segment subcompacts available today can make. Yeeesh.

In addition, the Mustang’s rear-wheel-drive simply cannot compete with something like the ATTESA E-TS AWD, which aboard the GT-R NISMO is an insanely advanced and almost perfect all-wheel-drive system that uses TWO driveshafts and a series of electronic sensors and hydraulically actuated clutches.

It even has a freaking yaw-rate feedback control system which actively manages slip angle when approaching a corner. In simple terms; the GT-R has an insane amount of grip. Once again, the Japanese have taught us that there is indeed a replacement for displacement.

All in all, these two vehicles are kitted out with the appropriate amount of safety gear for the power they make. Note though that these two DO NOT have ISOFIX.

In terms of differences, the GT-R doesn’t have knee airbags and it doesn’t have hill descent control. But you can deal with that by engine breaking if you’re not a noob.

>>> You might want to read: Camaro vs Mustang: A specsheet battle of two long-time rivals

Despite all the good things that come with the Nissan GT-R, there’s one humungous hurdle that a would stop you from getting one; the price.

As you can see above, the cheapest Nissan GT-R’s price is a 100k short of 9 million pesos. For us here in the Philippines, that’s bordering on supercar money. For something so dedicated to going fast on a racetrack, only a FEW people will be able to get a taste of Godzilla.

As for the Mustang, it’s plain to see why we get to see more of these on Philippine roads. The 2.3 Ecoboost variant’s price is MUCH more accessible. 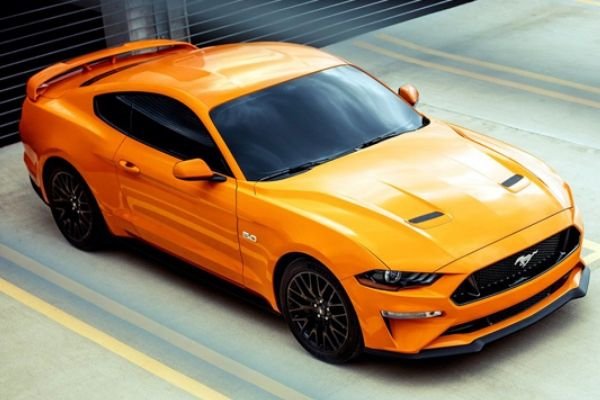 The Ford Mustang GT in glorious orange. Whatever color it wears, the Mustang will never be uncool.

Regardless of that, there’s one thing that bother’s many people; why is the manual version of the Mustang here in the Philippines a freaking convertible?

As a closing statement to this GT-R vs Mustang comparo though, we acknowledge that comparing the Mustang against the GT-R in the first place isn't fair because the latter belongs to a whole 'nother category altogether. We also like the Mustang for what it is; an accessible yet really powerful muscle car that you can ride daily and on the track. Also, we like the GT-R. It's a testament to what a group of determined engineers can do and each GT-R made is a testament to their ingenuity and talent. 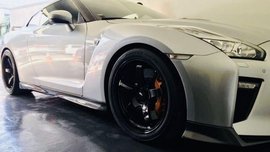