Front Wheel, Rear Wheel or All-Wheel drive: Which is better?

For most drivers knowing what kind of drive their car has: Front Wheel, Rear Wheel or All-Wheel drive will help them handle the car better.

Many drivers are unfamiliar with the technical aspects of these three configurations. Even veteran drivers need to know which is better between the front wheel, rear wheel or all-wheel drive to make up for their handling differences.

These powertrains have peculiar traits that can be exploited, as well as negative aspects drivers need to compensate for in daily driving.

Philkotse.com will explain the difference between these three configurations, to help drivers understand their cars better and how to take advantage of their respective attributes in various situations. 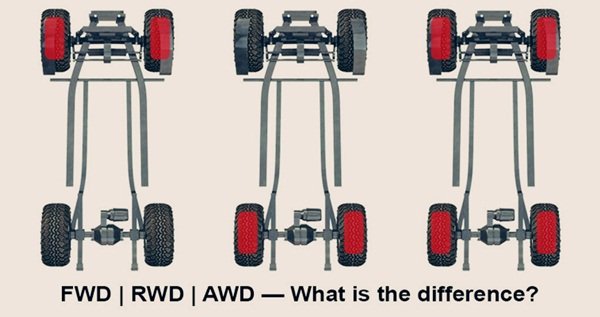 Front Wheel, Rear Wheel or All-Wheel drive: Which is better?

Most production cars today use front-wheel drive. This kind of power train is less complex to implement and does not cost much since all the power is transferred directly to the front axle of the car.

This also provides a measure of safety for when the car loses grip since the weight is concentrated on the front-end of the car, aiding traction. New drivers find it easier to drive an FWD car

FWD vs RWD vs AWD: Know How to Handle Your Junk!

This is the first drive configuration used in the beginnings of the automobile. Compared to FWD cars, RWD can handle more horsepower and torque., which is why it is used on pickups, SUVs, and high-performance vehicles as standard equipment.

The cost of implementing RWD is a bit more expensive, however, and these days it is only reserved for utility vehicles such as trucks and SUVs. Some tuners prefer to use RWD cars as the canvas for their modifications, in much the same way that muscle cars and other performance cars are used.

>>> Worth to note: 4 simple methods to tell if a car is a front-wheel drive or rear-wheel drive Similar to four-wheel drive (4WD), AWD comes in both part-time and full-time configurations, such as those equipped in crossovers, SUVs, as well as cars for improved traction on any road surface.

AWD distributes power to all four wheels, using sophisticated sensors to focus that power to where it is needed most in reduced traction situations. 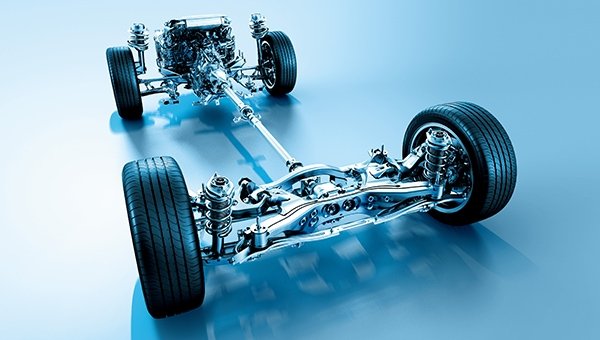 >>> Read more: Top 5 best AWD cars for the money in the Philippines

Which is better between the front wheel, rear wheel, or all-wheel drive? All of them have particular strengths to offer; it all boils down to which configuration has the most advantages you can live with.