4WD vs AWD: Getting a grip on the road

4WD and AWD are fundamentally two different concepts, but both play an important role in keeping your car right side up, whatever the driving conditions.

One of the most important things that a vehicle worth its wheels should excel in (or at least perform acceptably) is traction, or that force which causes a moving object to stick against the surface it is moving along.

It’s traction that provides grip and ensures that the engine’s acceleration and torque are  properly transmitted and utilized on the whatever surface it is on at a particular point, while keeping the vehicle stable.

4WD vs AWD: What's the difference?

While regular passenger cars should be able to provide adequate traction for everyday driving conditions, more specialized vehicles such as SUVs and sports cars are engineered to deliver higher amounts of traction for more demanding situations, such as off-road driving or simply to cope with the engine’s higher output.

There are typically two ways for a vehicle to get more grip on a given surface: four-wheel drive (4WD) or all-wheel drive (AWD). As car manufacturers strive to outdo each other in trying to up their respective sales quotas, the terms 4WD and AWD are often used interchangeably, sometimes to the confusion of their potential customers.

Let’s look at the similarities and differences between 4WD and AWD cars.

The Differences Between AWD and 4WD cars

The term four-wheel drive or 4WD refers to a vehicle that uses a front and rear axle, with a drivetrain capable of delivering torque simultaneously to all four wheels by locking them together so they all spin at the same rate. This setup typically employs front and rear differentials linked by a transfer case. By default, a 4WD vehicle runs on rear-wheel drive (RWD), where the engine powers the rear wheels through a driveshaft. The transfer case on a 4WD vehicle enables switching between 2WD and 4WD drive modes, either manually (via a secondary gearshift lever or an electronic switch on the control panel) or automatically. The former is also referred to as part-time 4WD, because they primarily operate in 2WD mode until the driver, or the system’s on-board computer, decides to engage all four wheels depending on road conditions. In either case, an additional output driveshaft splits the torque with the front wheels, while providing the driver with an expanded gear range.

While most 4WD vehicles split torque evenly 50:50 between the front and rear wheels, some types run with a rear-wheel bias, meaning that the rear wheels still get the bulk of the torque from the engine. For example, a 4WD vehicle running on a 30:70 ratio means that 30% of engine torque goes to the front wheels, while 70% is transmitted to the rear wheels.

Generally, 4WD systems are intended for use in extreme off-road driving conditions, which is why they are commonly found on vehicles that have a raised ground clearance, equipped with shielded underbodies and use large, knobby tires, such as trucks and SUVs.

Most 4WD setups offer a high and low range. High range is the default setting normally used for slippery surfaces such as sand or loose gravel, while low range is especially useful in multiplying engine torque for pulling, climbing or descending in low traction situations such as mud or deep snow, especially if the vehicle is under load; it sacrifices acceleration for monster pulling power, in addition to aiding the vehicle’s braking systems.

If you can't tell which type of car you are driving, you can take a look at our guide on how to tell if a car is front wheel drive or all-wheel-drive.

Meanwhile, all-wheel drive or AWD refers to a vehicle that also capable of splitting torque between the front and rear axles, but the setup is usually more flexible; a 4WD setup, for instance, cannot be safely used on dry pavement because it locks all four wheels, placing severe stress on the drivetrain. 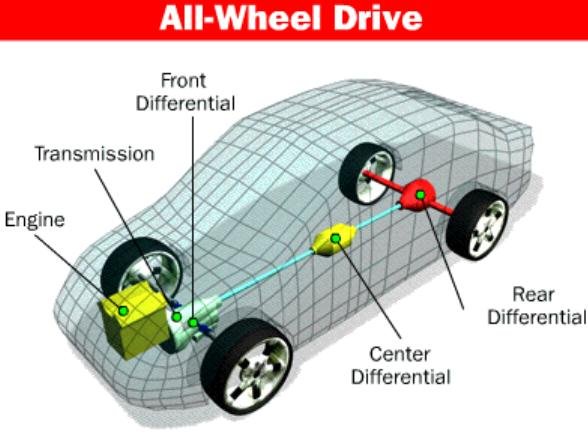 An AWD system uses a center differential that automatically sends torque to all wheels when the car senses that the road surface requires extra traction. Unlike 4WD systems, AWD lacks the locking feature for the differential (called a viscous coupling or multi-plate clutch) between the front and rear axles, although it is capable of limiting slippage if the system senses a low traction situation. The open differential avoids transmission wind-up by allowing each axle to turn independently while still receiving torque.

Some cars, such as the Porsche 911 Turbo, use a permanent or full-time AWD system that can divert up to 100% of the engine torque to either the front or the rear axle as the situation requires. Others, such as the Honda CR-V, operate a part-time AWD system that runs on front wheel drive (FWD) mode by default, supplying power to the rear wheels only when traction loss is detected. A difference between AWD and 4WD is that the former typically lacks the low range gearing common in off-road vehicles, making it unsuitable for high torque applications that such vehicle require. Apart from crossover vehicles that engage in light off-roading at most, AWD systems are also found in high-performance vehicles such as sports cars, helping them keep up with their high engine output and improving their grip on normal roads.

2.1. Advantages of 4WD and AWD vehicles

Both 4WD and AWD offer the following benefits:

The added traction that a 4WD or AWD car possesses enables it to accelerate better than an equivalent two-wheel-drive vehicle, especially in unfavorable weather conditions. To propel the car from a standstill, traction will need to be equally distributed to all four tires, compared to either a FWD or RWD vehicle where traction duties will be borne solely by two wheels. 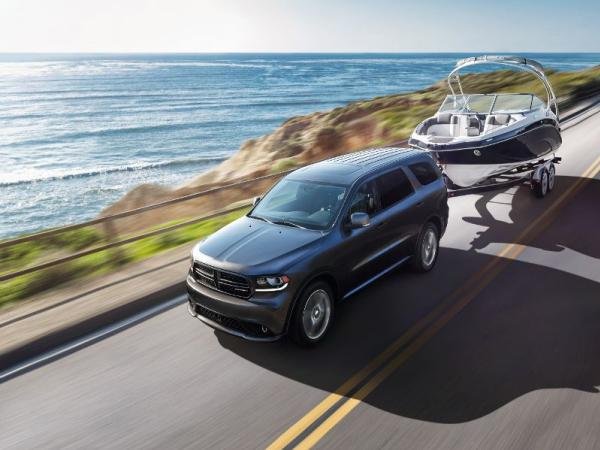 While a truck or any similar load-bearing vehicle won’t be needing the extra grip on dry pavement, it’s a different story when hauling something large and heavy along a slippery inclined surface, or loose terrain with a high likelihood of getting stuck.

AWD vehicles can better tackle twists and turns on the road, including cornering at speed, especially when complemented with torque vectoring. Engine torque will be distributed to all four wheels, at the same time freely regulating torque output to the rear wheels. This reduces the chances of encountering either understeer or oversteer, resulting in better cornering ability.

If you live in a mountainous area such as Baguio or Rizal that has lots of steep passes or twisty uphill roads, chances are your 4WD or AWD car will command a higher price in the used car market. People are willing to pay a premium for vehicles that will give them an added advantage in a particular driving environment.

2.2. Disadvantages of 4WD and AWD vehicles

However, 4WD and AWD vehicles also have their share of shortcomings:

Such specialized systems can easily tack on tens (sometimes even hundreds) of thousands of pesos to the sticker price of a brand-new vehicle, compared to an equivalent 2WD model. Also, 4WD and AWD cars will require periodic fluid replacements. Granted, it’s not as often as changing engine oil, but it’s an added expense nonetheless.

What’s more, these will cost more to repair than conventional 2WD differentials. These are acceptable cost items if the vehicle will be used in conditions it was designed to perform in, but if the car will largely be used in urban environments with very little off-road use, then you may want to consider another model. 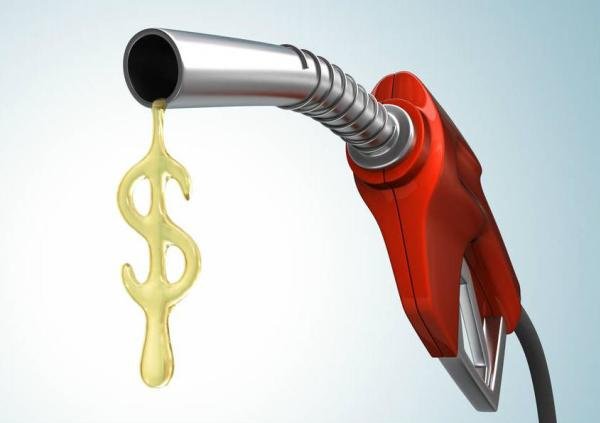 For 4WD and AWD vehicles, the cumulative cost will be significant

Added components mean added weight for the vehicle, which means higher fuel consumption, ranging from 0.4 to 0.8 kilometers per liter. The rate of decrease typically differs between cars and crossover SUVs (between 4 to 9 per cent) and trucks (between 5 to 10 per cent). It may not look like much at face value, but add it all up in a daily-driven car used for a year, and the cumulative cost will be significant.

Having 4WD or AWD car doesn’t necessarily make driving in sand, mud or rain as easy as driving in wet weather. While their primary advantage lies in acceleration and traction, there’s still a fair amount of caution involved when driving in less-than-optimal driving conditions. Furthermore, handling and braking distances will still be the same as those in 2WD vehicles.

Whether you go for a 2WD, 4WD or AWD vehicle, always consider the regular driving conditions that you intend to subject the vehicle to, before finally deciding on your purchase. Despite the costs of acquisition and maintenance, this will help you get the most out of your car of choice for years to come. 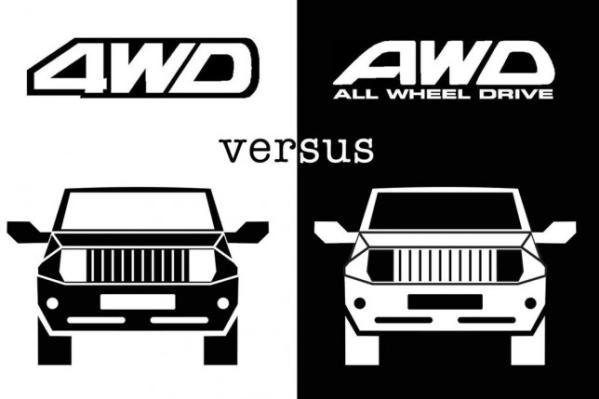 Last but not least, if you are looking for a capable SUV, make sure you are aware of these 8 SUVs that look formidable yet are more dangerous than you think.