Read on to learn about the different engine configurations vehicles commonly have here in the Philippines.

We’ve recently talked about car layouts and most of you dear readers will definitely be more familiar with the term and what it entails. However, when it comes to the engine part of a vehicle, another engineering term in relation to the layouts must also be learned.

You do want to become a very knowledgeable expert in all things automotive, don’t you? Of course, you do! Now it is definitely safe to say that most of us are familiar with what an engine is and how it works.

To recap, an engine or in the context of cars, an internal combustion engine uses the energy generated from miniature explosions made by air, a spark and fuel inside a combustion chamber which pushes the pistons which in turn rotates a shaft that then gives our vehicles that oomph. In short, it converts chemical energy into mechanical energy.

To no surprise at all, there are a vast amount of engines types out there. And to make it more confusing, many of these can either be organized into equally vast amounts of classifications like by valve placement and by camshaft placement.

So, in order to keep it simple, we just have to limit the scope of our article to engine configurations common with vehicles released here in the Philippines by piston motion.

Let Philkotse.com start with the most popular

Also known as a straight engine, this kind of internal-combustion engine has all of its cylinders aligned into a single row and is usually found with four, six and eight cylinders.

In our case here in the Philippines, one may find an inline-4 (an inline engine with four cylinders) in affordable front-wheel drive vehicles like the Toyota Vios, Honda Civic and City, Honda Brio, Hyundai Accent, Kia Rio, the Toyota Wigo and many others.

This is because a straight engine, especially with only four cylinders, is vastly easier to produce and develop that the V engine and the “boxer”. While the inline-4 enjoys popularity nowadays because of this, its larger brothers like the inline-6 (straight-6) have become rarer as manufacturers have instead opted for the smaller inline-4 and v6 engines which are now both smoother to run due to advances in technology.

Another thing that adds to this is that mileage nowadays has become very important for the typical consumer as more cars have become tinier.

Modern car designs like those we have listed above simply do not have large enough engine bays for an inline-six. The large and powerful inline-8's also had also declined in its use due to numerous engineering problems from the likes of the Alfa Romeo 8C specifically their ridiculous size, weight, and vibrations. Despite producing power, ingenious ways have been developed by manufacturers to squeeze every ounce of power the inline-four has. One of this is forced induction as seen from the 9th and 10th generation of Honda Civic Type R’s.

Aside from economy cars, the inline-4 has also been used in other applications like midsize SUVs, MPVs, and vans especially with models released here in the ASEAN region.

The V engine or what some call the “Vee Engine” is another configuration for the internal combustion engine where the cylinders and pistons are lined up to two separate banks and thus if viewed from the axis of the crankshaft, forms a “V”.

Because of this, V engines tend to have a shorter overall length in comparison to the Inline engines. It is also less favored by manufacturers of performance cars here in Asia especially the Japanese because inlines are more inherently balanced and thus produces much fewer vibrations than V configurations. A V6 engine from the Honda Accord

Japan also assigns higher taxes to engines with larger displacements so operating and maintaining a V8 in Japan and by extension, the rest of Asia can be an expensive ordeal.

V engines like the previous configuration we’ve described can come with six, eight, ten, and twelve cylinders where the v6 and v8 see regular use here in the Philippines albeit still rare.

Examples of vehicles using a V engine here are; The Toyota Land Cruiser 200, older versions of the Toyota Camry, some variants of the Honda Accord 2019, and some variants of American made muscle cars like the Mustang and Camaro.  The more powerful V10 and V12 are still commonly used in supercar or hypercar applications like The Lamborghini Huracan Performante and the Mercedes SLS AMG. Now the boxer engine, like the other two is also a combustion engine that was patented long ago by Karl Benz, yes that Mercedes-BENZ which instead of the upright (inline) or the slanting (V) cylinders, has its cylinders and pistons lying down in horizontally opposed positions and actions.

This configuration has been called the boxer because each pair of the pistons are moved inwards and outwards together like a boxer throwing punches. Due to the low slung nature of the boxer engine, it has a low center of gravity which to some extent can greatly reduce that body roll which annoys some drivers. The Boxer engine looks flatter than the other engine layouts

Reduction in body roll can also enhance handling and as such, it is favored by brands like Porsche whose cars are known to be stable while blasting through corners. The Subaru models meanwhile typically use a four-cylinder boxer engine to drive their AWD platforms.

Another car of note to use the boxer engine is the very popular Toyota 86 2-door coupe which was a result of a joint venture between Toyota and Subaru.

The Toyota 86 is probably one of the biggest reasons why the boxer engine has gained a ton of popularity here in the Philippines as it is plain that not only the 86 itself is popular but spare and aftermarket parts and mechanics for the car’s 4-cylinder flat four have become more prominent. 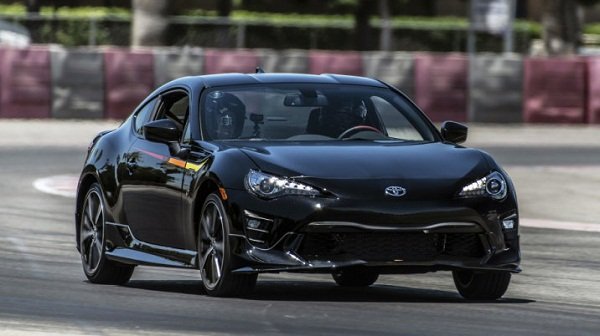 To wrap it all up, we’ve talked about the popular inline engines, the powerful V engines, and the compact and agile boxer engines.

Mind you, there are a lot more engine configurations out there that have an equally interesting story to them like the rotary engine that older Mazda’s like the legendary RX-7 and the RX-8 uses. Those other engines deserve an entirely separate article as they are as interesting as the vehicles they power.