What is a stroker engine?

The used car you bought could come with a stroker engine.

1. What does a stroker engine mean?

There are numerous types of engines that we probably have heard of by now. With the continuous innovations the automotive industry is having, it is not a surprise anymore that one day we might drive a car with an unfamiliar and a new engine.

However, there is one type of engine which is probably not as commonly heard by most these days, and that is the stroker engine. So, what is a stroker engine? A stroker engine is, actually, simpler than it sounds. This type of engine only means that its engine size, or displacement, is modified or reworked to yield higher horsepower or torque output, or even both. The application of stroker engines is widely seen in race tracks and drag strips as the common use of this type of engine is to achieve higher power. So yes, using a stroker engine is one of the many ways you can increase the power of your car’s engine.

Some of the common ways you can increase the power of your car are installing turbos that will kick in especially at high speeds, using performance tires for better traction on the road, and reducing the weight of your car by removing seats, panels, and body kits. There are two main aspects of a stoker engine that we have to know to get started. These two include the engine’s bore and stroke. Bore refers to the diameter of each cylinder. It is the round shape you see when you remove your car’s cylinder head. Even if you are not the one working on your car, we’re pretty sure you have seen one at least.

On the other hand, stroke refers to the distance a piston travels within a cylinder. Each stroke is responsible for keeping an engine cranking or moving. There are four common strokes used in almost all the cars you see. There are also two strokes but is mostly used by motorcycles only. Two-stroke engine cars are prominent around the 1950s so it’s unlikely to see one these days. 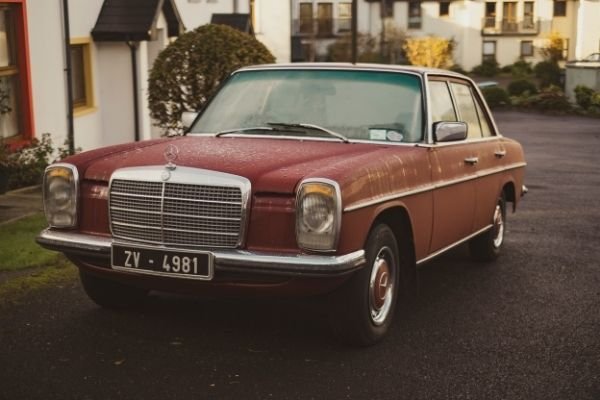 Even the engine of old cars can be stroked

The first stroke in an engine is called the intake. This is the part where a mixture of fuel and gas is inducted into a cylinder and is dragged down along the piston going at the bottom dead center position. The second stroke is called compression. From here, the piston is moved straight up along the cylinder at the top dead center position and compresses the fuel and gas mixture.

The third stroke is called combustion. As the name implies, the air and fuel mixture is ignited by a spark plug located at the top of the cylinder. The ignited mixture then expands and produces power. This power is used to rotate the engine crankshaft through the piston going down by force at the bottom dead center position. Most motorcycle engines come with a 2-stroke engine

The final stroke is the exhaust. This is the part where the burned fuel is released out of the cylinder through the exhaust valve. The position of the piston returns to the top dead center and is now ready to repeat the stroke back to one.

With all that in mind, increasing the size of the bore results in higher power output. Why? The more the engine size, the more air it can take. And the more a cylinder takes, the more power it can put up. A longer stroke will also increase the size of the cylinder when a piston is at the bottom dead center position. Even if you have a huge amount of cash to rework your cylinders, increasing the size of the bore and length of the stroke come with limitations. This is limited by the construction of the manufacturer of the engine.

When engineers design an engine, they don’t intend to make room for owners to build a stroker engine. The size of the bore is limited by the engine block, while the length of the stroke is only limited by the length of a cylinder. The actual numbers depend on the specifications of an engine.

2. What is a stroker kit for engines?

Stroker kits are the parts used to modify an engine’s bore and stroke. These stroker kits are available in the aftermarket intended for those who wish to add more horsepower and torque to their car. Of note, if you decide to add stroker kits, it is highly recommended to call your mechanic as the installation process can be critical in the operation of your car’s engine.

These kits include cylinder heads, piston pins, piston rods, and a crankshaft. Take note that the price of stroker kits can be relatively expensive. This means that there are two aspects that you need to consider when building a stroker engine, namely the construction of your engine and your budget.

>>> Related: OEM vs Aftermarket car parts: All you should know about its Pros & Cons

3. What is a stroker engine: FAQs

Q: What is a cylinder bore?

A bore refers to the diameter of each cylinder. Widening the bore will increase the horsepower and torque of an engine.

Q: Can I increase the size of my engine?

Yes, you can. There are two engine aspects that you need to know when increasing the size of your engine. These include cylinder bore and compression stroke.

Q: What is a compression stroke?

A compression stroke, or just stroke, refers to the distance a piston travels in a cylinder. Most cars these days come with 4 stroke cycle to keep an engine cranking.

Q: What are stroker kits?

Stroker kits include parts that are used to increase the compression stroke and cylinder bore. Some of which include cylinder head, piston rod, and piston pin.

Q: Is it ideal to build a stroker engine?

Theoretically, a stroked engine comes with increase engine size. This means that it consumes more fuel resulting in greater fuel consumption. But if you enjoy greater power, then you can consider stroking your engine.