Everything you need to know about torque

While speed is impressive, it all starts with getting the engine running first.

We often hear the words “horsepower” and “torque” when talking about engine output. Horsepower sounds simple enough; a unit of measurement indicating power, or amount of work done. To visualize it in practical terms, one horsepower represents the equivalent energy needed to:

Horsepower often gives us an idea of how fast a car can go; the higher, the better. But what about torque? Would you be impressed by an engine with relatively lower horsepower but higher torque? Let's find the proper answer with Philkotse.com

1. Torque and what it measures

Torque refers to the rotational or twisting force generated by the engine’s crankshaft; also referred to as strength or pulling power. Torque is created when a conventional combustion engine rotates around an axis. Note that torque does not necessarily have to result in motion, but when it does, then it’s referred to as “work”. The higher the torque, the greater the engine’s capability to perform work. 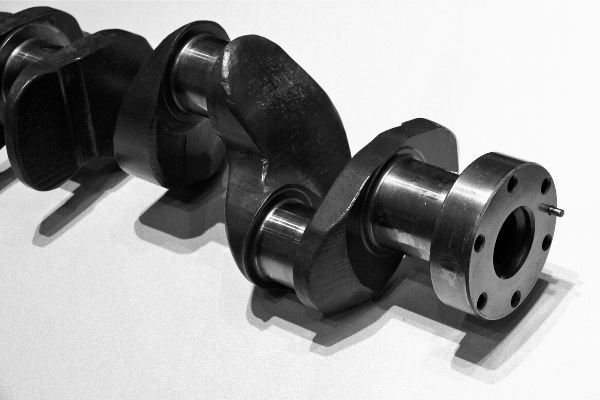 Torque is the twisting force generated by the crankshaft

It’s easy to believe that horsepower is the star of the show, by virtue of it being mentioned first when talking about engine output. In truth, however, it all starts with torque.

Imagine opening a jar of peanut butter or mayonnaise that you bought from the supermarket. Struggling with the sealed lid, you huff and puff even as your hand starts to hurt, while the lid refuses to budge. The force that you exert on the lid, regardless of whether you get to open it or not, is torque. When you finally loosen the lid, the next step is to spin it quickly so you can open the jar. That’s when horsepower is applied. Torque loosens the jar lid, while horsepower spins it open

In other words, horsepower is a consequence of torque. Before you benefit from all that horsepower that an engine possesses, you’ll need torque to get the motor running in the first place.

>>> Related: Torque and horsepower: What is the difference?

2. How to measure the torque

How to measure torque with the torque wrench

As a twisting force capable of generating rotation, torque can be measured. An example of demonstrating torque, apart from the jar example above, is when you tighten a bolt with a torque wrench. The formula for determining torque would be:

Let’s say that the wrench handle is being held at exactly 1 meter from the bolt, and a force of 20 Newtons is required to turn that bolt. The resulting torque (20 Newtons x 1 meter) would be expressed as 20 Newton-meters (Nm). Moving another meter farther up the handle effectively reduces the effort it takes to turn the wrench by half (10 Newtons x 2 meters), while resulting in the same torque figure. 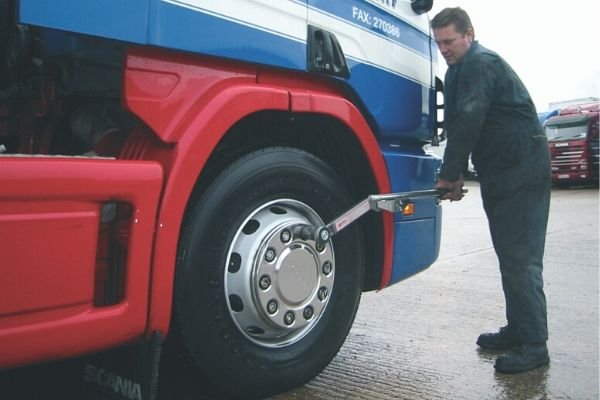 >>> Related: A detailed explanation of car's BHP and Torque

How to calculate torque from horsepower

Meanwhile, engine torque from horsepower is calculated by multiplying horsepower with a constant figure (5,252) then dividing the product by engine speed (expressed in revolutions per minute or RPM). Determining the torque on a 300-hp engine spinning at 2,500 RPM, for example, would be like this:

In automatic transmissions, a torque converter is a fluid coupling that connects the combustion engine with a rotating given load. Converter sizes are typically based on the approximate outside diameter of the turbine casing, with measurements rounded off to the base dimension. For example, a converter with a 245-mm core translates to 9.6 inches in diameter- but is commonly referred to as 9 inches. 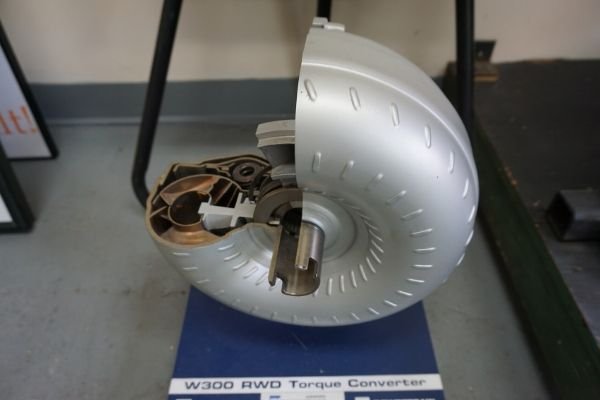 How to measure torque converter diameter

Another way on how to measure a torque converter’s size is through its bolt circle diameter or BCD, the diameter of a circle passing through the center of all bolt holes. Measure the distance between the center of one bolt hole and the middle of the center hole, then multiply by two.

The smaller the diameter, the higher the stall speed, or the RPM at which the converter transfers engine power to the transmission. Stock torque converters have a diameter of 12-13 inches, with a stall speed between 1,600-1,800 RPM, making them optimized for fuel economy and drivability.

3. The importance of torque in cars

While horsepower emphasizes speed, torque is the vehicle’s ability to accelerate at low engine speeds. It’s what moves the car from a standstill, allows it to go up steep roads, and makes it pull heavy loads.

Torque is more easily accessible in lower gears, which is why you need to downshift when overtaking, regardless of how much horsepower your engine packs.

Let’s assume that a stock race car and a dump truck each have the same horsepower rating. Can we conclude that they will both perform the same way?

Not likely. In the race car, the gearing utilizes the torque for speed. The car’s relatively small size and lighter weight mean that it doesn’t need as much work to launch it across the ground, leaving lots of horsepowers to spare.

The dump truck, on the other hand, uses the output differently. Since it has more mass, it can’t attain the same speeds as the race car. However, the truck’s own gearing is oriented towards pulling and pushing the weight. With the right engine and proper gearing, a truck can generate enough torque to pull loads that are more than twice its own weight. The next time you take a look at a car’s specifications, pay closer attention to the engine’s torque rating. The numbers you find might impress you more than mere horsepower can.

>>> Related: What is a stroker engine?