10 most popular car engine parts that you should know

The roles and importance of different parts of the car engine.

Under your engine cover is a great piece of engineering. Have you ever wondered of what's their functions are? Let Philkotse.com explore what is beyond the engine cover specifically 10 most-known parts of the engine.

The backbone of an engine of a car is the engine block. The engine block provides a case that contains the crankshaft, pistons, and occasionally the camshaft. Engine block does not house items only but it also consists of a range of machined sides.

The holes in the engine block that are machines are called as cylinders. An engine commonly contains 4 to 16 cylinders but it depends on the size. The block is possible to be constructed in many ways.

A V-engine has a form of cylinders while the cylinders are placed inline in an inline engine. If you want your car runs properly, you need to preserve it carefully, especially it will be extremely broken as what happens to your car for a long time unused. A piston is a cylinder-shaped piece of metal that is inside the cylinder. It moves up and down in the cylinder twice during crankshaft revolution. For example, if an engine is rotating at 3000 RPM, the pistons are traveling down and up 5000 revolutions per minute.

Pistons transfer the energy created from the combustion process in the crankshaft through the connecting rod and piston rod. The transferred energy by the pistons is the one propelling the vehicles.

The pistons contain rings also known as the “piston rings” that make sure that proper sealing is maintained. The pistons on modern cars are coated in a specific material which helps in the prevention of friction resulting in a longer life for pistons. 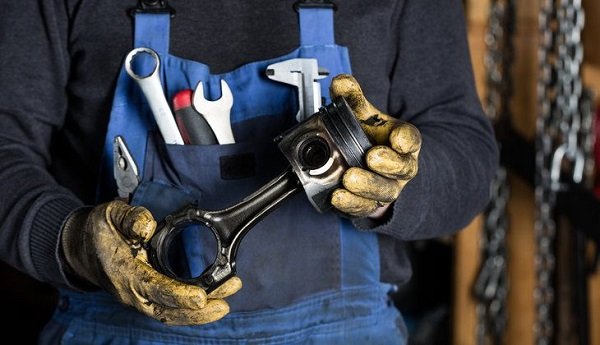 Most vehicles that have old rings that can no longer serve their purpose have to add a quart of oil every 1000 miles to replace the oil that has been burned. Nowadays, modern cars use advanced materials in its piston rings.

This is one of the reasons why the engine of modern cars last longer and can travel farther before doing an oil change. And now you can see that if you do something wrong with this kind of small piece, it will cause damage to the whole system. The crankshaft travels in the engine block’s lower section and rides with the journals. It is a finely balanced and machined component which is connected in the pistons by the use of a connecting rod. The crankshaft is the one responsible for converting the piston’s upward and downward movement into reciprocal or rotary motion. Moreover, this part rotates the same as the engine speed. The camshaft can be positioned whichever in the cylinder heads or on the block depending on the design of the engine. It is also called as the cam in a block engine if it is located in the engine block. On the other hand, most of the modern car engines have their camshaft placed around the cylinder head.

These modern car engines can be classified as SOHC (Single Overhead Camshaft) or DOHC (Dual Overhead Camshaft). The camshaft’s main purpose is to get the rotary or reciprocal motion of the engine and change it to upward and downward movement.

These converted movements will control the lifter's movement that will move the rockers, valves, and pushrods. Moreover, the camshaft is reinforced by a bunch of oil-lubricated bearings in order to ensure the long life of the engine.

Although the above-mentioned parts can be considered as the car’s engine lifters, a cylinder head is more like specific. The cylinder head is composed of many items such as the valves, pushrods, valve springs, lifters, rockers, and even camshafts depending on the design. 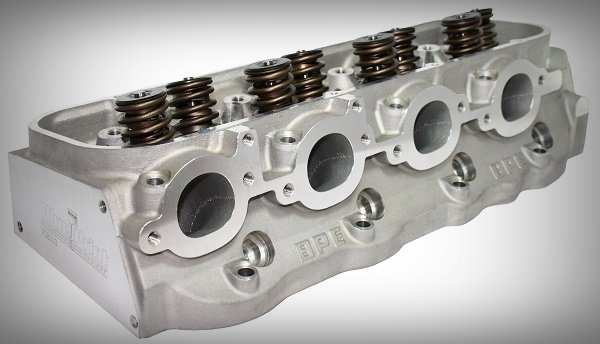 The spark plug provides the needed spark in order to ignite the mixture of fuel and air so that combustion will occur. The spark needs to happen at the right time so that things will work properly and no problem will occur.

The sump is at the bottom part of the engine and is surrounding the crankshaft. It contains some oil, which is collected in the oil pan. Although it is at the lowest position of your car, don't you assume that this part of the car less is important than others.

Oil is a fundamental material that activates your engine and its parts. Most creation autos have a wet sump oil framework, however, there are some engine uses dry sump oil system too. Sump contains some oil, which is collected in the oil pan

The connecting rod joins the crankshaft and the piston

The above parts are some of the well-known parts of a car’s engine. There are still more parts you need to know in a car’s engine: a bunch of fastener grasps all engine parts together; the oil and bearings in the engine prevent the wear of the parts and the timing chains.

Stay tuned and we will update more information for you on our tips and advice.