This article will explain what is car remapping and what makes it good or bad for your engine. Check it out!

As a car owner, we want to have the best driving experience with our cars. We also want to make sure that our car is at its best shape. Most car owners seek ways to enhance the looks and/or performance of their vehicle.

Speaking of enhancements,  we’re sure you’ve already heard of remapping. What exactly is ECU remapping? What can it do to the vehicle? Can it damage the car’s engine? If you have the same question, Philkotse.com will help you understand car remapping better.

First, let's tackle what ECU means and what’s its role in cars. It is evident that cars today have progressed so much compared to the old cars that are purely mechanical. New cars are now managed by advanced technologies and most of them are controlled by ECUs.

ECU or electric control unit is a chip with software installed with default settings for the car’s functions. Modern cars could have up to 50 or more ECUs that handles things such as the door locking systems, driver interface, airbag systems and many more. However, we are specifically talking about the engine control unit that controls a variety of systems within the engine like gear ratios, fuel flow variable valve timing, valve control, ignition timing, engine speed, and so on. 2. What is ECU Remapping and what does it do?

After production, the car’s engine control unit is then set to default which works in any part of the world. It takes into account the different factors like road conditions, climates, varying fuel qualities, and geographical conditions.

Remapping is the process of changing and modifying the existing code of the car's ECU or completely replacing it with new software to deliver more optimized performance, depending on the driver's particular requirement. Most modern cars have 2 important points in their map: the part throttle cruising and the idle. The ECU controls all the point in between in a pattern that is predetermined.

When a remap occurs, the patterns are altered and the car will no longer be controlled by the car's original and generic software. The default setting is the best generic setting for the car however, it may not be the most efficient setting for you and your particular requirements. If you’re looking for a boost in performance, remapping your vehicle’s ECU can modify the air and/or fuel ratios, gear ratios, and even the flow of fuel of the powertrain of your car at a slight cost of fuel efficiency.

If you have a working vehicle, let's say, a truck, company fleet car, or van which run for a lot of miles, then you might consider remapping the ECU to boost its fuel efficiency at a sacrifice of performance.

To sum it up, remapping ca make a pretty great modification for your car, allowing you to have a boost on power, performance, maximum fuel efficiency, and even limitless top speed. It all depends on how you alter it.

Remapping is absolutely a safe modification if the code is altered properly. So, when considering an ECU remap, make sure that it is done by a competent and reputable tuning company that can vouch for their tuning through research. You can also check if they have a list of testimonials and glowing reviews, that’ll help. 4. Is there any possible risk?

When remapping, always remember that the generic software is the guide on how the car should be handled. For example, when modifying the limited top speed of a car, keep in mind that it is limited for a reason – your car can go on a speed of more than 155 meters per hour. You should also remember that the car’s standard tires, brakes, and suspension are matched to the vehicle’s power output during the production. So, if you want to modify its speed, consider that it won’t be able to safely deal with the boost in speed and power.

As mentioned above, you need to be very cautious and careful in selecting the right tuning mechanic to avoid being scammed. Anyone with a laptop and right connections can get their hands on the software with the right plugs for your vehicle’s serial port. They might be promising you a big performance gain but their software might be hacked, outdated and/or cloned.

The worst case scenario when this happened is that your car’s ECU can get completely damaged causing total engine shutdown. This will require you to spend a big amount of cash for a new ECU. 5. Should you remap your car?

Many people ask the same question. Firstly, you should know that not all cars can be remapped especially if your vehicle is old, like the cars which were manufactured before 2000. Those cars are too old and don’t have the car remapping software which is needed in optimizing the performance of the vehicle.

One of the best ways to get the most out of your car is to have a performance remap, and yes, it is absolutely safe! As long as you have it done by a reputable and competitive tuning/remapping company. Just remember that boost power and performance has its own benefits and downsides. 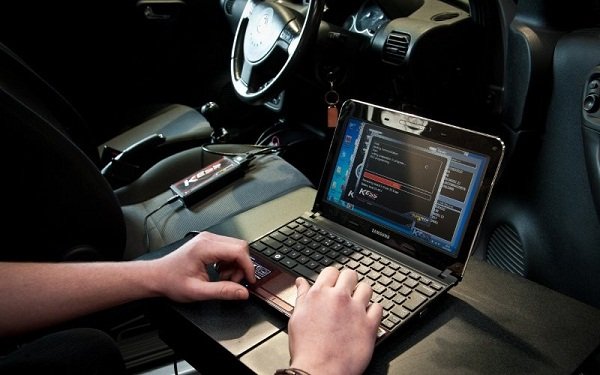 You should know that not all cars can be remapped especially if your vehicle is old, like the cars which were manufactured before 2000

Ask questions to your mechanic if a car remap is needed by your car. You can also ask questions to the tuning or remapping mechanic, but usually, they will explain the whole process, as well as their recommendations on what to boost and alter or if your car is really in need of a remap or not.  But rest assured, ECU remapping will not damage your vehicle or your engine.