What happens if leaving your car unused for a long time?

The list of the possible dangers and consequences if you leave your vehicle unused for an extended period.

No matter what you think of our country’s current public transportation system, the fact remains that several transport options exist, serving as incentives to not bring your car and risk being stressed out in city traffic.

Among other things, leaving your car at home means not having to worry about parking, fuel, and reckless fellow motorists. However, if you don’t use your car for extended periods, it may also have consequences. This Philkotse.com article highlights the dangers of leaving your vehicle unused for a long period of time.

When you leave your car for a long time, chances are, the engine will refuse to crank when you try to start it. One probable cause is the battery; since it gets charged every time the engine is turned on, the battery will gradually be discharged if the car hasn’t been used for quite some time.

Not running the car even for just a couple of weeks can kill the battery, and a dead battery means you won’t be able to start your vehicle. If you’re planning to put your vehicle in storage for a considerable length of time, make sure to disconnect its terminals.

The battery will slowly lose its charge without the engine

The tires carry the full weight of the car, and they generally maintain their shape under normal driving conditions. However, if the car has long been left in a stationary position, the tires will eventually become deflated, flat and warped.

Inflating it back with air might help, but it would still be unsafe to drive a car with tires that have been idle in the garage for too long. One problem area that might arise are bubbles that have developed within the tire. You may not notice them easily, but they can result in a blow out when you're driving, especially in summer at high speeds.

If the car is left in a stationary position, the tires will become deflated, rotten or warped

>>> Worth to note: How to prevent a flat tire - 7 handy tips for Pinoy drivers

Due to our ambient humidity, moisture can easily accumulate and build up in different areas of the car, such as the corners of the cabin, the gas tank, and the brake fluid reservoir. Excessive moisture in vehicles can lead to corrosion.

When that happens, the efficiency and safety of the car are compromised, and it becomes necessary to conduct repairs or replacements, either of which costs money. The bodywork is the first thing that people notice in a car, and it is also an important factor in determining the value of the vehicle. However, not all car owners have a covered garage to protect the car’s paint job.

If your car is parked outside without any protective cover against the elements, you’ll notice that the paint’s finish has turned into a lighter hue.

This is very common among cars that have been exposed to excessive heat since heat can damage the natural painting of the car. Sometimes the color will be dulled, or worse, visible cracks will appear on the bodywork.

Cars parked under a tree will fare no better, as tree sap or even bird droppings will adhere to the car’s finish, damaging the clear coat.

Excessive heat destroys the natural color coat of the car

The car’s fuel pump is one of the parts that can easily break down when the car is idle for too long. If there are no fluids flowing through, such as when the engine is running, it can lead to malfunctioning and might need replacement in severe cases.

As with a run-down battery, your car will not start with a fuel pump problem. What’s worse is that pinpointing the exact problem isn’t as easy as it sounds, at least to the ordinary motorist.

More often than not, the car has to be taken to a mechanic, who will properly assess if it’s the fuel pump that needs replacing or other components in the engine. When a car is idle for too long, the fuel pump can face problems

Aside from the transmission and engine, one of the costlier car components to replace is the gas tank. And just like the fuel pump, it is also one of the car parts that easily break down if the car is unused for extended periods. Exposed metals can develop rust, which is the root cause of damage on a car.

With the gas tank rusted, there is a high chance of gasoline leaking out, which can result in disaster if not addressed at once. If rust has been confirmed on your gas tank, you will need to replace the whole tank, the fuel pumps, as well as the pipes and valves that surround the tank to contain the corrosion and stop it from spreading to other parts of the car.

If the gas tank is rusted, there is a high chance of gasoline leak

After a long time of sitting idly, the car’s brakes and rotors are likely to rust as well. One way to check if the brakes are faulty is to listen for a grinding or high-pitched squeaking noise when you apply the brakes.

Before attempting to drive the car back on the road, the brakes and rotors should also be assessed by a mechanic, to see if they’re still good to go or need to be fixed.

After a long time of idleness, the car’s brakes and rotors are likely to rust

Insects and pests like cockroaches, spiders, rodents and even snakes can take up residence inside a car that has been left idle for a long time; they will want to use your car as shelter from harsh conditions outdoors.

Eliminating these unwanted visitors (especially tiny ones) is not as easy as it sounds. They can also distract you while driving, as these critters can suddenly appear out of the dashboard or under the seat and startle you, causing an accident.

Bigger ones such as snakes might seek refuge inside the engine bay, where they can interfere with the car’s mechanical operation and bring you to a sudden stop in the middle of your trip. 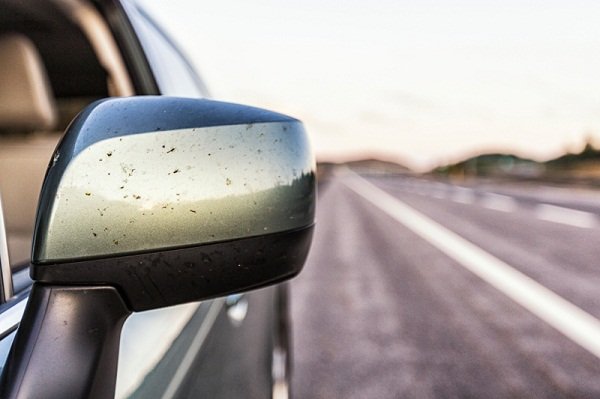 Unexpected bugs can take your car as their home