We're giving you 7 important signs so you'd know if you're having serious fuel pump problems.

Most common things you’ll hear about during annual or preventive maintenance schedule of your car would be spark plugs, air filter, change oil, tune-up, and oil filter, among others. Having to work in an auto service and repair shop for more than two years, it is kind of rare for me to hear the car part – fuel pump.

Yes, I’ve heard of it, but not as much as the parts I have mentioned above. However rarely, fuel pump is one of the most important car part that we also need to pay attention to.

A fuel pump is one of the rarely talked about car part, yet, it has an important role to get the car rolling.

How fuel delivery system works in a car

Basically, from the word itself, it “pumps” the required amount of fuel from the fuel tank to the engine with the right pressure.

Just like any other parts, if your car fuel pump is not working properly, it could bring about trouble to the car’s functionality. If the fuel pump is damaged, the air-fuel ratio in the engine gets affected, therefore, causing the car engine performance problems. You may experience difficulty in starting up the car, misfires, loss of power and speed and fuel inefficiency among others.

Now that we know the effects of a damaged fuel pump, the next best and logical question would be: How do I know if my fuel pump is damaged, or What car fuel problems signal it needs a replacement? Philkotse.com will address that question right now.

Sputtering is a term used to describe a series of explosive sounds. If you hear your car sputter while driving in a steady high speed then after a few minutes, going back to its normal performance, then there might be an on-going problem with your car fuel pump. If your car suddenly sputters while you're driving, it means that the engine doesn't get the fuel it needs to run properly

The car sputters because the fuel pump is having a hard time getting enough fuel to supply the engine at the right pressure. When this happens, take your car immediately to a mechanic so he can check the fuel pump and replace it if necessary. Again, don’t ignore this and hope that after a few minutes of turning off the engine everything will be back to normal. To avoid further damage to the fuel pump and engine, take it to a repair shop right away.

Your car also has a fuel pressure gauge which tells you if there is enough fuel being pumped into the engine for it to work properly. To know the right pressure that needs to pump the right amount of fuel into the engine, check your car owner’s manual. 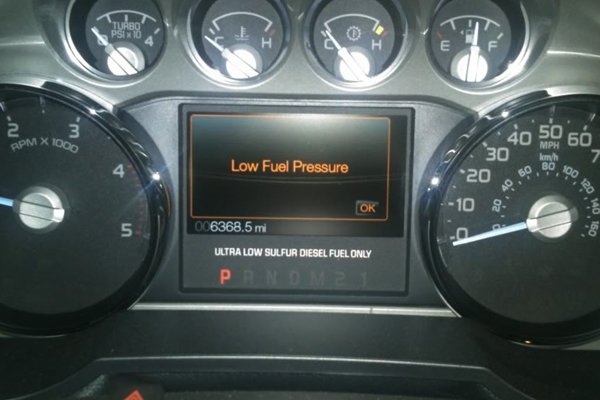 Should you see that the engine receives fuel lesser than what’s stated in the manual, then it could be a potential problem with the fuel pump. Have it checked right away.

Car fuel pump problem #4: Car is having problems when climbing a hill or carrying cargos

In an all good car, you should not have any problems whenever you’re driving uphill or whenever you put some cargos in the compartment which makes the car heavier. It should still run along just fine, given that there’s enough power supply to address the stress that’s being put on the car. If your car is struggling when going uphill or when it carries heavy cargo, it means that the fuel pump isn't working properly

However, if you’re experiencing loss of power when doing the things above, it only means that the car fuel pump is not able to provide the fuel required to the engine so it can perform the tasks above.

If you encounter this, try to avoid steep slopes and carrying heavy cargo unto your car until you have your car checked properly by a mechanic.

>>> Related: 5 signs of a bad fuel pump relay: How to clean & Replacement cost

When you’re driving normally at a consistent, normal speed and suddenly, out of the blue, your car jolts and speeds up even without your foot stepping on the gas, then it could be a fuel pump symptom of potential problem. It could be a due to the abnormal resistance inside the fuel pump motor.

Nobody knows your car more than you do. So you know how much gas you put in there at a certain period of time and how long the gas should last. If you notice you’re frequently needing to fuel up while driving the same distances, it only implies a significant decrease in gas mileage. 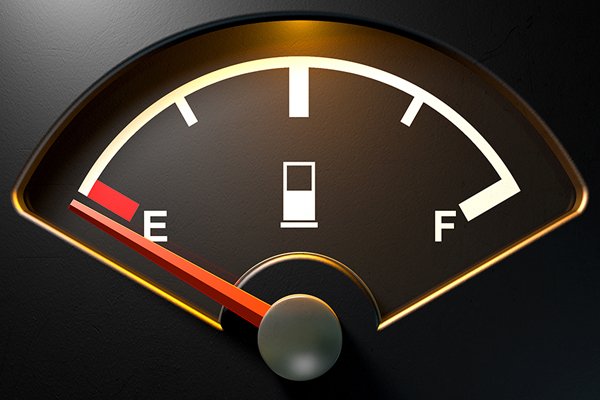 This decrease could be an effect of a relief valve inside the fuel pump not opening properly, thus increasing the amount of fuel that flows into the engine. If this happens, it is better to have your car checked so that you won’t need to spend more money than usual in just fueling up your car.

If you’re the type of person who loves to procrastinate, or stall in simpler terms, meaning let things be until you have time to face them, then pretty much this is where it all ends up. If you keep on ignoring the above 6 signs of deteriorating and already damaged fuel pump, one day they will catch up on you and you’ll end up commuting and getting your car towed because you can’t start it anymore. Worst, the problem may have elevated just because you keep on hoping that things will be better and get back to normal eventually. If you don’t want more money going down the drain and your car getting into more serious problems, then once you see any of the signs above, don’t wait and get to an auto repair shop right away.

You don't have to wait until your car gets into serious problems due to a bad fuel pump. Once you encounter any of the above fuel pump symptoms, take your car right away to your trusted mechanic. Make sure you visit Philkotse.com everyday to equip yourself with our helpful car care tips!