Let's find out the 11 hidden reasons of bad gas mileage.

Your car may be wasting much more fuel than the first days on the roads due to many factors.

While some may come from bad driving habits you’ve nurtured for a long time, some could be resulted from mechanical problems you might never think of. For example, slow oxygen sensors or engine misfire are two of common causes leading to excess fuel burning. Plus, the humidity can also add up to excess gas consumption.

In today’s article, Philkotse.com will unveil 11 hidden reasons that can cause bad gas mileage. Check it out!

The sole job of the fuel injectors is to provide the engine with fuel. When a leak happens somewhere, with less gas provided, the engine has to work harder, hence consumes more fuel to make sure other parts of the car work properly. In addition to that, dirty fuel injection cleaners can act as a cause of bad gas mileage and engine misfires by reducing the fuel/air mixture in the fuel injectors (because the car takes up fuel varnish). Oxygen sensors play a role in monitoring the fuel/air mixture to give signs to the powerplant whether to increase or reduce fuel. Without it working appropriately, your engine may not get enough air than needed (the air that is used to burn fuel). When the air is in shortage, the engine will consume more gas instead to make up for it. Consider checking your oxygen sensors constantly because after a long time of use, it grows less responsive to fuel/air content. This may result in the computer adding more fuel than necessary.

As in the General Gas Equation which states gas in a certain temperature and pressure (when contained) consists of a constant number of particles. Therefore, with humidity increasing, the water vapor in the air increase as well and leads to the reduction of oxygen, which, as discussed before, increases gas consumption.

Located between the engine and the radiator, the thermostat works to ascertain the coolant won’t make its way into the radiator till the engine’s completely warmed up. If not, the engine will waste fuel. When the thermostat fails to perform its deed, not closing to prevent the coolant from circulating, the engine finds it hard to have the supposed-to-be temperature, which delays the powerplant module’s operation. As a result, your car will consume more fuel. To reduce, as research proved, up to 10% of the fuel economy, you are advised to use higher viscosity oil and check if the oil viscosity level is appropriate. Also, bear in mind that latest car models mostly come equipped with an engine using 5W-30 or 5W-20 viscosity oil.

6. Air filters being clogged up

With tiny debris and dust attached to the air filters making them clogged up, the engine has to work harder, resulting to bad gas mileage. This sensor controls the internal temperature of the engine and indicates PCM (Powerplant Control Module) whether the engine is normal, warm, or cool. When receiving the signal reading “cold”, the computer will work to enrich the fuel mixture to bring it back to “warm”. With the coolant sensor failing to do its job, the fuel will be used up more quickly when the PCM indicates “cold” while it already becomes “warm”.

Exhaust systems work to steer reaction exhaust gases clear off a controlled combustion happening inside the engine. If there is an obstruction, pressure is caused and it takes more fuel needed.

9. Worn out or clogged spark plugs

Spark plugs are small but hold an important power. In many cars, only with it, you can start your engine. On the other hand, with it worn out or clogged, the engine may misfire and waste more fuel.

The intake manifold is in charge of providing the cylinders with the fuel/air mixture. When it works appropriately, the mixture will be evenly distributed to ports in the heads of the cylinder. The EGR Valve, otherwise, calculates a given portion of exhaust gas to flow it back to the cylinders, lessening nitrous oxide emissions in diesel or petrol engines. When a leak comes in the intake manifold gasket, the fuel/air mixture may find a way out, which may result in the engine misfiring and performing worse fuel economy. Plus, if the EGR valve opens at idle as not under load, the exhaust leak may be let back towards the intake manifold, which causes wasted fuel. 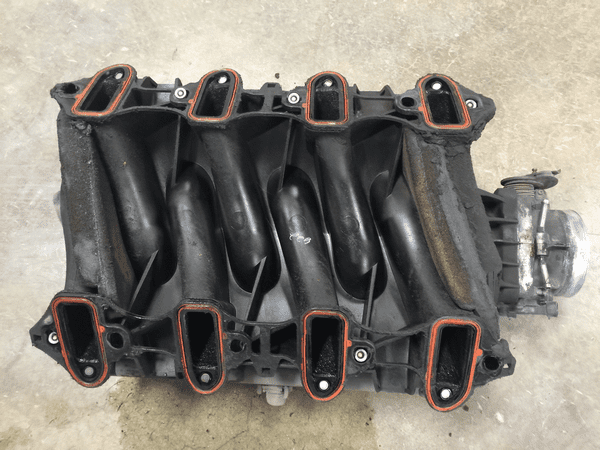 Low compression also causes bad gas mileage. There are various reasons behind the causes of low compression which may be a crack from the piston head, exhaust or intake valve issues, or worn-out piston rings.

All in all, all these abovementioned problems can be avoided by taking proper care of your car. Visit Philkotse.com to learn more useful car maintenance tips and prolong the lifespan of your four-wheeled friend.