Owners of older or less traveled cars must remember these steps to fix dead engine possibly happening on road.

Driving in the middle of the path then your car suddenly stalls and refuses to start again, what would you do?

Dead car battery should be the very first words to think about. Stalling due to dead engine is a common problem in vehicles that have been used for years on a daily basis (coaches, trucks, taxis ...). Apart from that, you may have a car but leaving it unused for a long time, especially in the cold or rainy season, which can also result in the dead engine.

To get out of this situation is not that difficult but everytime the trouble occurs, it makes car owners extremely frustrated for not knowing what to do. Don't worry because today Philkotse.com will reveal 2 must-know tips to get your car battery reactive quickly. Check out now!

1. Restart your car using other vehicles

Do not attempt to remove the battery for cleaning in this case. If you don't have enough time to find a garage nearby for help, think of passing vehicles with the same model as yours. That means if your car is a sedan or SUV (4-7 seats or small trucks), you should immediately ask for help from such vehicles on the road. Most people will be willing to support because almost everyone has encountered this incident for several times.

After that, you need to get a positive and negative terminal electric wire. This is a must-have requirement, or at least two medium-sized wires, to allow electricity transmission from one to another vehicle. 1. Take out the electric wire to connect power between 2 vehicles.

2. Make sure both cars’ engines are off.

6. Connect the other end of negative terminal to a metal surface under the bonnet of the damaged car.

(Note: Do not connect the other terminal pin of the live battery to the negative pin of the dead battery, as this may cause explosion.)

7. Start the car, and let the engine to operate for two to three minutes to help power charged to the dead battery.

8. Wait for a while and start the dead one. Be patient for batteries to be charged.

9. After starting the engine, let the car run for at least 30 minutes so that power supply is fully charged.

10. Disconnect in the reverse order:

Following above instructions correctly, your car can certaily start again. If it still remains “quiet”, then you need to call emergency rescue to transport your vehicle to the car repair center. Problems may not lie in the battery any more.

2. Start the car by a spare charger

On the market, there are some spare chargers which play the role of electric/battery igniter as well. This device has a 12V output and will be very useful if fully charged, especially when going off-road or in rough terrain without nearby vehicles for help. 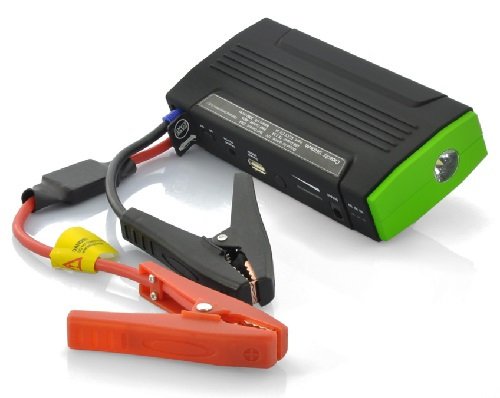 This device is easy to use as it has a cord that connects directly to your battery terminals, so you can simply turn it on and start the car thereafter. However, if you buy this backup charger, you shouldn’t leave it idle for too long. Instead, remember to charge it fully then discharge (by charging phones or tablets...) to maintain the stability of electric circulation inside.

Visit Philkotse.com to equip yourself with helpful car maintenance tips!