The Ford Ranger is a solid contender in the midsize pickup segment, with a combination of looks, capability, and performance that lets you tackle your to-do list with ease.

The Ranger’s rugged exterior is matched by an interior that offers space and comfort as you breeze through your tasks, whether its delivering supplies or bringing your favorite toys for the weekend. 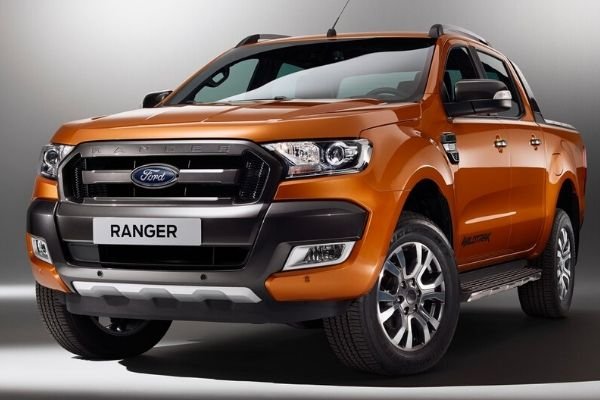 Admit it: you won't be satisfied with just an all-stock Ranger in your garage

However, a carmaker can’t possibly account for billions of individual preferences across the globe for a particular model, and you’ll eventually be toying with the idea of sprucing up your all-stock rig.

As imposing as your Ford Ranger already is, there are ways to make it even more of a standout, to reflect your individual tastes or make it more suitable for a specific purpose you have in mind.

As the primary point of contact with the road, the wheels and tires are responsible for your Ranger’s traction and handling. Make sure that only genuine wheels go into your Ranger (Image: Tuff A.T. Wheels Philippines)

They also carry the entire weight of the vehicle, from the cargo and passengers to the weight of the fluids and various components that make the Ranger run.

The grille is an integral part of the truck’s fascia or face. More than just a showcase of chrome or blacked-out goodness, the grille ensures that the engine gets enough air for both combustion and cooling. 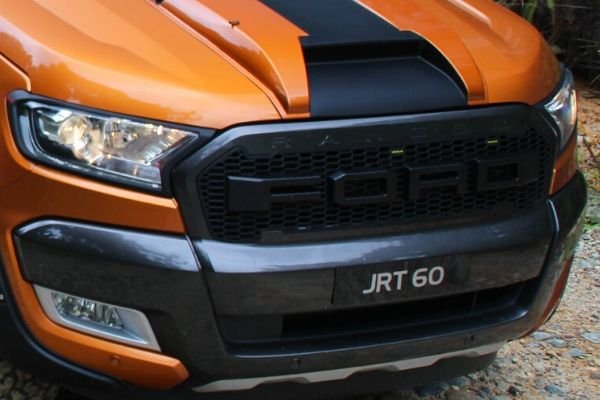 A Ranger Raptor grille could work for starters

With the loads that the Ranger has to contend with, it’s important that any replacement grille still approaches (or even exceeds) the original’s functionality, apart from enhancing the truck’s appearance.

The Ranger sports a set of flares in its design that conveys muscle, but those are not going to look good with dings and scratches. Flare extensions are made of plastic, to shield the bodywork from damage caused by scraping against rocks, trees, even other vehicles. The tradeoff is that it adds to the Ranger’s width, which could prove tricky when parking in rather tight spaces.

The 232-mm ground clearance on the Ranger is impressive enough, but if you want to take on some serious terrain, installing a lift kit may not be such a bad idea. You’ll be able to fit bigger wheels and tires and increase the truck’s towing and payload capacity, apart from making your Ranger just a little bit more imposing.

>>> Related: Car modifications in the Philippines: What do you make of this?

The plastic bumpers on your Ranger are there to save weight, but they’re not going to look good with a dent. An aftermarket steel bumper defends your Ranger on rough outings (or rush hour drives along EDSA). Trails (and traffic) won't be a problem with this on your 12 o'clock (Image: ARB)

If you’re not too sold on the idea of replacing the stock bumper, you can add a nudge bar instead underneath. It’s less conspicuous yet equally useful in terms of protection.

The open nature of a pickup’s cargo bed exposes cargo to all sorts of unpredictable situations. A tonneau cover secures relatively smaller cargo such as equipment and tools against the elements, theft, and damage. The cover can also streamline the Ranger’s aerodynamics, improving fuel efficiency, especially at high speeds.

Pickup tailgates have been engineered to withstand repeated opening and closing, but it will wear down eventually. A tailgate damper prevents the tailgate from swinging open, regulating its movement in a controlled fashion and extending its lifespan, apart from making it less noisy.

Need more tips to turn stock into sensational? Find out more at Philkotse.com.