Toyota vehicles are so ubiquitous around the world, it’s not difficult to find them with some pretty outrageous accessories. There’s a machine gun mounted on the cargo bed of a Hilux used by insurgents and militias, or a pie oven included in the back of a HiAce that’s intended as an April Fool’s joke.

Have you ever seen a Toyota FORTUNER with a Toilet

What if you missed the last remaining bathroom stop halfway through a 12-hour drive and desperately need a release? One Toyota Fortuner has the answer, and it’s likely to stretch the idea of comfort as far as it could go. It certainly looks like a standard Fortuner at first glance [Image: Revokid Vlogs]

It does add one feature you won’t find in the sales brochure: a built-in toilet, bolted in place of the rightmost third-row seat. The metal enclosure takes up half of the entire cargo bay at the back. Opening a door behind second-row jump seat reveals an actual toilet bowl, complete with textured floor matting and a bidet attachment to boot. 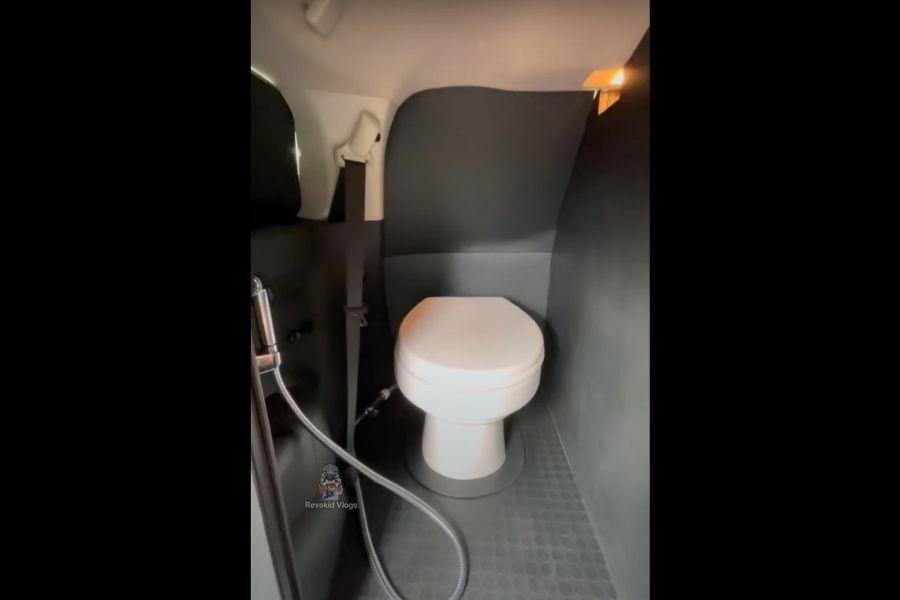 There's an onboard toilet on the third row, complete with bowl and bidet [Image: Revokid Vlogs]

India-based aftermarket shop OJES Automobiles was responsible for the mad mod, and the headroom is already tight enough without closing the door for privacy. Oddly enough, it also leaves the stock seatbelt intact, and we hope buyers won’t take it as a sign that they can do their business while the vehicle is in motion. One hard brake by the driver before the user gets the chance to flush and, well, let’s just say it won’t be a pretty sight.

We presume that the installation includes a reservoir for the water and a septic tank for the waste, although these are not readily apparent looking at the vehicle from outside, which makes the feature even more impressive. The added weight didn’t seem to be an issue either for both the engine and the suspension, as the Fortuner was able to drive away with ease at the end of the video. 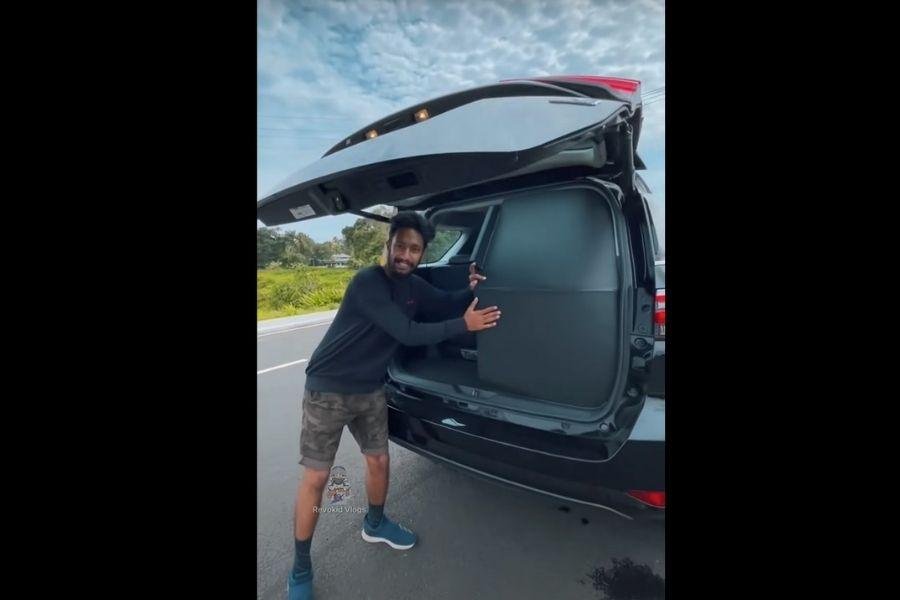 The enclosure takes up half the third row and cargo bay [Image: Revokid Vlogs]

Think of it as one way of avoiding an unfortunate incident in your Fortuner, especially for those having trouble holding it in during traffic jams (not that you should be doing it often, anyway). It proves that Toyota can be top of mind not only when it comes to number one, but number two as well.

No automotive story goes to waste here at Philkotse.com.