The veteran Fortuner trades blows with the rookie Okavango.

That said, it will likely trade blows with the Toyota Fortuner, which itself was updated by Toyota Motors Philippines (TMP) this year.

So which of these models come with the better specs? Let’s find out by comparing the top-of-the-line Okavango Urban against the entry-level Toyota Fortuner G 2.4 4x2 MT. We chose to compare these two, due to their price points. Note however the aforementioned Fortuner variant still carries a premium over the Geely seven-seater. 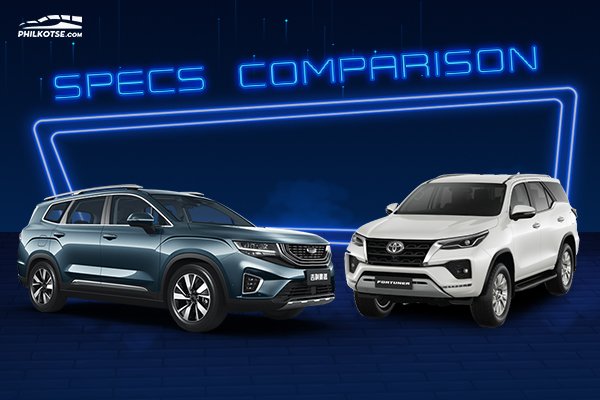 Let's find which has better specs. Is it the Okavango Urban or the Fortuner G? 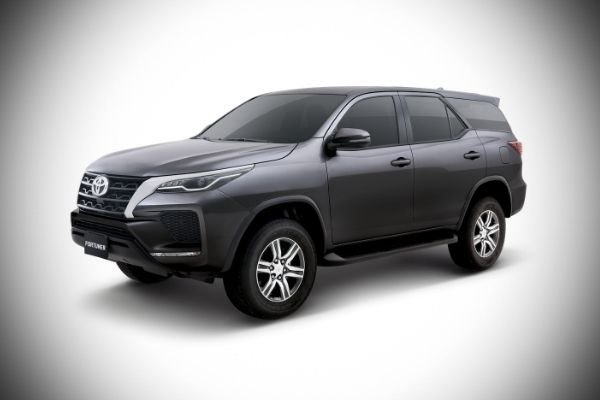 Overall, the Okavango is longer and wider than the Toyota branded SUV. Both vehicles however have comparable ground clearances.

In terms of exterior equipment, both the Fortuner G and Okavango Urban comes equipped with LED headlamps, LED tail lamps, power-folding side mirrors with repeaters, a rear roof-mounted spoiler, and roof rails.

As a top-spec variant, however, the Okavango Urban does come with a lot of features that are absent of the Fortuner G. This includes front and rear fog lamps, and automatic headlamp control. The top-spec Okavango also rides on a set of 18-inch alloy wheels, which are one inch larger than the Fortuner G’s set. Which rear end do you prefer?

Inside, both the Okavango Urban and the Toyota Fortuner G can comfortably seat seven people. The Geely seven-seater model however, has a larger default cargo space of 257-liters. In comparison, the Fortuner has 200-liters with the third-row seats in use.

With all seats folded down, the Fortuner can expand its interior space up to 1,080-liters. That said, the Okavango Urban can still provide more maximum cargo space at 2,050-liters. In comparison, the Toyota Fortuner comes with fabric seats, as well as a manual air-conditioning system with rear vents. The Fortuner G’s head unit, however, is more capable with its Apple CarPlay, Android Auto, and offline navigation.

Propelling the Okavango Urban forward is a 1.5-liter three-cylinder turbocharged gasoline engine paired with a 48-volt electric motor. In total, the said power plant can make up to 190 horsepower and 300 Nm. Power is sent to the front wheels via a seven-speed wet-type dual-clutch.

In comparison, the Toyota Fortuner G uses a 2.4-liter inline-4 turbo diesel. The said mill can churn up to 148 horsepower and 400 Nm of torque. The Fortuner G’s engine sends power to the rear wheels via a six-speed manual gearbox.

Being a diesel mill, the Fortuner’s turbo-diesel makes more torque significantly earlier at only 2,000 rpm. The Okavango’s hybrid powertrain on the other hand makes more horsepower but has less torque that’s accessible at 4,000 rpm.

Moving over to suspension systems, the Okavango uses a MacPherson strut for its front and a torsion beam for its rear. The Toyota Fortuner on the other hand is equipped with a double-wishbone type front suspension, and a multi-link rear suspension.

Another thing to note when comparing the Okavango with the Fortuner is that the latter is a traditional body-on-frame SUV, while the former is a unibody crossover. That said, the Fortuner might be better at dealing with rough terrain than the Okavango.

In terms of safety, the Okavango Urban variant is well equipped. It comes with electronic stability control, a 360-degree panoramic camera, hill-start assist, hill descent control, tire pressure monitoring, and an electronic parking brake. For the benefit of its occupants, it’s also equipped with six airbags and speed-sensing door locks.

Moving over to the Fortuner G, it comes with three airbags, stability control, and hill-start assist. Both the Okavango and the Fortuner G are also equipped with rear parking sensors, a rearview parking camera, a car alarm, ISOFIX, and an engine immobilizer.

From its price tag alone and on-board features, the Geely Okavango is obviously wanting to square off with the other seven-seater midsize SUVs and crossovers available in the local market.

The Okavango Urban is Php 305,000 cheaper than the entry-level Fortuner G, and it’s also cheaper than the Mitsubishi Montero Sport GLX, Ford Everest Trend, and even the Isuzu mu-X RZ4E LS. It also undercuts the Honda CR-V V trim by as much as Php 385,000. If you occasionally need to go on rough roads, a Toyota Fortuner is great for you

In connection to the Fortuner G however, it seems that the Okavango mainly caters to those looking for a road-going seven-seater. Sure it has all the bells and whistles, but it cannot match the Fortuner G’s torque output, combined with its robust body-on-frame build.

Sure, the Fortuner G variant uses a 4x2 drivetrain, but it can still kick ass on rough roads. On top of that, the Fortuner name has already been around for 16 years.

It has already proven itself in the local market, and it has definitely become one of the most recognizable SUVs in the country today. However, you can’t ignore the features, styling, and spacious interior that the Okavango offers. 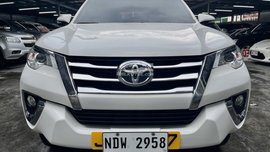