User's: 4.97/5
For those who’re dying to see how the Toyota Fortuner 2019 Philippines will look like.

The Toyota Fortuner is incredibly well-known over Asian auto market, particularly in the Philippines. The second-gen Fortner was revealed in 2016 and the upcoming Toyota Fortuner 2019 Philippines is going to be part of this generation.

For the most part, there will not be significant changes in the new Fortuner. However, it’s not absolutely true to say that Toyota has made minor tweaks only since a new body and a revision to drive train system are definitely worth noting.

To get a fix on the Fortuner 2019 model, read on this review by Philkotse.com which embraces all information we know about the SUV up to now. Even though things we collected are just based on rumor, we still believe that they’re informative and helpful to you, Fortuner addicts and SUV lovers. We promise that a more comprehensive review will come soon once the SUV makes its world premiere.

Now, let us spread rumors about the 2019 Fortuner.

At first glance, the 2019 Toyota Fortuner quite resembles its predecessor. It’s still a stylish and contemporary SUV but bigger and better looking.

The front grille must be chromed while the front bumper is now larger with fog lamps and LED lights. It also features standard 4-door chassis made of hardener metallic and aluminum formed outlines around the side profile. To tell the truth, a Fortuner with modern lines is much more pleasant to the eye. 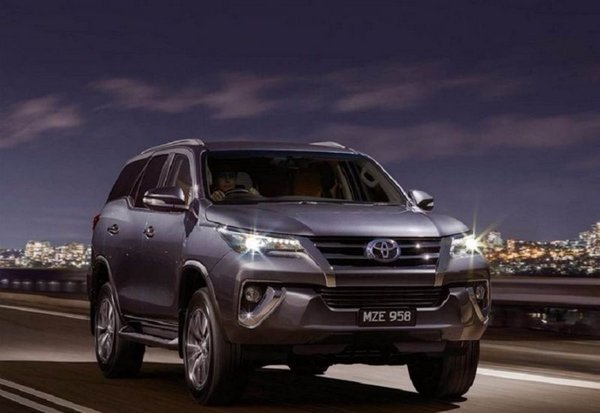 At first glance, the new Toyota Fortuner 2019 quite resembles its predecessor

It’s likely that the next SUV is going to run on 18-in wheels, but a bigger set (at least 20 in for example) might be preferable to its functionality.

As per color options, it is said that the new Toyota Fortuner 2019 will come in 7 hues, including:

>>> You may also like: Toyota Fortuner cars for sale

Inside of the 2019 Toyota Fortuner has also undergone subtle adjustments. Bigger dimension means more space for the 7-seater’s cabin. Three rows of seats are arranged in the 2-3-2 configuration and are all wrapped in leather. Though legroom has been reduced, the Fortuner 2019 cabin still ensures a level of usability and comfort found in a family-friendly transporter.

Inside of the 2019 Toyota Fortuner has also undergone subtle adjustments

On the dash, a LCD touchscreen with impressive dimensions is the only novel thing. So, we have to anticipate more enhancements in the next-generation, especially with reference to innovation.

As rumors say, colors inside the forthcoming Fortuner might be shades of beige and gray.

No words from Toyota on the hardware yet. Some sources predict that the new Fortuner will be geared up with a 3.0L 4-cylinder diesel mill producing 165 hp and 340 Nm while others suppose under the hood is still the existing engines (the 2.4, 2.7, 2.8L on Philippine-spec Toyota Fortuner).

A hybrid variant will allegedly join the lineup. Whatever they say, just wait for official specs brochure from the Japanese brand. Some sources predict that the new Fortuner will be geared up with a 3.0L 4-cylinder diesel mill producing 165 hp and 340 Nm

As stated earlier, an important change has been also made in the drivetrain. That is the full-time 4WD system seen on the last model is replaced by a part-time unit.

Concerning transmission choices, customers can pick in between a 6-speed manual and automatic gearboxes.

Toyota is a high-flier when it comes to to innovation in the global automotive hub and in its new Fortuner, the brand has carried out all of its outstanding current safety equipment.

Aside from standard features like in other Toyota models, a brake, cruise and traction control, a rearview camera as well as parking sensors are also added to the new Fortuner’s safety specs list.

>>> Recommend for you: All Toyota cars for sale in the Philippines

The 2019 Toyota Fortuner is set to debut in the last month of 2018. Nonetheless, do not get shocked if Toyota takes the wrap off the SUV couple of months after New Year.

We have no words for the Toyota Fortuner 2019 Philippines price as well as its release date, yet hopefully it will come next year following the debut on big markets.

If you can’t wait for the new SUV, the Toyota Fortuner 2018 is also worth considering with a lot of features to show off. 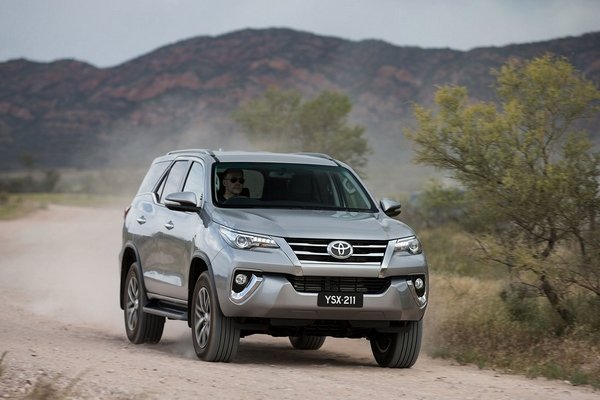 ALTERNATIVE REVIEWS TO THE 2023 Toyota Fortuner