10 best car brands in the Philippines 2020 based on sales

They’ve managed to post respectable figures despite the pandemic.

Apart from making more infrastructure and better urban planning more necessary, the ever-increasing volume of vehicles on Philippine roads points to just how smitten we are with the idea of personal mobility. Truly, for many Filipinos, “Kotse (car) is life.” 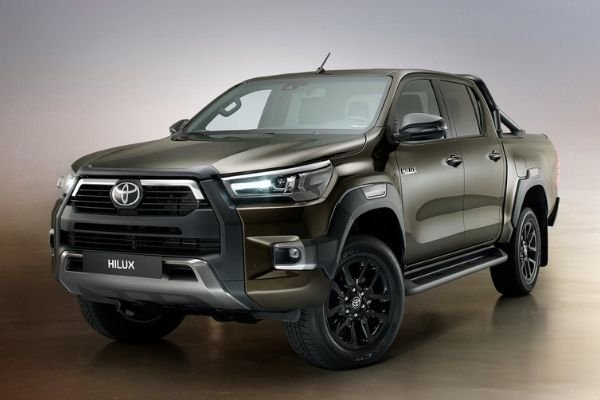 Even a cursory glance at any busy public road already gives the observer a wide range of makes and models in action. From the sea of brands that we encounter on a regular basis, wouldn’t you be curious to find out the leading marques that inhabit our local motoring industry? Here they are, listed by the respective sales figures they achieved last year.

Based in Beijing, China, Foton’s area of expertise spans SUVs, commercial vehicles such as buses, and agricultural machinery. It’s also the youngest firm in this compilation, having been founded in August 1996. Foton’s efforts are not confined to mainland China, as it operates R&D centers in countries such as Germany, Japan, and Taiwan. It has also established partnerships with other industry stalwarts such as Bosch, Lotus, Daimler, and Cummins.

In the Philippines, Foton’s model lineup runs the gamut of passenger vans, light commercial vehicles, and trucks, all distributed by United Asia Automotive Group Incorporated (UAAGI), which also markets offerings under the Chery brand. Foton managed to roll off 2,456 units from its Philippine showrooms in 2020.

Owners and enthusiasts will balk at the suggestion of MG being a Chinese carmaker, citing the brand’s British roots dating back to 1930. While the company itself is physically headquartered in the U.K., the keys to the castle are held by SAIC Motor, a Fortune 500 company and one of China’s Big Four state-owned automakers. MG had a breakthrough year in 2019 when it re-entered the Philippine market with the ZS subcompact crossover, highlighting a host of premium features at an affordable price point. Positive market response to the ZS allowed MG Philippines to expand its model range under The Covenant Car Company Incorporated (TCCCI), the same group that handles Chevrolet.

The brand has chalked up 3,432 units sold in 2020, divided among its current lineup comprising crossovers (the ZS and compact RX5), the MG 5 compact sedan, and the MG 6 fastback. These will be joined by four new models in 2021, led by the RX8 midsize SUV.

Mention the word ‘diesel’ and one brand readily comes to mind: Isuzu. Filipinos are familiar with the company through its array of SUVs (from the Trooper to the Alterra and the mu-X) and pickups (the KB and Fuego leading to the D-Max), as well as Elf medium-duty trucks, Giga series heavy trucks, and buses. The Isuzu Gemini predated current diesel sedan offerings in the country and was sold in both four-door sedan and three-door fastback models. In the 1990s, Isuzu fielded its own contender in the Asian utility vehicle (AUV) segment: the Hi-Lander, a rebadged Panther from the Indonesian market that later evolved into the Crosswind. From 2013 to 2019, the D-Max was a source of pride for Isuzu as the only pickup assembled by Filipino hands in its Biñan, Laguna, facility.

Isuzu’s 2020 sales added up to 11,240 units for 2020, propelled by the D-Max and mu-X models. The new D-Max is slated to arrive here within the year, while the next-generation mu-X is expected to be launched locally by 2022 at the latest.

Honda is currently the largest motorcycle company in the world, but its automotive division is no slouch, either. The Philippine affiliate set up shop in 1990, under the government’s Car Development Program. A favorite of local custom car tuners, the Honda model lineup has grown from the mainstay Civic and Accord lines to subcompacts like the City and Jazz, crossovers such as the HR-V, minivans such as the Odyssey, and city cars like the Brio. It has also managed to enter the MPV segment with the Mobilio and BR-V, the latter being marketed as a seven-seater SUV.

Despite having to endure slow sales due to the COVID-19 pandemic, Honda managed to finish 2020 with 11,711 units sold, buoyed by the all-new City and the facelifted CR-V.

Ford is also one of the more recognizable brands in the Philippines, backed by a 49-strong dealer network that delivers both sales and aftersales services to clients. The brand boasts a broad stable of vehicles ranging from light models such as the EcoSport, SUVs including the Everest, Explorer, and Expedition, as well as performance models such as the Mustang and the Ranger Raptor. Among the recent arrivals to the Ford lineup are the Everest Sport, which replaces the usual chrome trim pieces on the standard Everest with black elements. There’s also the F-150 midsize truck, along with the tech-loaded Territory compact crossover.

These models powered Ford Philippines through 2020, enabling it to emerge with 14,775 units sold.

Japanese carmaker Suzuki is another company that harbors its own motorcycle unit, as well as a marine division that manufactures outboard motors. Traditionally known for making small and fuel-efficient cars, the company channeled this expertise in expanding its local offerings, comprising not just lifestyle models but commercial vehicles as well.

Its performance for 2020 amounted to 15,515 units that rolled off the dealerships. This can be attributed in part to two models launched that year: the XL7 (a sportier version of the Ertiga MPV), and the S-Presso city car. The latter’s affordable pricing at Php 518,000 made it an especially attractive proposition for first-time car buyers and starter families.

Hyundai has been flexing its muscle in overseas markets, with new generations of its Elantra sedan, Tucson crossover, and an upcoming new model called the Bayon. It even formed a new design studio to explore future alternate mobility options. On the local front, Hyundai Automotive Resources Incorporated (HARI) has been low-key yet no less successful, logging 16,346 units in sales despite the pandemic. It wouldn’t be a stretch to say that its Reina subcompact sedan played a part in this achievement, as it’s one of Hyundai’s most affordable models.

Another reason why 2020 is significant for HARI is its introduction of the Hyundai Venue, currently its smallest crossover, to the local market. There’s more to look forward to this year, with the expected arrival of the facelifted Kona and the revamped Santa Fe, as well as all-new versions of the Tucson and Starex.

The mere sound of Nissan’s name evokes images of cabins reaching polar temperatures in spite of summer drives (and that’s with the aircon at the lowest setting). More than just a hyper-effective climate control system, however, Nissan is also making tracks with performance models and robust lifestyle vehicles. For 2020, Nissan Philippines posted total sales of 21,751 units, likely on account of the Terra SUV and Navara pickup. Facelifted versions of both models have already broken cover in overseas markets, and it’s only a matter of time before they make their way to our shores.

In second place is Mitsubishi, which continues to enjoy strong sales from customers locally despite retiring its iconic models, namely the Lancer compact sedan and the Adventure AUV. The Mirage G4 city car has assumed the role of the former with a focus on fuel efficiency and affordability, while the latter’s place has been taken over by the Xpander MPV which offers more refinement and improved handling. Other updates to Mitsubishi Philippines’ lineup include the introduction of the facelifted Montero Sport SUV, now with an enhanced version of the Dynamic Shield fascia, and the Strada Athlete, the range-topping variant of the Strada pickup series.

Combined sales of Mitsubishi models for 2020 reached 37,366 units, maintaining the company’s position as the number two car brand in the Philippines.

Toyota Motor Philippines remains the king of the hill as far as automakers are concerned, a position it has held for years. The brand enjoys a legendary reputation among Filipino customers for building and marketing cars that are both affordable and reliable. 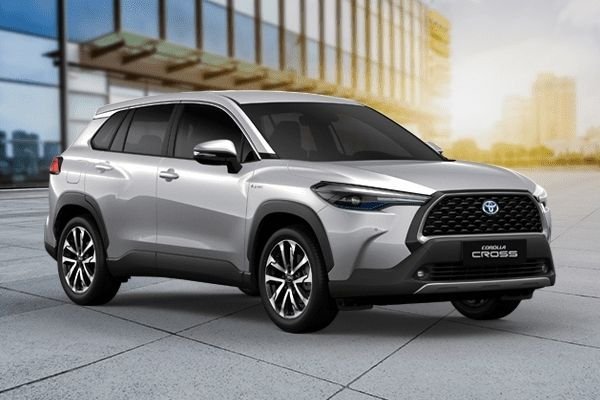 In 2020, Toyota introduced no less than five new models for the Philippine market. These include improved versions of the Wigo hatchback, Vios sedan, Hilux pickup, and the Fortuner midsize SUV that also brought in a new range-topping variant.

It also brought in the Corolla Cross, a compact crossover based on the Corolla platform that joins Toyota’s stable of hybrid vehicles.

See more information about your favorite car brands at Philkotse.com.