What cars do we want for Christmas?

Christmas is here, and at this time of year, people are coming up with lists of their most fervent wishes. The Philkotse team is no exception, and with an especially trying year drawing to a close, we need to keep our sanity intact.

That said, we’ve drawn up a list of four-wheeled fantasies that we wouldn’t mind owning (or having a go on the open road, at the very least). While it’s true that we do write about cars for a living, we all have differing opinions about the kind of vehicles we want to keep.

In the tradition of the 12 days of Christmas, the Philkotse team presents its 12 Christmas vehicle wish list.

The team’s Content Manager has his sights on the Suzuki Jimny, and he’s been meaning to purchase one, if not for the long waiting list. For him, the Jimny’s compact dimensions go well with the rugged look, contrasting sharply with the current trend of svelte, sexy SUVs. The nostalgic appeal is also a plus, serving as throwback to past off-roaders. Its interior is quite short on space, being strictly a four-seater, but it’s no less robust especially when loaded with equipment or luggage. Despite the Jimny’s small size, it serves as a canvas for all sorts of tuning possibilities, the more popular mods giving it either a Land Rover Defender or Mercedes-Benz G-Wagen look. With a starting price of Php 1,055,000, the Jimny is a relatively affordable option if you’re looking for a capable off-roader.

Another item on his wish list is the Audi RS4 Avant, the performance version of the Audi A4 estate or station wagon. He says that the current B9 generation is the snazziest one so far, having been introduced at the 2017 Frankfurt Motor Show. The RS4 Avant may look like a family car, but it’s a sporty one that actually won’t look at out of place at car meets. One might consider the car as being in the ‘Goldilocks’ zone, neither too big nor too small. The 2.9L twin-scroll V6 packs plenty of grunt, with 450 hp and 600 Nm of torque, mated to an 8-speed Tiptronic gearbox. And of course, no performance Audi would be complete without the Quattro all-wheel-drive system.

A Suzuki has also found its way into the list of the team’s Content Lead, Joseph Estabillo. The Suzuki Alto to be exact. No, this isn’t the same spartan model supplanted by the S-Presso earlier this year. He fancies the Alto RS Turbo, a Kei car that’s marketed in both Japan and Pakistan. The squared-off shape and tall stance might result in some body roll, but not enough to compromise the car’s stability at speed, and the compact dimensions make it easy to thread through city traffic. 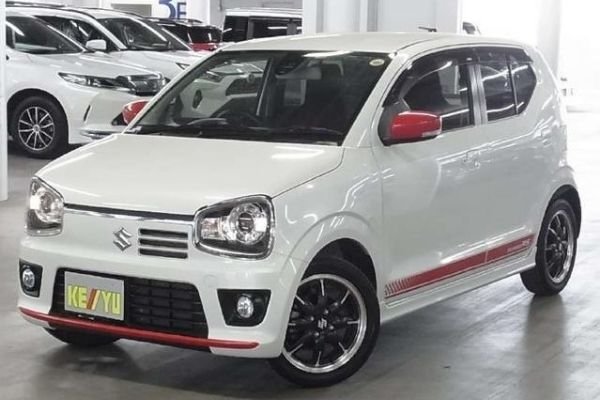 >>> Related: Santa’s sleigh gets upgraded for this year’s Christmas

Despite its size, the Alto RS Turbo can fit up to five adults in its cabin, and comes with Recaro racing seats up front. It makes a paltry 68 hp and 98 Nm of torque, but no less than Japan’s Drift King, Keiichi Tsuchiya, marveled at the Alto RS Turbo’s power delivery for two reasons: the car’s 720kg. curb weight, and the turbocharging on the 700cc engine. It’s also one of the smallest hatchbacks available with an all-wheel drivetrain.

Joseph’s second wish? The Roewe Marvel X electric crossover SUV. It’s made in China under the auspices of SAIC, the same automaker responsible for MG. One could easily mistake the Marvel X for a European make without looking at the badge. In fact, SAIC claims that the Marvel X chassis was co-developed by the same engineers who worked on the Porsche Macan. 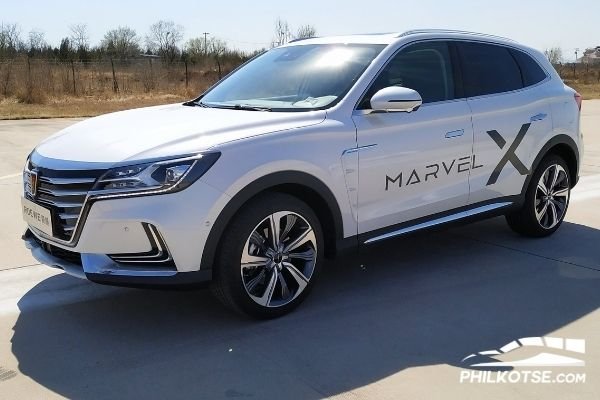 Roewe is taking potshots at Tesla with the Marvel X

The recessed door handles take after Jaguar models, automatically popping out for ingress. A spacious interior with Alcantara upholstery greets occupants, along with a large 19.4-inch touchscreen at the center of the dashboard. Two electric motors power the rear wheels, while a third motor handles the front axle on the all-wheel-drive version. The Marvel X is capable of generating up to 302 hp and 665 Nm of torque.

Content Editor Martin Aguilar dreams of the Toyota Corolla hatchback, with its clean aesthetic that already looks impressive even in stock form. With a flexible cargo space, the Corolla hatchback offers practicality as a value proposition, which should go well with families.

>>> Related: Tips on negotiating a better car deal during the Christmas season! He’s particularly fond of the Nightshade Edition released in the U.S. market, featuring blacked-out trim pieces on the exterior, including the badging. The Corolla hatchback is an ideal daily driver, with Toyota reliability and parts availability being a given.

Martin also has a taste for German engineering, in the form of the BMW X5 M midsize SUV. It has a well-composed exterior that strikes a balance between curves and angles, and boasts a generous 214mm ground clearance to handle floods and rough roads. 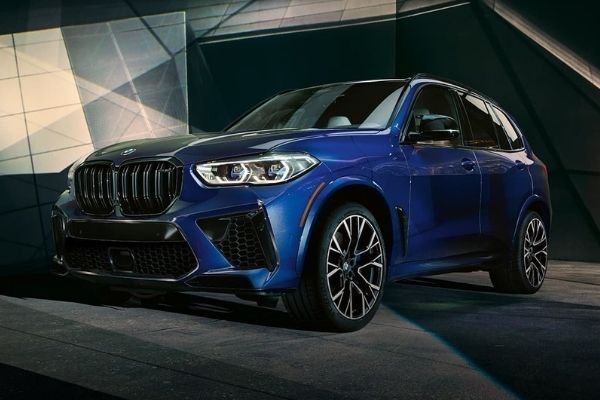 Road trips are even more enjoyable aboard the BMW X5 M

The X5 M also showcases a breathtaking interior, with a premium cabin and good cargo space. This makes the crossover an ideal vehicle for out-of-town trips or just driving around with friends and family. Even at full load, the 600 hp generated by the 4.4L twin-turbo V8 is more than enough to add excitement to trips.

Staff writer Cesar Miguel also fields his own Japanese-German combo. At the top of his list is the Toyota GR Yaris, a souped-up version of the standard Yaris hatchback. The aggressive looks emphasize its status as a performance model, yet the execution isn’t juvenile at all. The GR Yaris packs Toyota’s rally-bred technology that makes for thrilling drives even on a road-legal car, with a 3-cylinder engine that puts out 257 hp, the most powerful of its kind in the world. Of course, it’s all backed by Toyota’s legendary reliability.

As Cesar is a big guy, he has an equally big wish in the Mercedes-Benz Unimog U5000. With this series usually relegated to cargo and rescue duties, the U5000 is built to accommodate passengers, with even the crew cab version able to fit in seven occupants. The 490mm ground clearance is so generous, the vehicle has two sets of stepboards on either side to help passengers climb aboard.

>>> Related: 6 reasons why Christmas is the best time to buy cars 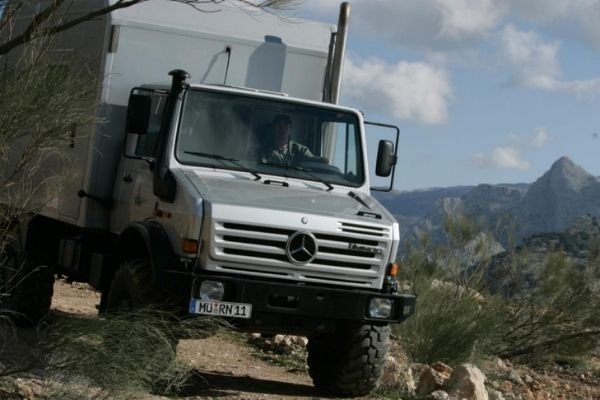 Come hell or high water, the Mercedes-Benz Unimog U5000 will get you through it

While the U5000 looks rugged on the outside, the interior is actually quite ergonomic and comfortable, suitable enough to be converted into a mobile home. Throwing in the kitchen sink (with accompanying granite finish) should be no problem for the Unimog, with 218 hp and 810 Nm of torque.

Another one of Philkotse’s staff writers, Rex Sanchez, favors the South Korean route with the Ssangyong Rexton SUV, from the self-styled Korean SUV specialist, SsangYong. he considers it to be one of the best-looking 7-seater midsize SUVs in the country (or at least a vast improvement over the previous iteration). The Rexton’s interior is no slouch either, loaded with features such as front seat ventilation and remote power tailgate. With everything that the Rexton has to offer, it even comes with a 5-year warranty coverage and 5-year free maintenance. That’s proof that South Korean brands are already catching up with their rivals in terms of features, performance, and value. (Editor's note: As of December 22, 2020, SsangYong Motor Company filed for Chapter 11 bankruptcy)

His second wish is the Mitsubishi Lancer Evolution IX. For Rex, this is the best-looking version in the entire Lancer Evolution series. Its motorsports pedigree The Evo IX was the last the use the CT9 chassis platform, which started with the Evo VII. Modifications are a piece of cake, which makes the Evo XI perfect for custom tuners. 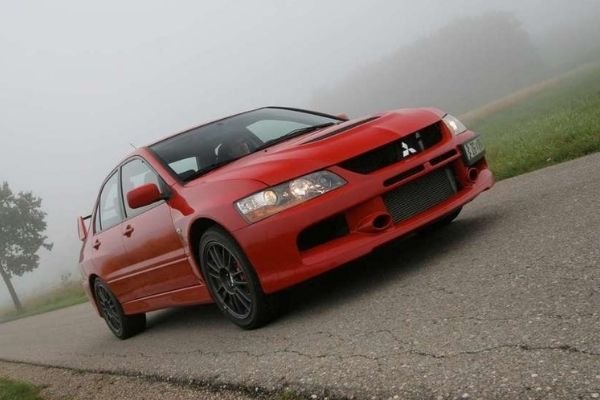 The Mitsubishi Lancer Evo IX continues to turn heads, more than a decade since it ceased production

Mitsubishi churned out the Evo IX from its assembly plant from March 2005 until January 2007, yet the succeeding years have hardly made a dent on the car’s value, especially for enthusiasts. Its rarity on the roads adds to the car’s mystique and enduring appeal.

The Mazda MX-5 is the choice of Philkotse video host Reph Bangsil. Adjudged as the Car of The Year in 2016, the MX-5 is a modern classic that builds on the Mazda’s famed Miata nameplate. 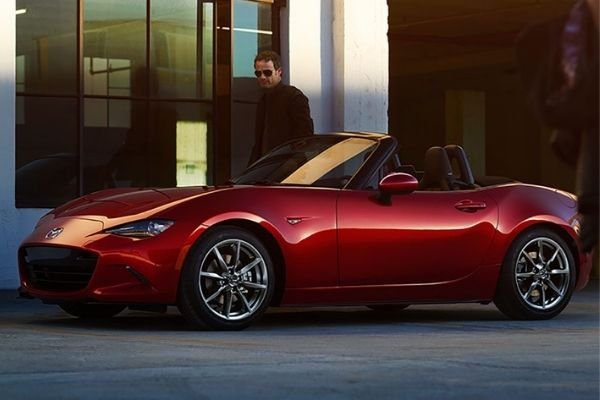 It may be small, but the MX-5 is big on handling, especially with the rear-wheel drivetrain. The Php 1.98 million price tag isn’t anything to sneeze at, but the driving experience it provides is priceless.

Lastly, for Philkotse host Stanley Chi, the Toyota FJ Cruiser is the perfect vehicle. The SUV’s rugged looks easily draws glances, while rainy drives are not a problem with its 240mm ground clearance and 700mm water wading depth. The Toyota FJ Cruiser stood out for its retro-inspired looks

The cabin is spacious enough for his needs, and the lack of a sunroof isn’t a problem, especially when spending time in the company of his crush. The FJ Cruiser has been largely discontinued especially in its home market of Japan, which likely make it all the more appealing for Stanley.

Find more stories about your dream cars at Philkotse.com.