The Suzuki Alto is an ultra-mini hatchback enjoyed all over the world due to its affordable pricing and outstanding fuel efficiency. Its current generation features a contemporary exterior built with lightweight material to aid its outstanding fuel economy and road stability. Though considered a compact vehicle, the Suzuki Alto offers a comfortable cabin fitted with pleasurable driver and passenger features that guarantee a safe and convenient riding experience. The Suzuki Alto 800 runs using a 796cc engine that emits 47 horsepower with 68 Newton meters of torque. You may choose from Silky Silver Metallic, Blazing Red, Superior White, Granite Gray, Prime Mojito Green, Cerulean Blue, and Brilliant Yellow. Locally, Suzuki Philippines announced the removal of the Suzuki Alto from its current lineup in 2020. It will be replaced by the contemporary-looking and equally affordable Suzuki S-Presso.

Fast forward several generations, the Suzuki Alto remained one of the top-selling models of the Japanese automaker because of its proven versatility and outstanding fuel efficiency.

The Suzuki Alto is built with a 2,360mm wheelbase allowing a comfortable space for four fully grown adults. Highlights in the refined cabin include a three-spoke steering wheel, a modern dashboard, front power windows, a well-designed instrument cluster with speedometer, odometer and trip meter, door pockets and glove box for storage, a USN and auxiliary port.
In terms of cargo loading, the Suzuki Alto has an efficient 177 liters of space. It can be extended by folding the rear seats.

The Suzuki Alto is built with a good number of airbags, three-point seat belts, child-proof locks at the rear door, defogger, immobilizer, and side-impact beams.

The body of the Suzuki Alto is built using strong steel specifically made to protect riders against sudden impact. It is affixed with a McPherson Strut suspension with coil spring at the front and a three-link rigid axle suspension with coil spring at the rear. Its braking power is assisted by a solid disc at the front and leading and trailing drum at the rear.

The Suzuki Alto 800 is powered by a .08-liter three-cylinder SOHC 12V engine mated with a five-speed manual transmission. It is guaranteed to produce 47 horsepower with 68 Newton meters of torque.

What is the successor of the Suzuki Alto in the Philippine market?

The Suzuki Alto is replaced by the Suzuki S-Presso which is a contemporary-looking hatchback with pretty much the same price tag.

What is the engine of the Suzuki Alto?

The Alto is powered by a 796cc engine that emits 47 horsepower with 68 Newton meters of torque.

What is the cargo capacity of the Suzuki Alto?

The Alto has an efficient 177 liters of space which can release more room by folding the rear seats. Must read before buying Suzuki Alto 2021 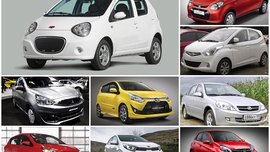 We take a look at the virtues and vices of the 9 cheapest cars in the Philippines in 2020. 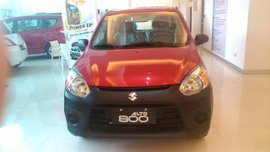 The new Suzuki Alto 2019 is said to come with a new platform.