Why is the Miata NA such a great sports car? Let’s find out.

The Mazda Miata means or stands for: M - Miata, I - Is, A - Always, T - The, A - Answer – at least to car nerds. Why is it always the answer? That’s because this little car from Mazda especially the first-generation NA can fulfill a lot of your sports car needs.

It’s very agile so it can do autocross and “Tōge.” It can also perform well in circuit racing, and despite its short wheelbase, the Mazda Miata for sale can actually drift. But most of all, the Miata NA is modular, easy to fix, and most of all, its uncomplicated powertrains are reliable enough to be used as a daily driver. 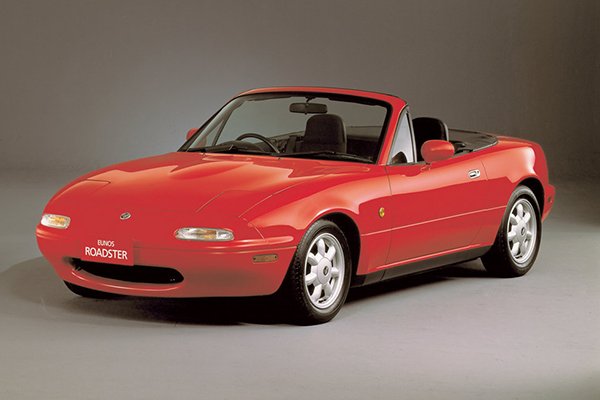 The Miata MX-5, a.k.a. the Eunos Roadster in the Japanese market

As a result, the Miata NA has become one of the most popular enthusiast cars since its initial launch in 1997. However, the NA is a significant model not only because it’s a relatively affordable sports car during its time, but it’s actually something of a Roadster messiah. To further understand this statement, let’s take a look at how this brilliant little sports car was developed.

How the Miata Came to be

Despite being made by a Japanese company, the Miata’s roots can be traced back to America, specifically to an American by the name of Bob Hall. He noticed that in the late 1970s, the once exciting, small British roadster was practically dead.

MG was gone, the Triumph Spitfire was canceled, and many other sports cars of that era were either expensive, were gas guzzlers, or were over complicated mechanical monsters that were horrible to drive on public roads.

As such, Hall, who was at that time a journalist working for Motor Trend, met with Kenichi Yamamoto, the Mazda president at that time, along with Gai Arai, the head of Research and Development at Mazda in 1976. During the meeting, Yamamoto, together with Gai Arai asked Hall about what Mazda should build next. In response, Hall said that:

“I babbled [...] how the [...] simple, bugs-in-the-teeth, wind-in-the-hair, classically-British sports car doesn't exist anymore. I told Mr. Yamamoto that somebody should build one [...] inexpensive roadster.”

According to rumors, the Mazda execs first scoffed at the idea, but in 1981 Hall was hired to be part of Mazda USA product planning team. During that time, he was finally allowed to develop a “light-weight sports” concept under the “Offline 55” program.

Under the Offline 55 program, the Japanese Mazda team and the Mazda USA team were pitted against each other in a concept development competition of sorts. Mazda even made a coupe version. Only 1 was built and its certainly the rarest Miata NA [Source: u/ToxicRageZ]

Eventually the Duo 101 concept won, which was then turned into the lightweight and affordable MX-5, which we now know as the Mazda Miata NA. It is heavily inspired by the Lotus Elan, and like its British inspirations, it was light and agile.

First-gen Miata: Always in our hearts

So why is the Miata NA so good? Why is it that to this day, many competitive drivers still prefer it as their weapon of choice?

It’s partly because the Mazda MX-5 Miata NA was the first design to follow the “Jinba ittai” or rider and horse philosophy. This means that the car has no wasted space, is very light and compact without sacrificing safety, it has 50:50 weight distribution, and it’s actually pretty grippy due to its wishbone or multi-link suspension systems.

As a result, the Miata NA was a light and very fun car to drive, with a price tag that didn’t break the bank. It’s also a known fact that the Miata NA were sold in great numbers, so looking for parts was easy. In addition, the 114 horsepower 1.6 liter inline-4, as well as the 133 horsepower 1.8 liter are easy to fix due to the Miata’s very easy engine bay access, and the said engine’s straightforward designs. 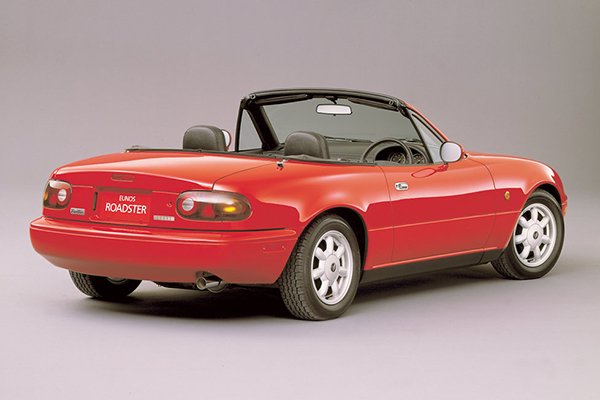 Initially, the Miata NA was deemed as a "hairdresser's car." Today, however, it's one of the cornerstones of modern car culture

Due to its success, the Miata even resulted in the establishment of a performance division called the M2, which then rolled out several Miata Packages which gave the small roadster more power, special wheels, etc. These more powerful, and even turbocharged versions of the Miata NA proved to be very effective track cars and thus were greatly used in various motorsports like the National Auto Sport Association’s famous Spec Miata.

To this day, the Miata NA is still a very desirable car. Many companies still develop aftermarket parts for the car, and there was even a factory restoration program in 2018, but it was only available for Japanese owners of the Miata NA. The NA's interior was simple, durable, and more practical than you think

>>> Related: A complete guide to Mazda MX-5 in the Philippines

Fourth-gen Miata: A return to form

In 2014, Mazda unveiled the Miata ND, and many claimed that it was a return to form for the Miata nameplate. Sure, there was the equally brilliant second-generation NB, and the third-generation NC, but the latter was very heavy, and the former lacked the pop-up headlights.

These two generations of the Miata also didn’t do so well compared to the veritable NA, which by then had opened the floodgates for the massive return of the “small, and light sporty car.” As a result, the second-gen NB, and the third-gen NC had to compete with the likes of the Jaguar XKR, Toyota MR2 Spyder, Nissan 350z, and many other similar “roadster-like” sports car models.

For the fourth-generation ND. It is lighter and shorter than the NC, which is of course a better representation of Mazda’s Jinba Ittai mantra. On top of that, the ND made the Miata “cute” again with its catlike headlights, and grille that has this “mischievous” but enthusiastic looking “smile.”

And most of all, its lightweight build and agile nature cause the new Miata ND to remain as one of the most sought after cars for track racing. Or it’s also a car for those individuals who just want something fun to drive daily. So, do you want a first-gen Miata now or do you prefer the current MX-5 ND? If you want to read more articles like this which delves on nostalgic car models like the Miata NA, keep reading here on Philkotse.com.