Toyota MR2: One of the best Toyotas ever made

For those unaware, Toyota President Akio Toyoda issued a decree of sorts for his company to “no longer make boring cars.”

As such, this heralded a resurgence of sorts for Toyota, which is, of course, evident with the release of the Toyota Supra, the Toyota 86, and more recently, the Toyota New Global Architecture (TNGA) cars like the GR Toyota Yaris which just lately unveiled. And speaking of Gazoo Racing or GR, the performance and tuning department of Toyota, they’ve been busy lately.

Now, why do we get the feeling that something's still missing? That’s right – where’s the modern version, or rather the fourth-generation model of the Toyota MR2? Before that though, let us regale you with the tale of the Toyota MR2 and how it became one of the most recognizable sports cars made by Toyota.

The Toyota MR2 throughout the years

For the benefit of those unfamiliar with this brilliant little car, let us educate you on what it is, its three generations, and how it became one of the most sought after Toyota made sports cars ever made.

The Toyota MR2 is a two-seat, mid-engine, rear-wheel-drive sports car that helped catapult Toyota into the high-performance market. Back when it was released, the first-generation W10 Toyota MR2 employed a very minimalist design (for its time), while still having the specs for performance.

It employed a very straightforward MacPherson strut for the front and rear to save space in order to fit in an inline-4 engine in the middle of the car, and disc brakes all around. While simple, Toyota had the help of Lotus engineer Roger Becker in developing the said car’s handling characteristics. When the 1st-gen MR2 came out, people were stunned with its very futuristic design

Apart from using the legendary 4A-GE inline-4 on the AW11 and the 3A-LU inline-4 for the earlier AW10, the Toyota MR2’s first-generation model also used the supercharged 4A-GZE for the AW11.

On its second-generation run, the MR2 went through a redesign, which made it look like a delicious “mini-Ferrari.” Toyota also upped the luxury levels on this newer W20 MR2, plus they gave it larger 2.0-liter engines.

It was also during this generation where the famous “snap-oversteer” characteristic came out wherein improper steering inputs made by a driver to correct a non-power-on oversteer would cause the rear of the car to swing one way, then quickly and suddenly to the other side.

Terrifying but some say a “fun” quirk of the car. Toyota fixed this with a redesign but many car critics didn’t take kindly to this. Do you see now why it's called the "mini-Ferrari"?

Now, the second-generation MR2 turbo was something really special. In a drag race, the little Toyota could beat the Honda NSX, the Toyota Supra, and….the Ferrari 348. So for a time, the MR2 became a legitimate high-performance driver's car.

For the third-generation MR2, Toyota designated it as the Toyota MR-2 and it became a convertible. It also had a very different exterior design losing its pop-up headlights while also receiving the “Spyder” look.

And yes, it only had one engine choice: the 138 horsepower 1ZZ-FED 1.8 liter inline-4. The mid-engine setup, as well as the MacPherson strut suspension setup, remained. However, the W30 MR2 was a very lightweight car.

This enabled it to reach 100km/h in 6.8 seconds, which was incredible for a car with a small engine at that time. Many critics even called the third-gen MR2 as good as the Miata and the Porsche Boxster in terms of handling. It's not as fast as its previous versions, but the 3rd-gen MR2 was arguably more agile

>>> Related: Update changes in price of the current Toyota lineups

Why we want it back

In essence, the Toyota MR2 is a reliable, light, and very agile car which didn’t cost that much back when it was released. Heck, surviving examples nowadays are relatively affordable.

It was, and still is, one of the cars to get when you just wanted the basics: a rear-wheel-drive, lightweight car with a manual transmission.

These characteristics are becoming rare among cars today especially among small sporty cars. Sure, there’s the Toyota 86 but that’s a front-engine car and it still isn’t as exotic as what the Toyota MR2 offered a car enthusiast.

Rumors of a return?

In March 2017, an automotive website called EVO reported that Toyota has expressed a desire to make a series of high-performance cars.

This rumored project has been called “the Three Brothers” by Tetsuya Tada, the chief of Toyota Gazoo Racing. Is that a reference to the Supra-MR2-GT86 trifecta? We sure hope so. 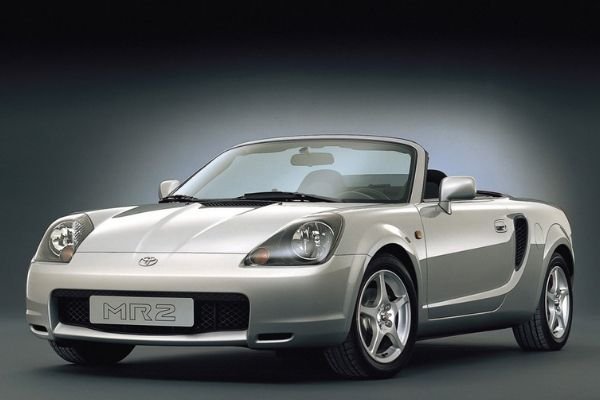 And if Toyota is indeed making a new MR2, let's hope that it'll be using a real Toyota engine

For more nostalgia-driven articles like this, keep reading here on Philkotse.com.