Dreaming of a sports car but don’t have the budget for a brand-new one? Well, buying your dream car has never been easier. Philkotse lists the top 5 most affordable sports car in the Philippines today.

In the previous article, Top 5 used sports cars under 1 million PHP [Part 1], we’ve discussed the first 3 options about the best sports cars under P1,000,000. We now continue on to probably 2 of the most bitter rivals for your hard-earned cash in the early to mid-2000s.

At the turn of the millennium, Philippine tax laws relaxed regulations towards higher displacement engines. Nissan Philippines at the time took the opportunity to introduce its hottest model, the 350Z. The Nissan GTR and 370Z were nowhere to be found at the time and the Nissan 350Z for sale served as its halo car. The design harkens back to classic Z cars of old

The design harkens back to classic Z cars of old with its long hood and short deck. Bulging fender flares accentuate the sporty design with the wheels pushed as far forward of the body as possible. Inside is a different concern.

Hard plastics abound the interior with not many creature comforts available. Plastic chrome accents are on the dashboard, betraying its 2000s roots. This is understandable as the car is meant to be a pure performance machine. The 370Z is meant to be a pure performance machine

Driving the 350Z around town, you’ll be wonderfully surprised by the VQ35DE engine, a 3.5-liter V6 rocket that was the benchmark for all RWD cars at that time. The naturally aspirated engine is expertly tuned by Nissan engineers to provide you with all the power you need at the lower and middle rev range -- with the top end left for highway pulls and cruising. Like most cars in this list though, don’t expect this to be a fuel miser.

Not unlike the Genesis Coupe, its wide track makes this a pain to drive around town with a large turning radius and stiff suspension. The 350Z setup does shine when you take it out of town to handle and carve corners or as a full-on track weapon. Using this as a daily driver may not be the best idea though but you won’t be judged for doing so.

Parts abound for the Nissan 350Z 2003 with full aftermarket support. Just make sure you find a trusted mechanic that knows his stuff and you can expect years of pain-free ownership. 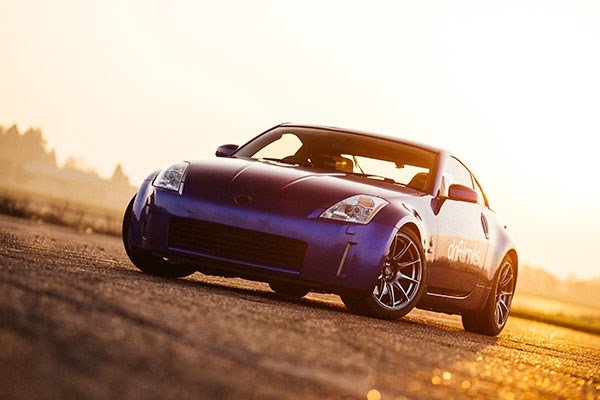 Using this as a daily driver may not be the best idea, but you won’t be judged for doing so

Ever considered a front-wheel-drive sports car? That phrase sounds like a contradiction in itself, but in the Mitsubishi Eclipse, you know you have something special. Mitsubishi believed that it could be able to sell you the look and the power of a sports car that can rival the 350Z -- but only in a straight line. 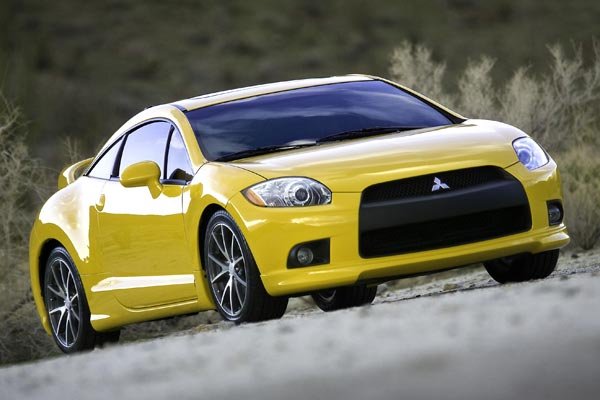 The Eclipse power can, well, eclipse that of the 350Z

The Mitsubishi Eclipse is probably the most misunderstood and underrated sports car out there -- as if people looking got turned off upon knowing that it’s a “wrong-wheel drive.” This concern is understandable as the Eclipse is a front-heavy vehicle with a large engine and all the drive parts in the front.

Steering in corners is not as confident. If you take your mind out of that expectation and consider this instead as a grand tourer or even a Japanese pony car, you’ll get what this car is about. 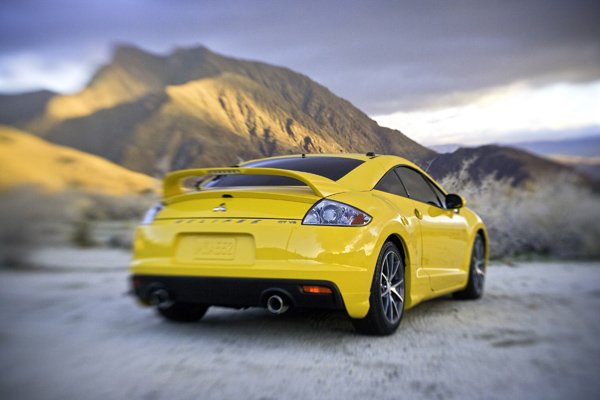 The exterior design, in my opinion, is one of the best in Mitsubishi’s playbook. With bulbous headlights and power bulges on the hood and fenders, you won’t feel out of place if you parked at BGC on a busy party Saturday night -- even today.

I’ve mentioned how spartan other sports cars are on this list when it comes to their interior game, but the Eclipse is not one of them. Thanks in part to the front-wheel-drive configuration, the interior (especially the rear seats) has more space to move around in.

The extra space was used to add decent sound insulation, making this the best one when it comes to NVH (noise, vibration, and harshness) damping. It’s even got a sunroof, leather seats, and a Rockford Fosgate sound system. 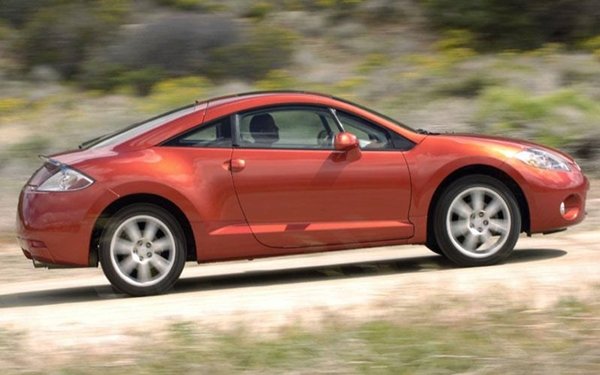 The exterior design, in my opinion, is one of the best in Mitsubishi’s playbook

The horses are kept within Mitsubishi’s all-new 3.8-liter V6 engine mustering up a respectable 267hp and a robust 357Nm. All that torque is absolutely necessary to pull the Eclipse’s heavy body and forget about fuel efficiency. Fully independent front and rear suspension can only do so much. But if you put it into perspective, it still handles much better than normal compact sedans.

If you want the sports car looks and performance but not exactly the handling, and appreciate the modern amenities of a modern car, Mitsubishi Eclipse 2006 is a great choice. 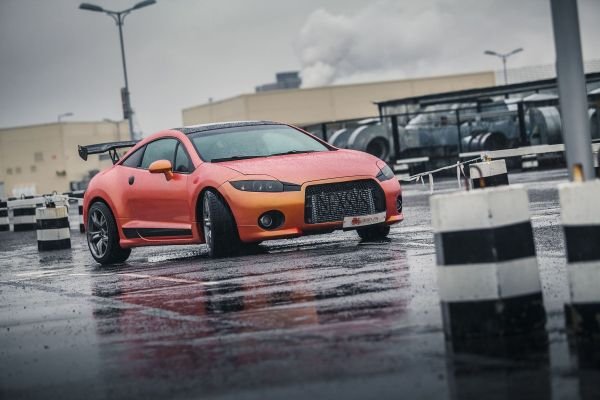 The Mitsubishi Eclipse is a great choice for a sports car

Being on a budget doesn’t mean you can’t get the car of your dreams. If you do your fair share of research you’ll find that there are a lot of cars available in the used-car market that can up your street-cred and cool factor. You don’t have to be a rich kid and drive your dad’s Ferrari or Porsche to own a cool sports car when you can have a job and make payments for a wonderfully maintained, used sports car. Thanks to inflation, hearing the words “one million” doesn’t give you as many goosebumps as it did 10 years ago. Considering that many of your favorite and popular subcompacts are now breaching the one-million mark, the option to grab a used sports car is not as daunting as it used to be either.

Banks also provide financing with good interest rates for used cars as well. We at Philkotse.com offer you the most extensive lineup of used cars from the most reputable and verified dealerships so you are guaranteed to get the best deal for your dream car.

Be sure to follow Philkotse to keep yourself updated with car news, reviews, and insights. Please browse our used car section to find your next dream car!