Here’s why we miss the Skyline so much and why we want it back.

The Nissan Skyline – it’s one of the most recognizable high-performance cars that sprang out from the Japanese Domestic Market, and it’s still sought after to this day.

It’s also one of the select cars that have remained stuck in the collected consciousness of car enthusiasts all over the world, and because of that, it has many names attached to it. There’s “Lambo Killer,” “Godzilla,” and of course, “GT-R.”

But what is it with this model that makes car guys all hot and bothered? Why is it so…legendary? Let’s find out.

Nissan Skyline: It could beat Lamborghinis

While the earlier, more modest Nissan Skyline C10, sold from 1968 to 1972, was famous on its own, it wasn’t until the 1989 Skyline R32 GT-R where the said model made a huge mark among enthusiasts. Why? It’s because of its combination of the very strong and very robust RB26 Inline-6 and the all-wheel-drive system known as the Total Traction Engineering System for All-Terrain, or simply, ATTESA.

Now it’s been said by many people that the ATTESA is what turns a Skyline into a GT-R, and when the versions of the Nissan Skyline for sale ramped up from the R32 to the R34, then the current R35, the ATTESA only got better and better. As time went on it provided better power to weight ratio, and it even became more “tweakable.” The Nissan Skyline R31. It was boxy, but its RB20 kicked butt

And then there’s the Nissan Skyline’s RB26 engine itself, which many quickly recognized as practically indestructible. Out of the factory, it came with a twin-turbo setup aboard the R32 GT-R, a naturally aspirated version for the “normal” GTS and earlier R32 GTE versions.

The most powerful iteration of the RB26 on the “classic,” non-R35 Skyline version came aboard the Nissan Skyline GT-R NISMO Z-Tune where it made 493 horsepower and 540 Nm of torque. Note though that this was practically a manufacturer’s tune.

Some select people, however, are known to be able to squeeze out as much as 900 horsepower out of the RB26 with the help of forged pistons, nitrous, and a lot of luck.

Nissan Skyline: Made a huge splash in motorsport

Due to the Skyline’s potential for performance, Nissan entered Skyline in many motorsport events. The Skyline R32 GT-R quickly dominated in Group A racing.  It won at the 1991 Spa 24 Hour race, the Group A Championships from 1990 to 1992, podium finishes for all 29 races of the Japanese Touring Car Championship, and 1st place at Bathurst 1000 in 1991 and 1992. The Nissan Skyline R32 GT-R. It defeated a lot of supercars back in the day

Following the feats of the R32 was the R33 which became the first car to break the 8-minute barrier on the Nurburgring. The R33 also won the JGTC GT500 and it even made a seven-second pass at the famous Sendai Hi-Land drag strip, which made it the fastest AWD car at that time. Because of the Skyline’s dominance in motorsport, it began to appear in many pop culture works. From racing-oriented anime like Wangan Midnight and Initial-D, and more recently, Hollywood movies like the Fast and the Furious series.

Sure, the R35 GT-R is a worthy spiritual successor to the Skylines of the past. It is fast, it’s agile, and it's also a dominant force in present-day motorsport and car culture. Technically, however, it’s no Skyline. So what about the “real” Skyline successor?

Well, after the R34, Nissan deemed to make massive changes to the Skyline marque. They made it on a different platform, the FM platform which it shares with the 350Z, but at the same time, they turned it from an agile, aggressive-looking vehicle, into a sedate, premium oriented vehicle. Japanese tuners even ignored the R35 and continued to use the R34 for their purposes. 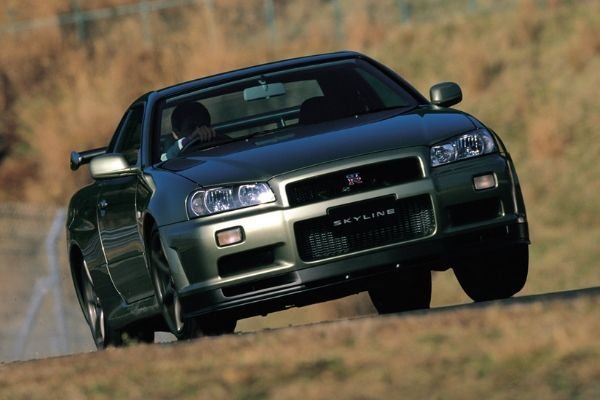 Nissan Skyline: The spirit lives on

While the R34 line is gone, the Nissan R35, or simply, the Nissan GT-R, is currently available here in the Philippines. Like its spiritual ancestor, it has all-wheel-drive, it’s very aggressive looking, and it will rip on a race track. It is, however, a far cry from the delicious simplicity of the classic R31 to R34s.

It relies too much on computers to do its work, and it’s quite…flashy appearance-wise. But most of all, it has a starting price of Php 8,900,000 which is out of reach for many car enthusiasts. Sure it's fast. Sure it's handsome. But it ain't no Skyline

Is a 2020 Nissan Skyline possible?

As we’ve said before, a 2020 Nissan Skyline, the one that can be traced directly back to the C10 Skyline of old, is still present in Nissan’s lineup for the Japanese market as a four-door sedan. It even got a 2019 update for the model year 2020 and a hybrid version. What’s it like? Well, it’s the kind of car that clearly shows that Nissan has somewhat entered its “senioritis” stage since the release of the FM-based Skyline. They even built a crossover with the Skyline name, and that made a lot of people livid.