Kia Motor Corporation or Kia is considered the second largest automobile manufacturing company in South Korea. In 1998, Kia and Hyundai merged and up to this day, Kia owns the minority of Hyundai and vice versa.

I. Overview of Kia Motors

Kia Motor Corporation started its journey in 1944 when the Kyungsung Precision Industry has been founded. A year after, they were able to establish two manufacturing plants or factories in South Korea, which paved the way to the production of their first bicycle in 1952, a year when the company’s name was changed to Kia Industries.

Five years after, they were able to open another plant and then years after that, they were able to release the three-wheeler K-360. After further producing vehicles, opening new plants, and introducing their products to other countries, they have become the company that they are now today. A Glimpse of the Three-Wheeler K-360

In order for the company to meet the unique needs of their customers around the world as well as to stand true to their promise to become a lifetime automobile partner, they made sure that they have enough production and R&D facilities.

That said, they currently have five manufacturing plants in South Korea, Two in China, one in Vietnam, one in India, one in the USA, one in Mexico, and one in Slovakia. As for their R&D or design facilities, they have one each in South Korea, Germany, and California.

Throughout the years, the products of Kia have proven their worth not just in their home base but also in all the countries that they serve. In fact, they have received approximately 150 quality awards including Best Car of the Year, Car of the Year, and ranking 1st in the 2015 Autobuild Quality Report.

Similarly, their products have also been recognized by other award-winning bodies due to their safety and design. Additionally, customer satisfaction has always been high. Kia Soul is amongst the highly recognized models due to its design, safety, and quality

Apart from the awards and recognition that the company’s products have received, Kia prides itself on the fact that they contribute to the welfare of the communities around the world by doing humanitarian acts. In fact, they have built and renovated schools and healthcare centers in countries such as Uganda, Tanzania, and Malawi.

If you are very observant, you would notice that the presence of Kia vehicles in the Philippines is very high, whether you live in the city or province. That is owed to the fact that they have been distributed and imported in the country since 1994. Philkotse.com will give you some clues for this.

Columbian Autocar Corporation (CAC) has long been the official distributor, importer, and assembler of Kia cars in the Philippines, but currently (2018), the Ayala Group announced that they will be acquiring almost 60% of the company’s ownership, but it is still in progress.

Nonetheless, CAC has shown a remarkable performance, well, in fact, within two years in the industry, they have already taken the number four position in the Philippine automobile market. 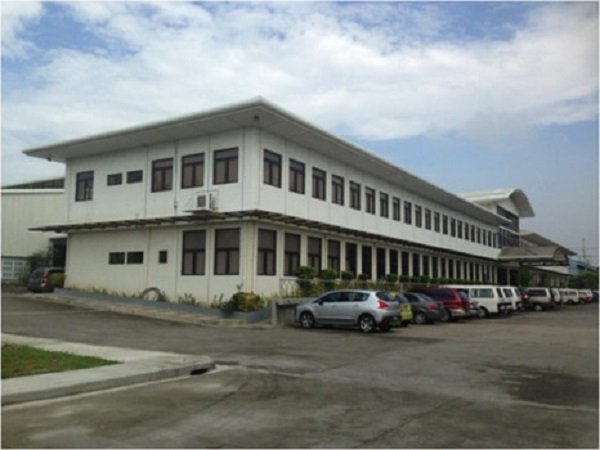 Similarly, they have been recognized by the Kia Motors’ Elite Zenith Club due to their outstanding performance in 2007, 2008, 2009, and 2015. Additionally, they were given the distinction as the 2011 Distributor of the Year for the Asia-Pacific Region, not just based on their sales performance but also because of their great customer service.

If you want to check out the Kia cars in the Philippines and Kia Philippines price list personally, you can visit any of their 40 dealerships in the country.

As mentioned, Kia Philippines has long been performing well based on sales. To be more specific, as per the data issued by the CAMPI and TMA, wherein CAC is a member of, in 2017, the company was able to sell more than 5,000 units, putting them in number 11 per market share. Then in the mid-year report for 2018, they a total sale of more than 1,000 units, putting them at the number 13 rank. Of course, that may still change at the end of the year.

If you are looking for Kia cars for sale in the Philippines, the company has a selection of passenger cars, SUVs, MPVs, and commercial vehicles. All in all, there are about eight models available for you to choose from.

For the passenger car, you can choose from the Kia Picanto and Five-Door Rio. The Picanto is loaded with a 1.2L engine as well as available in four-speed automatic and five-speed manual transmissions. On the other hand, the Rio is loaded with a 1.4L engine and available in four-speed automatic and six-speed manual transmissions. Both of which are perfect for individuals, couples, and small families. When it comes to the SUVs and MPVs available, you have four choices. The Kia Soul is a five-door unit that has a 1582L displacement and seven-speed DCT as well as the unique organ-type accelerator pedal. The next one is the Kia Sportage that is loaded with advanced technology. It has an improved aerodynamic system, an auto-defogger, a smart welcome system, and audio remote control. These excellent cars are also listed in our Kia cars Philippines review section.

The third model is the seven or eight-seater Grand Carnival that is said to be the one that has the most spacious cargo area and legroom, both in front and back areas. Other standout features would be its Hill-Start Assist Control (HAC) and Electronic Stability Control (ESC). The last one in this category is the Kia Sorento. Its 2018 design is illustrated in the video below:

The Kia K2500 is the perfect vehicle for individuals who are into a business of cargo shipping or those who deliver vegetables and other goods to and from the provinces and regions in the country. It has a maximum speed of 127 km/h and a cargo space of 1,630mm (W) x 3,110mm (L).

As you have read above, Kia Philippines have made sure that all residents in the country, from Luzon to Mindanao, are catered well. All the units available are also suited for the specific needs of the residents as well as suited for the terrains of the country, without putting a hole in your pocket.

View all Kia cars for sale