A summarized guide to all of your car parts & functions

Nov 25, 2019 | Same topic: Technical car terms to know
A list of the different parts of a car and a short description of their functions.

Parts of a Car: Introduction

If we break down the idea of a car down to its fundamental concept…it’s kind of pretty simple. Take a look at a go-cart, for example, the simplest form of a four-wheeled powered vehicle. There’s an engine at a back with its cooling system, a seat for the driver, four wheels, a braking system, a chassis, and a steering wheel.

That’s it. Look back a few decades ago, the can be said for the first model to be ever mass-produced; the Ford Model T. As the years went on though, the car as we know it has become more advanced.

Fast forward to today, what we now have is a combination of the basic “go-kart” formula plus transmission and loads and loads of technology. Regardless, the basic formula remains somewhat the same with slight variances.

For a car owner, knowing what your car is comprised of is a must. For the purpose of this article, Philkotse.com will only give a short description of each part but we’re sure that this list will somewhat provide a good starting point and an overview of the multiple systems that make up a modern car.

Are the seat used in automobiles? Usually made from durable materials but most today are foam that is clad in fabric. Today, seats are designed to be ergonomic and there are even some that come with their own powered adjusters.

Note also that there are special seats for children called child car seats and for automotive racing. 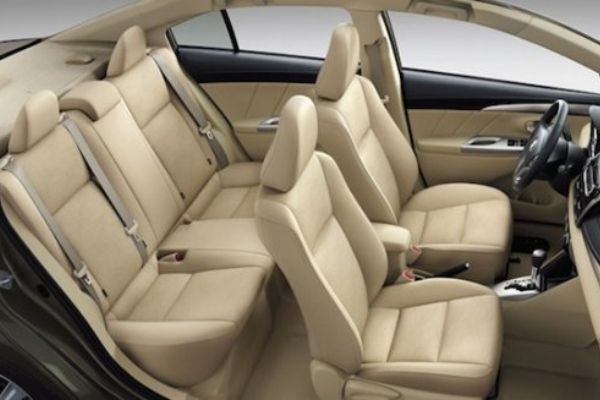 The seats aboard a 2019 Toyota Vios

Located in front of a driver and the front passenger, the dashboard is where many of the controls of the car’s systems are mounted for easy reach. These include the entertainment systems and air-conditioning systems, and of course, the steering wheel.

The dashboard of a Kia Carga. Looks boring but plastic ones can take a lot of beating

A steering wheel is the user interface component of the steering system. Usually, it comes in a round shape and has several spokes, hence the term; steering wheel.

Modern vehicle’s steering wheels also have several auxiliary controls for the entertainment systems, hands-free calling. It’s also where the driver’s airbag and the horn are located. 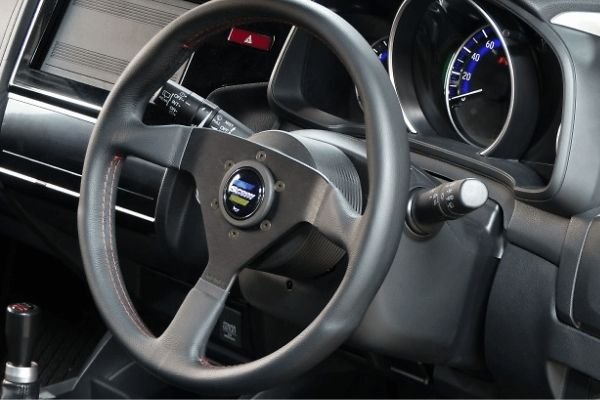 >>> Also check out: Easy cleaning tips for 5 different types of the steering wheel

Referred to as a shifter, or gear shift, is the driver interface part of the transmission system. On a manual vehicle, a driver uses this to select a gear in conjunction with the clutch. On automatic vehicles, a clutch is not needed and it is merely used to select P=park, R=reverse, N=no drive, and D=Drive.

While shifters are commonly found in between the two front seats, some vehicles will have it mounted on the steering column, like the Toyota Crown Taxi, and on the dashboard like the Toyota Hiace. 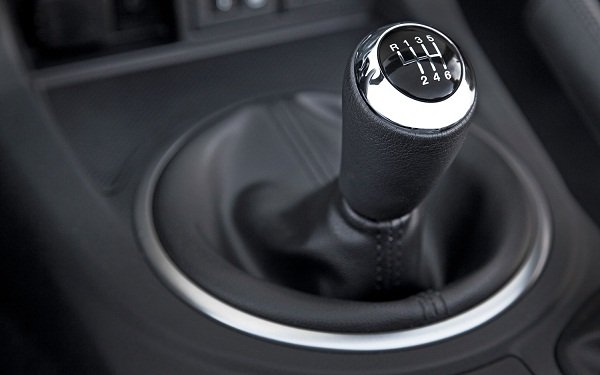 Also called a parking brake or emergency brake, the hand brake is a device used to secure a vehicle whenever it is parked. There are also kinds of parking brakes that are controlled by using a pedal like on the Hyundai Ioniq. 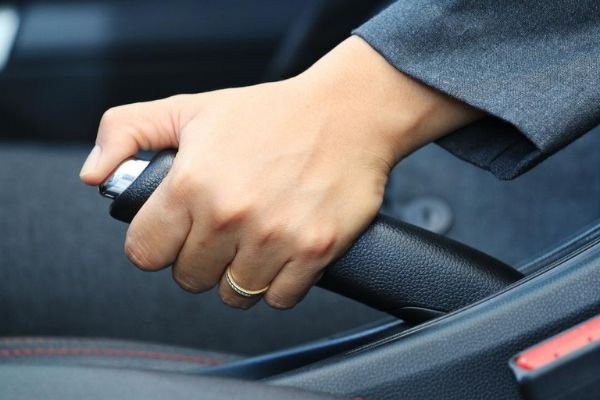 For those who have a small to mid-size, RWD, manual car, then this is also called as the fun stick

On a typical vehicle, these are found below the dashboard near the floor and are within easy reach of a driver’s feet. On a vehicle with a manual transmission, there are three pedals; the left-most one is the clutch, the middle one is the brake, and the third, right-most one is the accelerator.

On an automatic transmission vehicle, there are only three pedals; the brake pedal on the left and the accelerator on the right. Note though that some vehicles will have a pedal for their parking brake control. 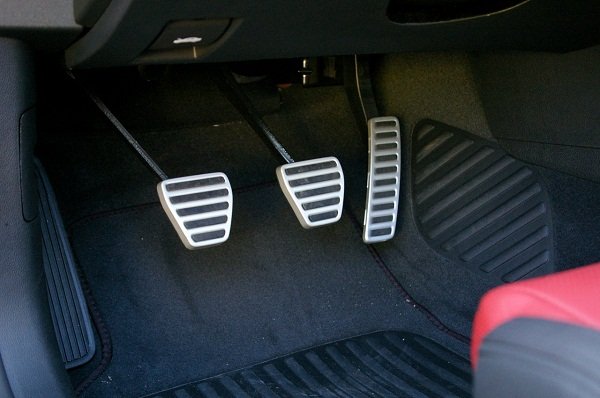 Picture of the car pedals

These are usually found covering the interior side of a car’s doors. They are either covered in fabric as well as some padding for comfort. In most vehicles, this is also where the controls for the windows and where the door latch is located. 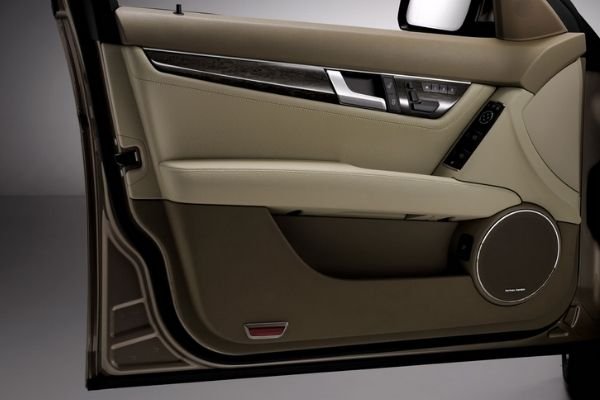 They're particularly hard to DIY clean especially the cloth clad ones. Buy a decent vacuum

It is a system that uses air conditioning to either cool or heat the interior of the vehicle for passenger comfort. It is a complicated system, so check out our comprehensive guide to car aircon parts for a better explanation. 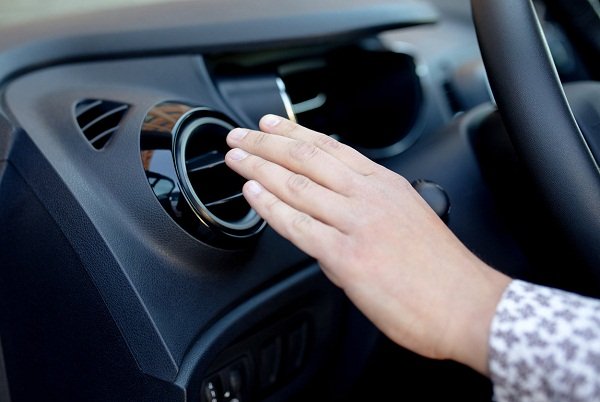 The center console refers to the part of a car’s interior where the dashboard begins. It’s also mounted on top of the transmission tunnel that runs between the centerline of the vehicle. This is also the traditional position of the gear shifter.

On modern vehicles, center consoles can vary a lot. Many have storage places like cupholders and cubby holes while others will have controls for onboard entertainment and comfort devices. The center console of a 2020 Toyota Supra

Used by a driver to see the area behind the vehicle. It is typically mounted near to the top of the windshield inside the car. 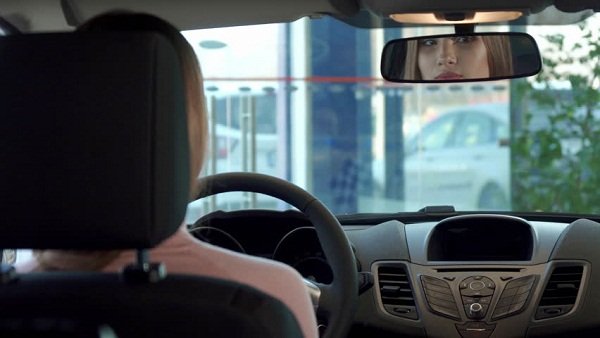 Rearview mirror is useful for glaring at your behind passengers

>>> For further reference: How to adjust rear-view mirrors for a safe drive

Are exterior parts that are attached to the rear and front ends of a vehicle. In a minor fender bender, these are designed to stave off impacts. In the past, they were made out of metal, nowadays, these are made from a huge range of materials like plastic to aluminum, to carbon fiber.

Also called a headlamp, these are lights that provide visibility when traveling in darkness. They can be positioned in two ways; a high beam and a low beam.

In the present, there are several major types, LEDs, halogens, HIDs, and Laser. The LED is increasingly becoming more popular due to its efficient energy use. They’re also brighter than any bulb.

Apart from providing visibility in the dark, many vehicles now have daytime running lights to increase the visibility of your vehicle. 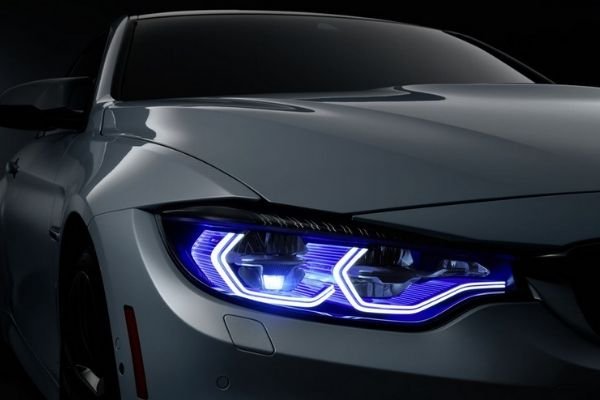 >>> Useful tips on choosing the best headlight for your car

Tail-lights or tail-lamps commonly refer to the cluster of lights located in the rear of the car. These make your car visible and the brake lights will also tell another driver that you’re slowing down and/or are braking. 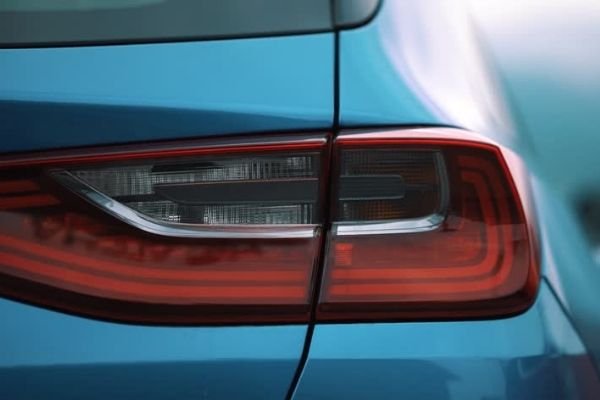 Are a set of lights located on the rear and front of a car that will intermittently turn on and off, a.k.a “blink.” This will inform other drivers of which direction you are heading towards. Usually, the controls for the signal lights are located on the left of a steering column (right-hand drive cars).

All modern cars have front and rear signal lights. And lastly, all cars have a hazard light function that you use in certain situations. These function by blinking all of the signal lights at the same time making a car more visible. 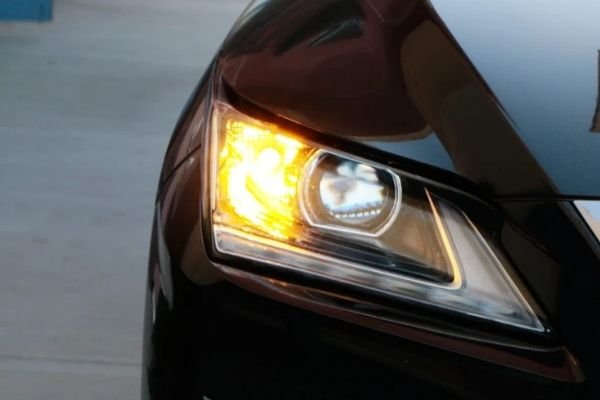 As it says on the tin, doors are the parts of a car that you open using a latch to get inside. They also serve as the window’s mounts.

Also, the number of doors will dictate the car's body style. Take for example the Suzuki Celerio. It’s a 5-door hatchback with the rear door being the access point for the trunk. 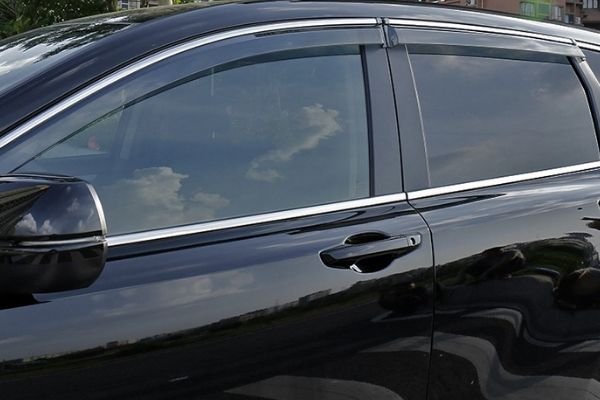 A car's doors and windows A Veyron's tire, wheels, and brakes in one picture

Also called wing mirrors or side-view mirrors, the side mirrors are mounted outside a car for helping the driver see the spots behind and on the side of the vehicle. 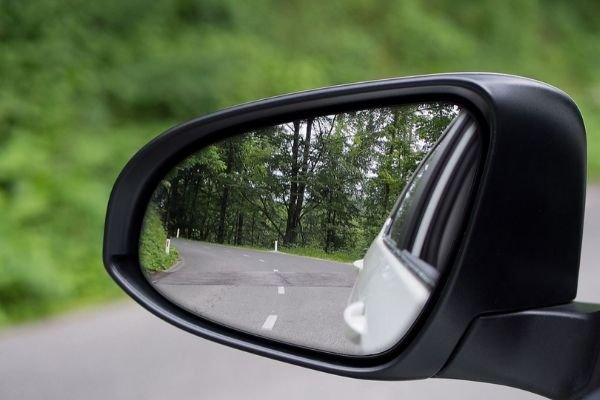 A car's side mirror

A windshield or a windscreen is the front window of a vehicle. It provides visibility while at the same time it provides the occupants of a vehicle from the elements. These are usually made out of laminated safety glass and are usually curved in shape. 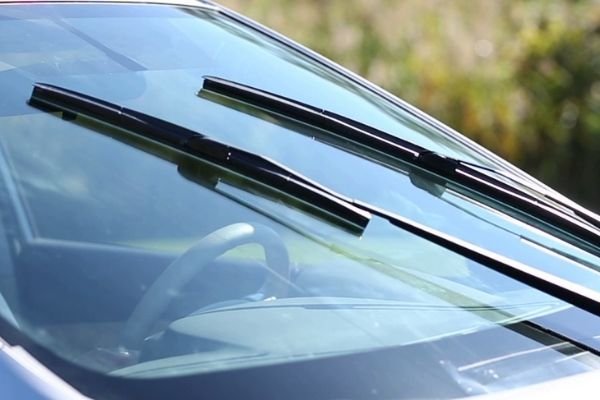 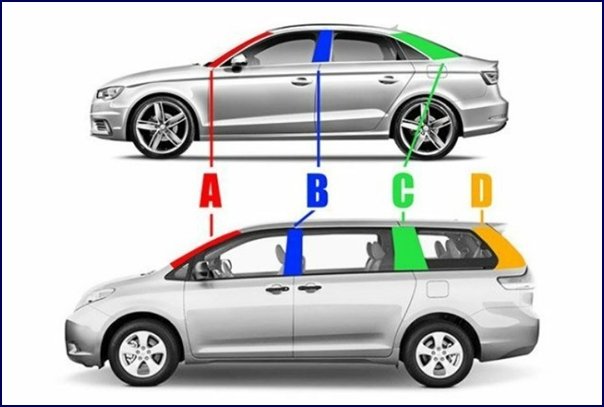 A longer the car, the more pillars it has

>>> Related post: 6 basic concepts about cars that you should know

Quarter Panels and Side skirts This part of a car covers the opening located on the front allowing air to enter and exit. It serves to protect the engine and the radiator and is usually a big style component of the vehicle. It’s probably the first thing you’ll look at a car after all. One of the first details that you'll notice on a car. Probably

The car suspension system and steering

Suspension System – This is a system of springs, shock absorbers and links connecting the body of the vehicle to its wheels. It absorbs bumps and the motion of a car’s weight transfer as it travels thus allowing for some bit of motion in-between the wheels and the car.

In modern cars, the type of suspension used on the front is usually different from the rear. Steering – Allows a vehicle to be directed to the desired direction. Nowadays, to make it easier for the driver, the steering system powered systems are called collectively as power steering.

Also, most modern cars use a rack and pinion steering mechanism where the steering wheel turns a pinion gear which in turn moves the rack. You're not driving straight all the time right? Or are you?

A series of pipes which directs exhaust gasses away from the engine. 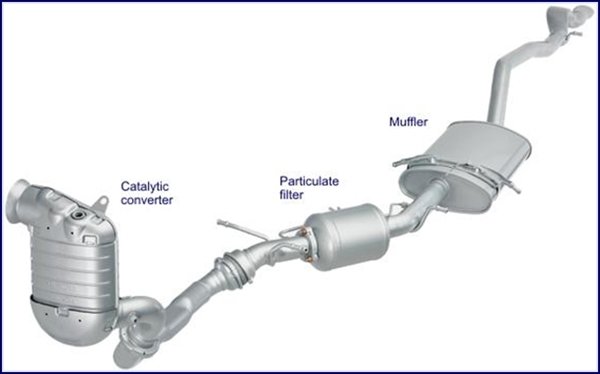 It is a mechanical device that allows the outermost powered wheel to turn faster than the one inside when doing a turn. This is necessary because the outer wheel needs to cover a greater distance and will be rotating faster than the other wheel.

On cars, a drive shaft is a part that transmits torque and rotation. These are typically used on rear-wheel-drive cars because there is a distance between the engine which produces the power and the rear wheels where the power is being sent to for them to rotate.

On wheeled vehicles with a live-axle suspension system, these functions by transmitting torque to the driving wheel as well as holding the wheels together relative to the body of the vehicle.

Note that front-wheel driven cars usually don’t have axles and a rear-wheel-drive car might have two.

A series of parts handling the oil which the engine needs to run effectively. Oil is needed on combustion for several reasons such as reducing heat from friction and premature parts degradation due to friction.

Controls the power applied to the wheels of a vehicle. It uses a series of gears that offer differing amounts of speed and torque. This enables a car to slow down, start and stop despite the engine’s constant high rotational speed. This diagram is for rear-wheel-drive cars, fwd cars are a bit different

Consists of the fuel tank, fuel pump, and fuel lines. This system handles the storage and delivery of the fuel necessary for an internal combustion engine to function. Because a car can't run on air alone

Consists of several parts which are not limited to a radiator, a radiator fluid reservoir, and a series of pipes of differing sizes. The most major part of this system is the radiator and it functions by transferring heat away from the engine by way of engine coolant. Engine cooling is necessary because of the combustion part of ICEs 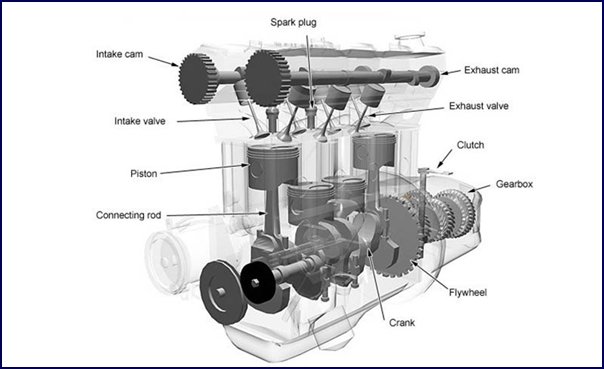 The parts of an internal combustion engine A simple diagram of a car's essential electric systems

6. Parts of a car: Safety features Did this list make you more familiar with the different parts of a car? Is our list complete or do we need to elaborate more on the different car parts?

>>> Click to get more car tips and advice on Philkotse