What are the supercars I can buy in the Philippines?

Got bit by the performance bug hard? Then check the list of supercars in the Philippines.

In the automotive world, supercars are the top dogs in performance, and most of them are the result of decades of automotive research and development. They’re made solely with the intention of going as fast as possible while looking and feeling as cool as possible. As such, these are the kinds of cars that care not for fuel economy. There’s also almost little to no limits as to how much they’ll cost to acquire and maintain.

Despite this, everyone including Filipino gear heads is drawn to these mechanical beasts. And yes, supercar companies are very much aware of this. We've got loads of supercars to choose from folks. If you have the dough that is.

As such, it’s no surprise that Ferrari’s latest supercar was recently introduced into the Philippine market. It’s called the Ferrari F8 Tributo and it’s basically an update to the famous 488 Ferrari platform. Nothing, however, is basically about this thing. Its hand-built V8 engine can make 710 horsepower and 770 Nm, and its interior is fit for royalty.

With the introduction of the F8 Tributo as well as other continuing presence of supercars in the Philippines, it’s obvious that there’s a market for them locally. A pretty sizable one in fact. That’s because apart from Ferrari, there’s actually a hefty number of supercars from a wide array of manufacturers available locally. Which ones? Well, here’s a list of the supercars in the Philippines that you can buy right now.

I. Supercars in the Philippines: Ferrari

Ferrari products are currently distributed here in the Philippines by Autostrada Motore Inc. You can visit its dealership at BGC, Taguig.

The F8 Tributo is Ferrari’s latest supercar model. As such, it comes with the latest high-tech features like Side Slip Angle traction and stability control, a lot of driving modes, turbo rev sensors, and improved aero for more downforce. The 488 is the replacement of the 458. It was also the first Ferrari model to use forced induction since the F40. Turbos combined with V8s are glorius.

The 812 Superfast is the successor to the F12berlinetta. It can reach a top speed of 340 km/h, and it is equipped with a rear-wheel-steering system. It also features the same massive brakes found on the LaFerrari. With brakes larger than a dinner plate

The GTC4Lusso is a three-door shooting-brake, and one of the few Ferraris that comes with an all-wheel-drive drivetrain. All that power and grip makes the GTC4Lusso a very fun car.

The Portofino is Ferrari’s current hardtop convertible touring car. It’s the successor to the Ferrari California T, and it offers a more rigid, and lighter chassis than the latter. It’s also 50 percent more effective at staving off road noise than its predecessor. 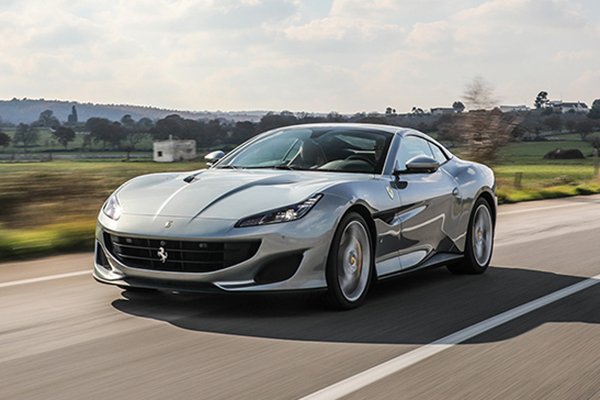 Let your hair fly out. Just watch out if you're wearing a toupee though.

II. Supercars in the Philippines: Lamborghini

PGA Cars are the official distributor of Lamborghini cars here in the Philippines. Its dealership is located at 201 Epifanio de los Santos Ave, Mandaluyong.

Angular and powerful, the Aventador is the successor to the Murciélago. Like most preceding flag-ship models, it uses the company’s in-house designed V12 engine. It also has scissor doors just like the legendary Lamborghini Countach. >>> Related: What's the top speed of the Lamborghini Aventador?

Named after the Spanish word for the hurricane, the Lamborghini Huracan replaced the Gallardo in 2014. It features a magnetorheological suspension, Audi’s Fuel Stratified Injection system, MagneRide electromagnetic damper control, and many other state-of-the-art automotive technologies. III. Supercars in the Philippines: Lotus

For the Philippine market, Lotus cars are sold by the Autohub Group. The Lotus Cars Manila showroom is located in San Juan, Metro Manila.

The very corner happy Lotus Elise is one of the smallest and lightest cars to be considered a supercar. It’s so light in fact that it only needs a Toyota ZR-series inline-4 engine. Don’t let that fool you though because this little supercar can reach 0-100 km/h in just 4.2 seconds. The Evora is Lotus’ idea of a more practical, road-going supercar. As such, it is much larger than the Elise that it’s based on. It also features a larger boot, and it is the only Lotus model that can seat four people. In the vein of the Elise, the Evora also uses a Toyota sourced V6 engine. Its trunk can fit a golf bag, but don't let Lotus hear you say that.

Designed as a more “hardcore” version of the Elise, the Exige features a larger V6 engine without the Evora’s bulkier frame. It seems that Lotus cars love to smile.

IV. Supercars in the Philippines: Porsche

The Porsche 718 is marketed both as the 718 Cayman and the 718 Boxster. It’s the entry-level Porsche supercar. However, like the 911, the 718 is propelled by a flat-six engine. Since the third-gen versions, the 718 mirrors the style of the 911. Apart from that, it’s also more rigid and lighter. The 718 is one of the most affordable Porches you can buy today.

The 911 is Porsche’s longest-running model. For many people, the 911 is the prototypical Porsche, and it’s probably the first car you’ll think about when hearing Porsche's name. The first 911 came out in 1963 and currently, it’s now in its eighth iteration. The Porsche Taycan is the latest addition to the Porsche Philippines lineup. It’s also the German car maker’s first-ever production all-electric car. On top of that, it’s also one of the few EVs currently being sold locally. 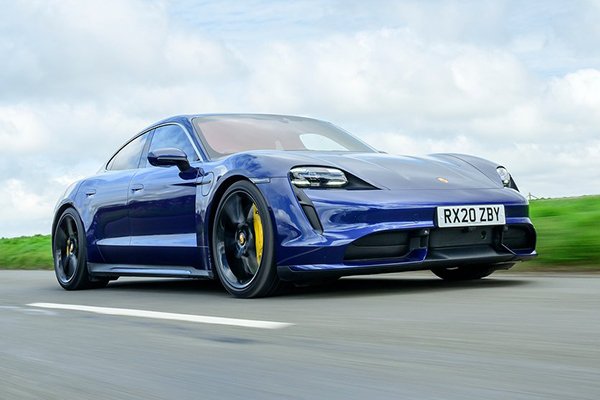 The most powerful Taycan variant can churn out an earthmoving 1,050 Nm of torque.

The DB11 is a grand tourer powered by a twin-turbo V12 or V8. It also features swan doors, and a bonnet made out of a single cut of aluminum. The DB11 is also notable for being Aston Martin’s first-ever car made in partnership with Daimler AG. 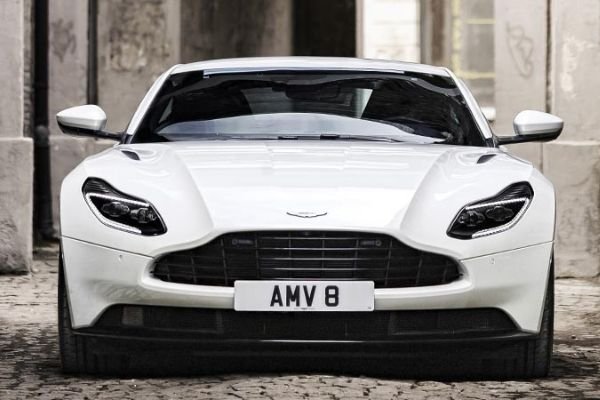 Named in reference to the Lagonda Rapide, Aston Martin Rapide is a four-seater sports saloon based on the DB9. The latest iteration of the Rapide is the Rapide AMR. A high-performance version with an ultra-limited 210-unit production run. 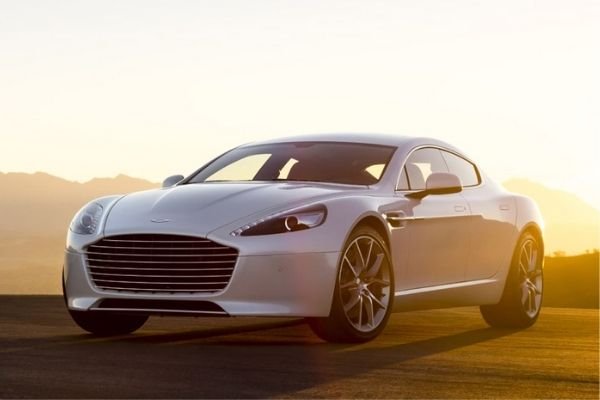 Check out that very wide grille.

Aston Martin has used the Vantage name several times before. The latest one however is a two-seater grand tourer that debuted back in 2017. It features carbon-ceramic brakes, and the AMR performance version most notably features a dog-leg seven-speed Graziano transmission. The Vantage in the "Tungsten Silver" color.

VI. Supercars in the Philippines: Jaguar

For the Philippine market, Jaguar cars are sold and imported by the Coventry Motors Corporation. Jaguar models can be viewed at the Jaguar Land Rover Philippines showroom located at 1008 Epifanio de los Santos Ave, San Juan.

Harking back to the 1986 XJ41 concept, the current F-Type comes in a coupe or convertible configuration. Both versions are powered by a 5.0-liter V8 engine. Currently, it’s the sole Jaguar model available that falls in the supercar category. It’s also the first Jaguar road car that can reach 322 km/h since the XJ220. VII. Supercars in the Philippines: Nissan

While not technically a supercar per se, the Nissan GT-R has accrued the title of “supercar killer.” It had the performance and handling that could beat many supercars when it came out, and at a fraction of the cost.

The GT-R can achieve a 0-100 km/h time of 2.7 seconds while featuring a plush interior with Nappa leather, a Bose sound system, and many more luxury features. It’s also worth mentioning that the GT-R is the spiritual successor to the legendary Skyline GT-R R34, which itself was also a supercar killer during its time.

The Nissan GT-R also has the GT-R NISMO version which features a sportier-looking interior. Being a NISMO variant, it’s also much more powerful and more agile than the regular Nissan GT-R.