Their first release was named Aston Martin, a combination of a racing site called Aston Hillclimb and one of the founder’s last names. It was built using the chassis of the 1908 Isotta-Fraschini and powered by a four-cylinder engine created by Martin.

Bamford left Aston Martin in 1920 but the company continued its operation through the help of Count Louis Zborowski. They proceeded to build efficient sports cars and joined the French Grand Prix in 1922. They claimed victory setting new endurance records and world speeds in the Brooklands Motor Racing Circuit.

Through the years, like any other company, Aston Martin changed ownership. But because of the automobile company’s consistent releases and proven track record, they received the Royal Warrant of Appointment from the Prince of Wales in 1982.

Some of their notable models include:

Locally, you can see the newest SUVs and sports car of this legendary British carmaker at Aston Martin Manila. Aston Martin Philippines' showroom is on the ground floor of the W Fifth Avenue Building in the Bonifacio Global City in Taguig.

If you’re looking for a more convenient way to check out the current lineup of Aston Martin, go online and visit Philkotse.com. The 24/7 user-friendly site offers an extensive array of this acclaimed and luxurious British car brand. Also, you may check out exciting news, promos, and other exciting deals.

2. Aston Martin dealership in the Philippines

Aston Martin only opens one showroom in the country. It is located in 5th Avenue Corner 32Nd Street, Bonifacio Global City, Taguig. For further information regarding address, contact number, and appointment booking, please visit our page for Aston Martin Philippines’ dealership on Philkotse.com.

The Aston Martin DB11 is a luxurious grand tourer manufactured and released through their partnership with another premium automobile giant, Daimler AG. As the British car manufacturer’s flagship model, it features one of the most stunning exteriors in their current line up. It features a perfectly crafted body filled with the right balance of sophistication and subtle sexiness. Inside, it offers a classy and roomy cabin packed with the latest safety and comfort innovations the driver and passenger will adore. In the Philippines, the Aston Martin DB11 is offered in two variants: the Aston Martin DB11 Coupe 4.0L V8 and ...

Aston Martin is a British luxury sports car brand that was founded in 1913 by Lionel Martin and Robert Bamford with its current headquarters located in Gaydon, Warwickshire, England, UK.

How much does it cost to own an Aston Martin in the Philippines?

Prices of Aston Martin car models in the Philippines are only available upon request. Kindly click the Get Quote button and fill out the form for further pricing details. According to international auto sites, an Aston Martin can cost you from US$153,000 up to US$1 million.

What are Aston Martin cars known for?

Aston Martin is known for its hand-built, and high-performance models.

A stunt car replica of the Aston Martin DB5 used during the filming of a Bond film was sold for P167 million at an auction.
The new Aston Martin V12 Vantage Roadster following the release of its hardtop version early this year, and all have been sold.
Aston Martin is rolling out an updated version of its logo. It will be featured in future models, and it will also appear on the brand’s F1 cars this weekend.
Aston Martin Manila announced that a mystery buyer bought the P167-million Valkyrie hypercar, a limited production model with only 150 units.
DBPhils Motorsports Inc. announced that it is the official importer and distributor of Aston Martin and McLaren cars in the Philippines. 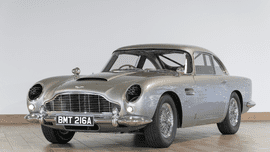 Sounds pricey, but it’s for a good cause. 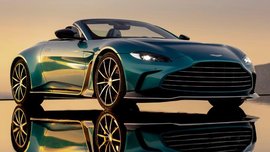 The engine is the first such fitted on a convertible Vantage.

The update is subtle yet distinctive. 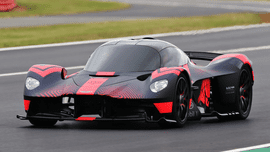 Someone bought a P167-million* Aston Martin Valkyrie in the Philippines

1 of 150 Valkyrie units will be in the country. 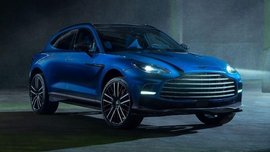 We will soon see the AM Valkyrie, Valhalla, and McLaren GT, among others.