Since its official launch in 1947, Ferrari has remained a consistent luxury sports car automaker. The Italian company is synonymous with the acclaimed performance of their vehicles with unmatched speed. Also, their releases are celebrated by drivers and other carmakers all over the world.

Its founder, Enzo Ferrari, was a successful race driver for Alfa Romeo,  a posh Italian car brand. In 1929, he founded the Scuderia Ferrari that began as a division in Alfa Romeo. It provided services to affluent drivers by preparing their powerful race cars. After a successful career as a race car driver and as head of Alfa Corse, he left his position in September 1939.

He then established Auto Avio Costruzioni as his departure in Alfa Romeo forbade him to use the Ferrari name for at least four years. Initially, his company focused on manufacturing aircraft parts and machine tools. In 1947, they released a 1.5-liter, V12 race car named Ferrari 125 Sport. A decade after, his company was renamed Auto Costruzioni Ferrari.

Since then, Ferrari has launched exceptional vehicles fitted with innovations and gracefully winning various competitions around the world. Some of their acclaimed releases include the Ferrari 500 TRC that won at the 1957 24 Hours of Le Mans, the Ferrari Dino 246 GT hailed to be one of the most beautiful vehicles of all time, the 1980s pop icon Ferrari Testarossa made famous by US television show Miami Vice, and the celebrated Ferrari F40 which is the epitome of a modern supercar.

In the Philippines, Motostrada Inc. located at the Bonifacio Global Center, Taguig City is the official distributor of renowned Ferrari cars nationwide. Aside from modern releases, they also offer pre-owned automobiles and provide maintenance programs for your prized possession.

If you're searching for a more convenient way to browse Ferrari cars, go online and visit Philkotse.com. The user-friendly site has a wide selection of new and old models plus, you can enjoy exciting promos and deals. Also, know the latest news, reviews, and information about your other favorite car brands.

Currently, Ferrari is offering 5 new car models in the Philippines. The Ferrari 488 Spider, Ferrari 488 GTB, Ferrari 812 Superfast are the most popular cars from Ferrari in their respective car segments.

The Ferrari 488 is a mid-engine premium sports car celebrated worldwide due to its consistent and exceptional performance on the road and challenging race tracks. Since its release, this outstanding automobile received recognitions such as the “Supercar of the Year 2015” from Top Gear, Motor Trend’s “Best Driver’s Car in 2017” and “International Engine of the Year” from 2016 to 2018. Locally, it is offered in three powerful variants: the Ferrari 488 GTB, the Ferrari 488 Pista, and the Ferrari 488 Pista Spider. It comes in Nero Black, Nero Daytona, Rosso Dino, Grigio Silverstone, Gallo Modena, Blu Swaters, Rosso Mugello, ...

True to its name, the Ferrari 812 Superfast is the Italian company’s most agile offering to speed lovers all over the world. Aside from its powerful engine, its breathtaking exterior is carefully engineered and merged with aerodynamic details to level up its skills. Inside, its cabin is fitted with contemporary details guaranteed to provide comfort, luxury, and safety. The Ferrari 812 Superfast and the Ferrari GTS are locally available in the Philippines. It is offered in five exciting colors: Nero Black, Bianco Fuji, Rosso Corsa, Blu Pozzi, and Giallo Modena.

Adding to the established and impressive lineup of majestic sports cars of Ferrari is the Ferrari F8 Tributo 2020, named after the most powerful engine in the Italian company’s unmatched history. It features a superior and highly-detailed exterior crafted every inch with contemporary lines and curves to assist its supreme aerodynamic capability. Inside, it is furnished with premium highlights specifically designed to provide its lucky riders the utmost safety, comfort, and convenience. The Ferrari F8 Tributo is powered by a 3.9-liter eight-cylinder engine acclaimed from 2016 to 2018 as the “Best Engine” in the International Engine of the Year awards. ...

The Ferrari GTC4Lusso is a premium vehicle designed for speed-loving riders that drives a long distance. It’s interior is designed with a sporty elegance highlighted with gorgeous details that will make head turns. Stepping inside its posh cabin is a delightful experience as it is fitted with contemporary features that guarantee topnotch comfort and overall safety. Whether you are cruising in the city or exploring a mountainous track, expect full power from this acclaimed vehicle. Locally, the Ferrari GTC4Lusso and the Ferrari GTC4Lusso T is available in Nero Black, Rosso Corsa, Rosso Mugello, Giallo Modena, Nero Daytona, Blu Swaters, Blu ...

How long does it take for a Ferrari to be delivered?

Once the client pays 20 percent of the final price of the product as a booking amount, the engineers at the Ferrari factory in Italy start building it. It usually takes around three to seven months to deliver the car.

How many Ferraris are made each year?

Approximately 8,400 Ferraris are sold each year after being built in Maranello, Italy.

All Ferraris in the world continue to be produced exclusively on the Maranello campus, where every Ferrari is produced custom to order, and all installations are performed by hand.

Ferrari unveils the Purosangue, capping off years of speculation and finally confronting its rivals with its very own crossover contender.
Ferrari announced that it will unveil the Purosangue on September 13 as its first-ever SUV, or FUV (Ferrari Utility Vehicle).
Other Ferrari cars include a 1995 F50 with complete service records and a 2015 LaFerrari with only 230 kilometers on the odometer.
The Czech police claims that outfitting the Ferrari for police work costs less than buying a brand-new squad car.
Ferrari will reportedly open a new production line in Maranello which is expected to focus on manufacturing and developing electrified models. The automaker says this is the most powerful grand tourer in its stable. It is based on the Ferrari Roma GT. 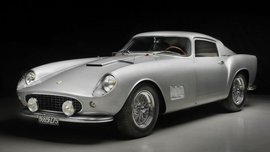 Vintage Ferrari car goes for over P300 million at auction We can’t imagine a better use for a seized sports car. 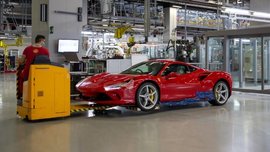 The Prancing Horse is gearing up for the EV era.