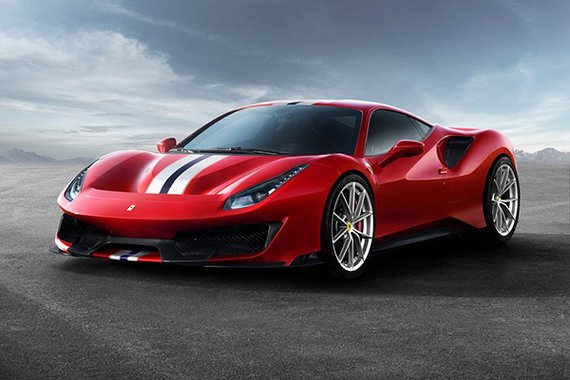 Body type
Coupe / Convertible
Transmission
AT (DCT)
Seats
2
Engine
3.9 L
Max Power
720 hp
Max Torque
770 Nm
The Ferrari 488 is a mid-engine premium sports car celebrated worldwide due to its consistent and exceptional performance on the road and challenging race tracks. Since its release, this outstanding automobile received recognitions such as the “Supercar of the Year 2015” from Top Gear, Motor Trend’s “Best Driver’s Car in 2017” and “International Engine of the Year” from 2016 to 2018. Locally, it is offered in three powerful variants: the Ferrari 488 GTB, the Ferrari 488 Pista, and the Ferrari 488 Pista Spider. It comes in Nero Black, Nero Daytona, Rosso Dino, Grigio Silverstone, Gallo Modena, Blu Swaters, Rosso Mugello, Rosso Corsa, Verde British, and Avoria.

In the Philippines, the Ferrari 488 made a debut in 2015 at the company’s local showroom at Bonifacio Global City.

The body of the Ferrari 488 is carefully engineered to increase downforce by 50% and lessen its aerodynamic drag. It is filled with efficient details such as a double front splitter that helps increase the cooling of the radiator. It also channels the air over the vortex generator under its body to stabilize the ground effect thus removing unwanted drag.
At the back, a flap or a rear spoiler adds downforce without the use of a raised wing.

Under the vehicle is a vortex generator that lessens air pressure and increases its downforce. Small design details such as the shark fin-style door handles are designed to increase airflow through funneling it to the wide intakes built on top of the rear wheels.

The cabin of the Ferrari 488 features a luxuriously sporty vibe that invites you for a memorable ride. Highlights include a multifunctional steering wheel, wrapped around seats, angled air vents, satellite controlled cluster, and control switch bridge. The Ferrari 488 Pista and the Ferrari 488 Pista Spider are fitted with lightweight materials inside such as carbon fiber and Alcantara leather to further enhance its legendary speed.

Standard on the Ferrari 488 is an infotainment system with satellite navigation, Bluetooth connectivity, and Apple CarPlay.
The Ferrari 433 is loaded with an extensive array of safety features such as the Ferrari Dynamic Enhancer,  anti-lock brakes, stability control, front and side-impact airbags, seatbelts, pretensioners, an advanced security system, crash sensors and more.

The Ferrari 488 is a longitudinal rear mid-engine, rear-wheel-drive vehicle offered in a two-door berlinetta and a two-door retractable hard-top convertible option.

It is fitted with a Macpherson Strut at the front and multi-link suspension at the rear.

All are paired with a dual-clutch, seven-speed F1 transmission.

The price of the Ferrari 488 in the Philippines is available upon request. Kindly click on the GET QUOTE button to ask for the latest price list from Ferrari dealers across the country.

*** Bookmark our Ferrari 488 price list page to get the latest quotation of 2021 Ferrari 488 in the Philippines. 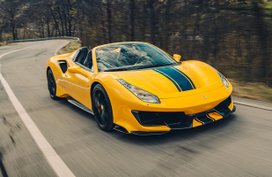 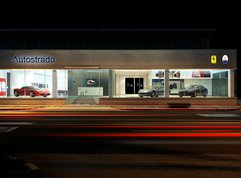