A Jaguar car in the Philippines is priced from ₱4,390,000. The least expensive is Jaguar XE Prestige ranging all the way up to the Jaguar F-Type SVR Coupe 5.0 AT which costs ₱15,590,000. In order to help car buyers understand fluctuations in the car price list in the Philippines, Philkotse.com provides an updated Jaguar Philippines price list as follows. With thousands of Jaguar for sale at the most affordable prices updated daily by certified owners and dealers on Philkotse.com, your next ride maybe just a few clicks away.

Jaguar started as a motorcycle sidecar manufacturer founded by Sir William Lyons and William Walmsley who were both motorcycle enthusiasts. The company used to be called the Swallow Sidecar Company established in 1922.

A decade later, Lyons and Walmsley ventured into creating their own passenger motor vehicles and sports sedans. The company was then renamed to SS Cars Ltd. from 1934 to 1935, keeping the Swallow Sidecar marque in abbreviated form.

The first-ever Jaguar was produced in 1935. It went down in history as the SS Jaguar which was powered by a 2.5-liter engine. The sedan rose to success before World War II. Recovering from the war, the company took steps into rebranding and settled on the name Jaguar, putting down the roots for the brand that we know of today.

In pursuit of global expansion and distribution, the British automotive brand went through mergers. The first one happened in the ’60s with the British Motor Corporation and the British Leyland which eventually dropped two decades later.

Following which was a takeover by Ford Motor Company in 1989. Jaguar went through a management overhaul under the American company. In 2008, Jaguar was bought by Tata Motors and they have been the luxury brand’s mother company until the present.

Success continued for the British brand under the management of Tata Motors. Jaguar has since developed into a worldwide luxury vehicle brand known to create some of the most beautiful cars in the world. The brand rose to fame through iconic nameplates such as the XK models and the E-Type.

After the company’s final proprietorship was settled, Jaguar Land Rover Automotive was born. It became the brand’s research and development company focused primarily on advancing engineering and technologies in Jaguar and Land Rover models. This is proving as a testament to the brand’s promise in producing some of the most valuable, safe, and elegant vehicles in the luxury segment.

In the Philippines, Jaguar vehicles are exclusively imported and distributed by Coventry Motors Corporation. All British Cars, Inc. is the sole accredited dealer under Coventry Motors.

2. Jaguar dealership in the Philippines

There is only one official showroom that serves both Jaguar and Land Rover clients in the Philippines, which is located along EDSA Greenhills, San Juan City. The showroom opened in March 2018, solidifying the brand’s presence and commitment to the Philippine automotive market.

The F-Pace is Jaguar’s performance SUV that features everything one would look for in a premium SUV-- sleek styling, a luxurious interior, and a high-performance powertrain. All of these characteristics were achieved through injecting the F-Type sports car’s DNA to the body of an SUV, seamlessly merging the British brand’s DNA of quality handling, performance, and aesthetics. Locally offered are four variants with three engine options, which are the Jaguar F-PACE Prestige 2.0 Diesel, Jaguar F-PACE R-Sport 2.0L Diesel, Jaguar F-PACE Prestige 2.0 Petrol, and the Jaguar F-PACE S 3.0 L Petrol. The All-Wheel Drive system comes as standard for ...

The Jaguar F-Type is a sports coupe designed with sleek architecture and premium trims, embodying the brand’s signature luxurious style. Built in comfort, the sports car comes with a fleet of innovations including a driver-oriented cockpit with touchscreen access to its entertainment system, its 3D navigation map, and its safety features. Completing the entire package is Jaguar’s trademark sharp handling, invigorating performance, and powerful drivetrain. Locally offered are two variants which are the Jaguar F-Type Coupe S and the Jaguar F-Type Coupe R that are powered by a 3.0-liter and a 5.0-liter gasoline engine, respectively. Both variants are paired with ...

The all-electric Jaguar I-Pace is the brand’s very first all-electric vehicle. Set to redefine the standards of EV’s, the premium crossover stands out among competitors in its segment through its aesthetics inspired by the Jaguar C-X75. Its intelligent power distribution and charging system advances the automotive industry towards groundbreaking design and innovation. Thus, Jaguar calls the I-Pace its smartest five-seater sports car. It allows pre-conditioning of the battery and cabin temperature using the infotainment system screen to ensure a smooth drive. Thanks to its 400-kilometer range and fast-charging capabilities, passengers won’t have to worry about losing power on the road. ...

Jaguar’s entry into the premium and competitive executive sports sedan segment, the XE has been engineered to be the most advanced, efficient, and refined sports saloon car the British brand has ever created. It aims to set a new standard among luxury sedans in the market as it exemplifies everything Jaguar is famous for. The XE comes packed with aesthetic enhancements, tech and safety innovations, and a powerful engine. Two variants are offered locally which are the Jaguar XE Prestige and the Jaguar XE R-Sport. Engine options come in either diesel or gasoline, both equipped with the latest Ingenium engineering. ...

The XF builds on the success of Jaguar's most award-winning car. It boasts of an unrivalled combination of style and substance evident through its premium aesthetics and unparalleled performance. The XF displays the perfect balance of style, comfort, and innovation. Designed with aerodynamics and engineered with Jaguar’s in-house technology, the luxury sedan is set to take executive vehicle driving to a new level. Locally offered are two variants which are the Prestige and R-Sport. The models have been in the market for over a decade, showing Jaguar’s timeless elegance and future-proof innovation. Powering the XF is a 2.0-liter gasoline engine ...

Who is Jaguar owned by?

Jaguar is a British luxury car brand which is owned by Tata Motors, one of the biggest automakers worldwide.

How often do I need to get my Jaguar serviced?

You can find this information in your handbook. Normally, Service should be carried out after an amount of time or a specified number of kilometers, whichever comes first.

What is the most popular Jaguar model?

The most popular Jaguar is the F-Pace. Its sales peak was in 2017 when a total of 76,350 units were sold worldwide.

Jaguar has revealed a special edition model of the Jaguar F-Type. This is the last version of the said model after a 75-year run.
Jaguar Philippines has brought in two new models. These are the F-Pace compact crossover, and the XF midsize luxury sedan, and both offer a lot in terms of luxury.
Jaguar Land Rover announced the ‘Reimagine’ strategy which aims to make all of its vehicles come with an all-electric powertrain by 2030.
All British Cars (ABC), the sole distributor of Jaguar Land Rover vehicles in the country, offers customers with Pre-Christmas deal until November 30.
Jaguar Philippines managed to sell all 2021 F-Type units a week after its introduction in the local automotive market. 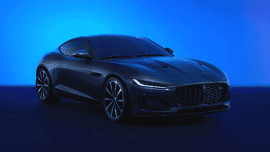 A celebration of internal combustion performance. 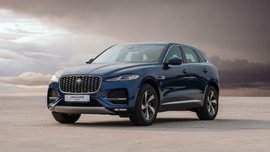 Both models are oozing with luxury and high-tech features. 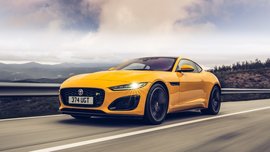 And becoming a net-zero carbon business by 2039. 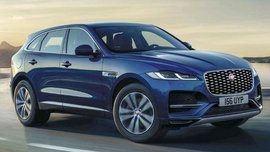 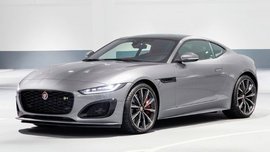 Jaguar Philippines: All units of 2021 F-Type has already been sold

It only took a week...or maybe even less.