If you wanna learn how to drift then you need to start with choosing the right car for drifting. Here come 8 suggestions from Philkotse.com

Drifting, over the years, has become far from obscure.

Technically it’s the star of its own anime in the form of Initial D. It’s also heavily featured in Hollywood, from Tokyo Drift to Baby Driver. As such, drifting has become THE skill to learn for a lot of budding car enthusiasts.

It’s hard to learn, but it sure is quite spectacular once you get the hang of it. This makes drifting a literal hoot to watchmaking the said racing discipline one of the most popular in motorsport.

But you know what’s trickier? Choosing the right drift car. That’s because not just any vehicle can be drifted or his harder to cajole into taking a corner sideways.

So, what constitutes a good drift car?

As such, there are several cars that in stock form, already come close to these requirements.

Note: Almost all of these cars were not officially released here.

There are several reasons as to why the on-sale Nissan Silvia or the S-Chassis, from the S13 to the S15, can make for great drift cars. Its unibody design keeps the car lightweight, and there is an abundance of both mechanical know-how and aftermarket parts even here in the Philippines to turn it into a drift missile. Also, the Silvia is one of the easiest cars to swap another engine into due to its WIDE engine bay. Also, the CA18DET and the SR20DET which the S13, the S14, and the S15 already made great power figures from the factory.

While heavy, the Nissan 350Z is a great drift car due to the healthy 287 horsepower and 371 Nm of torque its VQ35DE V6 engine can make.

The Nissan 350Z for sale like cars on this list has an abundance of aftermarket parts. The 350z is not as cheap or easy to find as the Silvias though and if you want it to go sideways a bit longer, then rear coil-overs should be a priority. 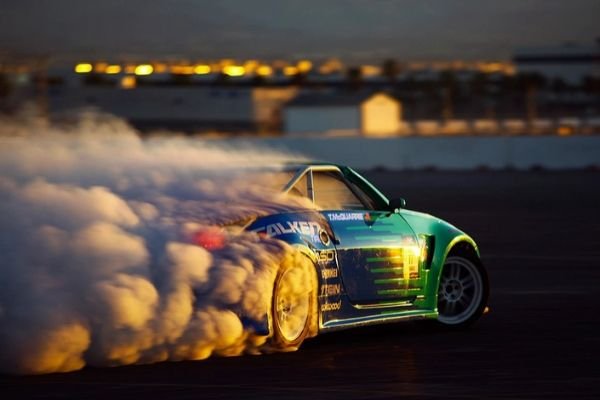 A Nissan 350Z ripping and smoking it up

Also, the stock differentials on the 350z can be a bit iffy so the second aftermarket goodie you should get is a limited-slip-differential.

3. Mazda RX-7 (FC to FD): One of the most popular cars for drifting

The RX-7, specifically the FD, has become one of the most popular drifting icons second only to the Toyota AE86. Why? It has an awesome suspension geometry and really great exterior aesthetics.

Note also that the 13B-REW twin-rotor with twin sequential turbos can easily be tuned to make beastly amounts of horsepower. The RX-7’s aftermarket support is after all, pretty good. And you’ll need it because all of those apex seals you’ll break while learning to drift. 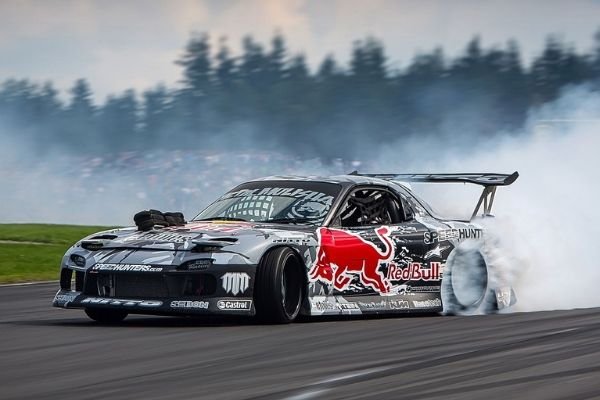 The awesome power of two angry Doritos spinning at 9,000 RPM

Note also that the 13B-REW by nature has a huge powerband which is of course, pretty great at drifting. It also makes for the incredible sight and sound of an RX-7 sliding sideways at 10,000 RPM.

Good luck finding a stock Mazda RX-7 here in the Philippines though.

While the rest of the cars in this list can be a bit hard to find here in the Philippines. Among the more common models here, by virtue of being the newest, is the Toyota 86.

Now the Toyota 86 was co-developed by Toyota and BMW to become a fun, lightweight driver’s car that won’t break the bank that much. And thus, the 86 became exactly that. It has excellent balance, a rear-wheel-drive, an available manual version, a Torsen limited-slip differential, and great after-market support. 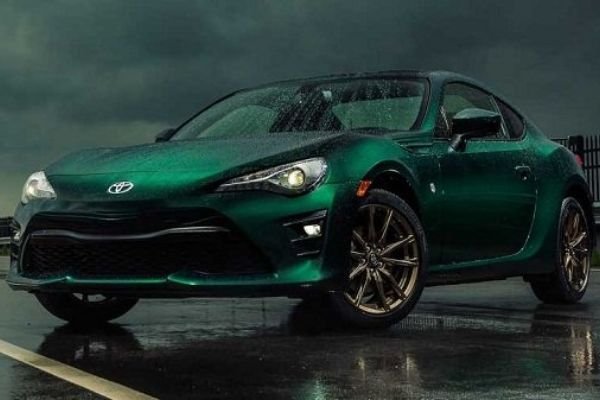 Here's the Toyota 86 in the special Hakone Edition colors

Downsides for the 86 its engine isn’t that powerful, but like its spiritual ancestor, the AE86, the 86 can definitely be tuned to make more power.

By being common here in the Philippines, its also the most likely cars in this list to become someone’s first dip into performance cars. Note though that even used examples of the 86 do not depreciate that much so prepare your wallet.

Avoid the automatic variant if you’re looking for a mountain pass carver.

If you’ve watched Initial D and if you’re currently immersed in JDM culture, then you’ll know by now that the 1984-1987 Toyota AE86, specifically the Sprinter Trueno GT Apex, is one of the most sought-after car models even until today.

The best part about it is that the Ae86 is essentially a fifth-generation Corolla. In the classic Toyota code, the A from the AE86 means that the engine is from the 4A series. That it’s a Toyota Corolla on the market belonging to the E80-series.

To break it down, the Ae86 has two main types which could be a coupe or a hatchback. First is the Trueno with retractable headlights, and the Levin, which has fixed headlights. Now the AE86’s 4AGE doesn’t make that much power but its frame weighs only 970 kilograms and the 4A-GE itself is pretty easy to tune. The said engine can also comfortably sit on 10,000 rpm and still make power.

In the 90s the AE86 became the street racer/street drifter’s weapon of choice. At that time, they were abundant, cheap, and of course, Keiichi Tsuchiya, the first of his name, the Lord of all Drifters, the king of the Tōge, himself used a Toyota AE86.

Note though that the Toyota AE86, like most of the cars here, has subject to the notorious “drift tax” as such, they’ll be very expensive to acquire. So yeah, good luck finding one.

The Toyota AE86 might have been the GREATEST TOYOTA ever made, if not for the next vehicle in this list; the Toyota Supra A80 which was built from 1993 to 2002. So nope, not the new one co-built with BMW.

Why is the Toyota Supra A80 good for drifting? Well essentially, it’s the best car for anything really. Why? That’s due to the 2JZ, straight-six engine. The greatest Toyota engine ever made. And if not for regulations and boring things like that, they could still be using it on present-day cars.

Why is it so great? Because from its relatively minuscule 3.0-liter, some tuners can tweak the 2JZ to make upwards of 1,000 horsepower thanks to its ability to withstand the immense pressure of equally ludicrous amounts of BOOOOOST.

For drifting specifically though, the Supra A80 still very much has a brilliant aftermarket support and a great wheelbase for going sideways. Note though that the A80 Supra is a big boy and will need some weight reduction. 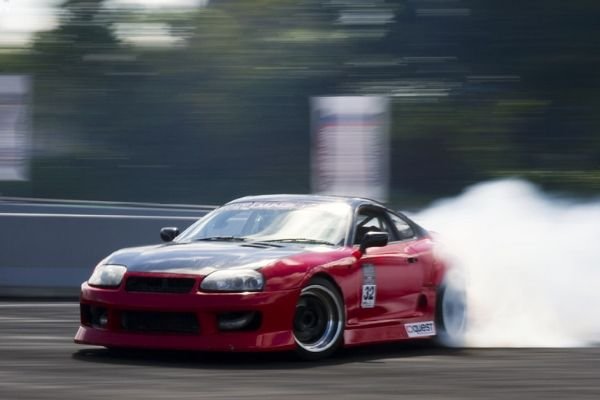 An A80 Toyota Supra mid-drift

>>> Read more: FAST 7! What is the best sport car brands in the world and why?

The Skyline name itself is already well known for beating out European supercars to dust at their home turf which is the Nürburgring. Remember however that the R33 and the R34 came with all-wheel-drive. And yes, while drifting an AWD car isn’t impossible, its also one of the hardest things to do related to driving. 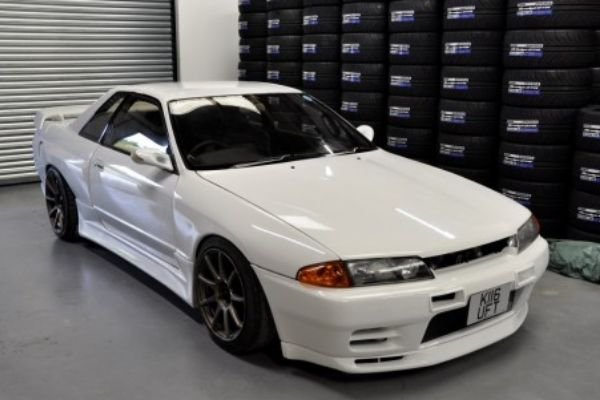 If for some reason, you still want to drift a Skyline, do it on an R32. Specifically, on the GTST. Why? Because this particular model is rear-wheel-drive only while still using the powerful and very tunable RB25. One weakness of this rear-wheel-drive “Godzilla” however is its REALLY hard to find here in the Philippines.

And no, turning a Skyline AWD version into an RWD isn’t worth it. Please don’t.

While most cars on this list are from Japanese brands, we included the BMW E36 to E46. These cars were rear-wheel-drive, its relatively easy to find the 5-speed or 6-speed versions here in the Philippines.

And lastly, while parts are a bit expensive, BMWs have a fairly decent aftermarket that can supply you with an LSD, a bucket type seat, coil-overs, and other good stuff that’ll help make more power. 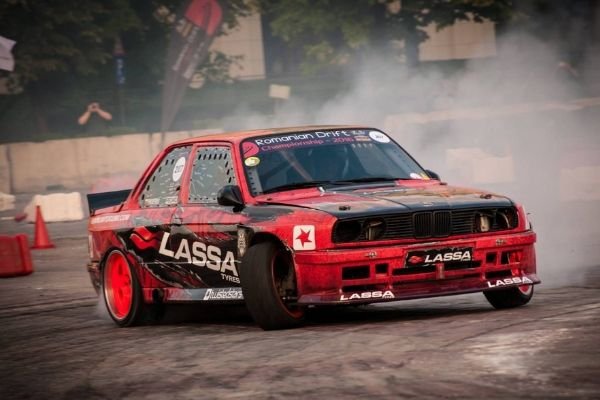 An E30 drift car which we think is obviously not road legal. Still awesome though

And surprisingly enough, BMWs do depreciate a lot here in the Philippines and the same is the case for the E36 and E46 from recent years.

If its an M3 however, then again, good luck finding an affordable example.

>>> For drifting fans: [Movie cars] 8 cars you might see in Fast and Furious series

Getting into drifting is no joke despite being the literal equivalent of “fun and games” in the world of driving. You need a good car, like the ones we’ve listed above. Note also that not all of these cars are for beginner drivers/car owners.

Apart from a car, you need aftermarket parts, you need a trailer because only crazy people drive their drift missiles on public roads or as a daily, and of course, you need a LOT of patience for learning mechanical stuff. This extends to learning how to drift in the first place especially here in the Philippines.

Also, drifting, even for experts can be rough on the car and scratches and other kinds of damage are inevitable. Also, it might be a good idea to be in good shape yourself (the driver) if you want to get serious.

If you’re already deep into drifting, then kudos to you for being one of the few people keeping up the popularity of drifting here in the Philippines. We salute you. If, however you still getting into the sport, then good luck!