Why Honda is stopping its production in the Philippines and in other countries?

Feb 29, 2020 | Same topic: Auto Industry: Latest Updates
The Philippines isn't the only country where Honda is shutting down its operations. Here is why you shouldn't be so surprised.

Honda seems to be the big buzz word on the news these days. With the reported closure of local production starting this year, many have put the blame on so many factors from the supposed lack of tax breaks being given to foreign investors, the local political climate and even environmental factors like natural disasters.

People seem to be putting the blame on everyone and their dogs, everyone except Honda that is. Honda is a few ways away from its 90s glory days

Honda on the local scene has experienced quite a dip in terms of sales volume and that’s not for the lack of trying. Their sales target for last year was 24,000 vehicles but at the end of the year, that number fell short by a whopping 3,662 units.

That is a huge dagger to the heart of Honda whose sales figures have fallen by 12.69% compared to the previous year’s sales.

Honda hasn’t been winning these days and with fierce competition from the usual suspects, they now have to contend with the incoming swarm of affordable yet value-packed Chinese made vehicles.

The sales slump cannot be blamed for Honda’s lack of effort as well. Their perennial volume vehicle the Honda City has remained as the brand’s best selling vehicle.

The Honda Civic has well-exceeded expectations and the same can be said for the new, diesel-powered Honda CR-V.

They have a roster of dynamic vehicles in almost every segment, each of which remains high on a car buyers list. All of which doesn’t seem enough to keep Honda’s relevancy from slowly fading. The diesel-powered Honda CR-V was a surprise hit

Surprisingly the Honda Brio, the brand’s most affordable model seems to has fallen short of its sales expectations. It didn’t become the Mirage-killer everyone was expecting it to be.

After a whirlwind launch early this year of the new model that had everyone talking, the delivery delays have also caused major problems with potential customers. This caused another blow in Honda’s sales target for last year.

We can blame the government for all we want with the announced pull out of Honda production in the Philippines but there are bigger forces at play. The Macroeconomic climate also cannot be blamed as well as the increased price in cars as statistics show that despite all this total brand new car sales increased by 3.34% to 410,187 new cars sold.

There are more powerful forces at play here and the finger should all be pointed at Honda. With a globalized structure, a local release of the Honda Ridgeline just might be a possibility

Last year, Philkotse.com reported that Honda was to centralize production and streamline its model offerings. This plan included eliminating localized models and produce more global cars that can be marketed across all regions.

In a speech given by Honda President and CO Takahiro Hachigo, he says that:

“We put special emphasis on the strengthening of our global models, which have been the source of Honda's core competence, and also the enhancement of our regional models.”

In layman’s speak that means exactly what I mentioned earlier. At the moment Honda has about 54 individual models in their global lineup and that doesn’t include their luxury brand spin-off Acura. Many of those models are region-specific, for example, you would not see the Honda City in the US market, the same way the Honda Ridgeline Pick-up truck isn’t available in ours. In addition to this fact, Takahiro-san states that:

“We will reduce the total number of variations at the trim and option level for our global models to one-third of what we have now. In addition, we will increase efficiency by eliminating and consolidating some similar regional models into even more competent models shared across multiple regions.”

In the press release, Honda gives special mention to five particular models in their global line-up; the Civic, Accord, CR-V the Jazz/Fit and the HR-V.

All these models make up less than 10% of their overall roster but add up to more than 60% of their sales volume. Their restructuring plan will pave the way for research on electric vehicles and also save production costs by consolidating the manufacturing hubs.

>>> Suggested for you: All sorts of Honda Philippines reviews 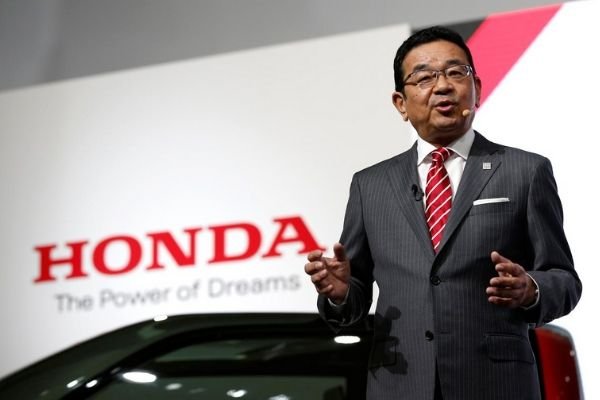 When I heard of the news regarding local manufacturing coming to a halt I was more surprised by the public uproar that ensued than the actual news.

Honda has actually been planning this all along and I bet manufacturing employees have been briefed of this situation as well. I guess the timing was a little off and everyone wanted to find someone to blame.

I guess this now begs the question, what does the future hold for Honda in the Philippines? Only time will tell if this new global strategy will work for the better. Maybe we should ask General Motors how they’re doing with their strategy?