Feb 03, 2020 | Same topic: Auto Industry: Latest Updates
Here are the spy shots of what could be, the 2020 facelift of the beloved Toyota Fortuner.

In another case of “praise the cameraman”, a Toyota Fortuner clad in a LOT of camouflage was spotted in Thailand several days ago. And if we go about what numerous automotive news outlets are saying, then this might as well be the Toyota Fortuner facelift a LOT of people are waiting for.

It’s about damn time too and that’s due to the fact that the current iteration of the beloved SUV (AN150/AN160) has been around since 2015 and 2016 for us here in the Philippines. Let’s face it, there’s nothing wrong with the SUV itself but it sure is getting old.

Here are the spy shots of the Toyota Fortuner 2020; Note the front bumper and the camouflaged wheels A shot of the camouflaged test unit's rear end

>>> Check out for the latest Toyota Fortuner price in the Philippines

If you stare at the picture long enough (like we did) we spotted some things that are different. First off, from the front, this new, facelifted Toyota Fortuner appears to have a more prominent chin (lower bumper) that juts out more and it might even have a new pair of daytime running headlights.

From the side, not much has changed, but as you can see from the spy shots, the wheels the test unit is riding on are camouflaged as well. As such, we can expect a set of redesigned wheels from the 2020 Fortuner facelift. 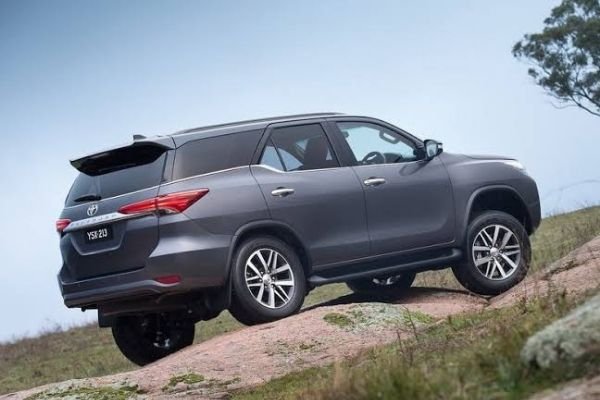 When it comes to the engine though, like Toyota, we believe in the age-old adage of “don’t fix things that aren’t broken”. As such, we can expect the same old engine and transmission choices. If not, then we’d be pleasantly surprised.

>>> Let's see how experts evaluate the car in our Toyota Fortuner 2020 Philippines review.

With Philippine International Motor Show 2020 coming in August, there might be a chance that this new 2020 Fortuner will make its appearance there as well. But then again, take all of these with a grain of salt, because there's a chance that we're way off base.