Here's a three-way spec-sheet comparison of the three hottest mid-size SUVs available in the Philippines today: Nissan Terra vs Fortuner vs Montero Sport.

Without a shadow of a doubt, Filipinos really love SUVs. Particularly, seven-seater, mid-size SUVs. And who can blame us? These vehicles are large enough to fit your entire family comfortably, whilst having the capability to tackle less than savory terrain which is unfortunately still common in the country.

But which is the better mid-size SUV? The hyper futuristic-looking Mitsubishi Montero Sport? The large and in-charge Nissan Terra? Or the sleek but macho Toyota Fortuner?

Let’s find out once and for all with this three-way spec sheet battle of Nissan Terra vs Fortuner vs Montero!

Before we proceed though, note that we’ll be comparing the top of the line variants for each model. This way we can keep this article simpler. Let's get started with Philkotse.com Which will rule the mid-size SUV segment?

In terms of size, the longest vehicle in terms of body length is the Nissan Terra, next comes the Toyota Fortuner for sale, then the Mitsubishi Montero Sport. Weirdly enough, the Terra has the tightest third-row seating among these three. The Fortuner’s third-row folds sideways and will hamper cargo space. Nissan Terra is brusque and muscular

When it comes to width, the Fortuner is the widest by far, the terra coming in second, and the narrowest is the Montero Sport. All vehicles though have decent elbow rooms.

As you can see from the table above, the Nissan Terra’s wheelbase is the longest and that’s reflected with its stability at high speeds. The Montero Sport, however, has been known for the longest time to have the best handling among mid-size sedans here in the country. Essentially, the Mitsubishi made SUV handles like a car. While still competent, the Fortuner has a bit of body roll going on. Or rather, it tends to squat and dip when accelerating or decelerating. The Toyota Fortuner is a more conservative yet elegant...

In terms of off-road capability, the Fortuner despite its short ground clearance can do the job. The same goes for the Terra. Both have 4x4 and both have locking differentials.

As of now, the Montero Sport’s latest version still doesn’t have a 4WD version. >>> Full-scale review of these three SUVs can be found at:

From the table above, these three SUVs are just as capable as each other when it comes to keeping their passengers comfortable. There are however some minor differences.

The GT Line of the Mitsubishi Montero Sport for sale doesn’t appear to have an AUX jack. While some say that’s an archaic feature, it is nonetheless still found aboard the Terra and Fortuner. Why? Well, it’s still the easiest, most hassle-free way to play your phone’s music. 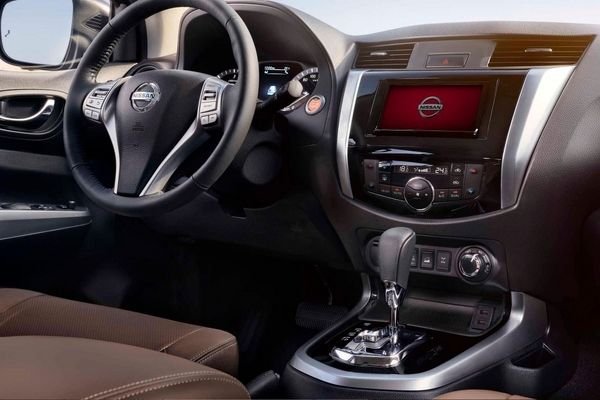 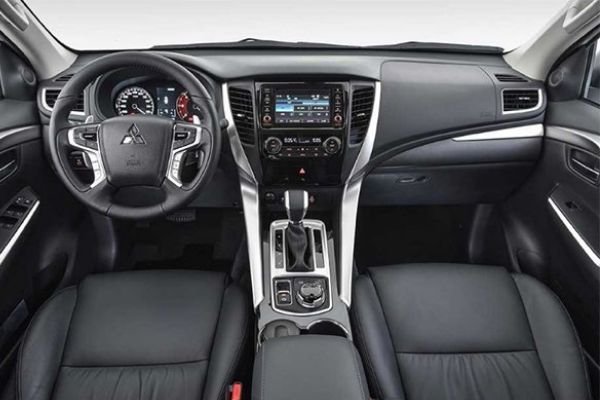 Like its exterior, the Montero Sport's interior has a lot of modern touches and features 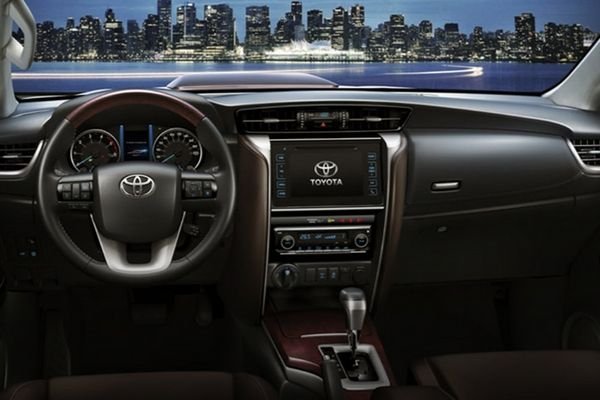 The Fortuner's interior like the other two is modern, comfortable, and well built

>>> Related: Which 2020 Nissan Terra should you buy? [Philkotse Guide]

4. Nissan Terra vs Fortuner vs Montero Sport: Engine and Performance

In terms of horsepower, the most powerful by far is the Nissan Terra for sale, next is the Montero Sport, and then the Fortuner. Note though that the Terra and the Fortuner make the same amount of torque which is 20 more than the Montero Sport. The rev range where peak torque comes into play is just the same with the Nissan and the Toyota at about 2000 RPM. The Mitsubishi’s comes at a later 2,500 RPM.

The Terra and the Fortuner notably has a fuel tank that can carry 12 liters more than the Montero Sport. This might be that they need it because activating 4WD uses more fuel but regardless, a larger fuel tank is definitely more useful on long road trips. Note however that the Montero Sport has longer legs in the form of an eight-speed automatic and that potentially means better fuel mileage on highway runs. 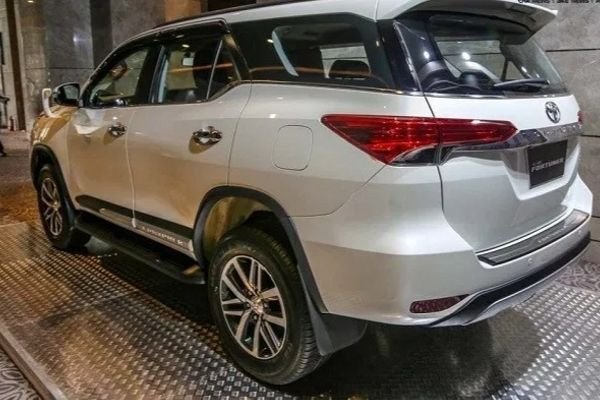 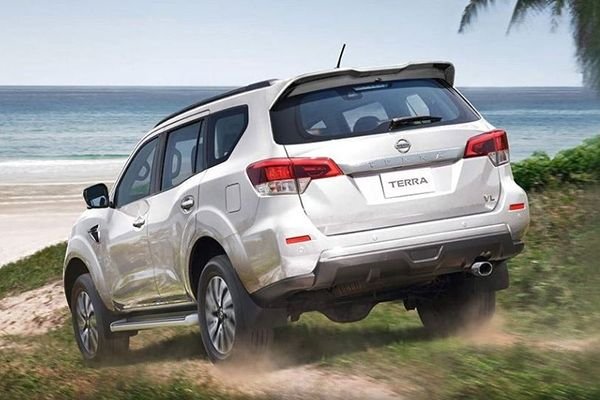 And the Terra's. Note that the Terra has the tightest third-row seats among the three

All three SUVs in this comparison come with their own proprietary driver-assist features. Toyota does have one more airbag for the knees.

All in all, these three vehicles have been highly rated for passenger safety by a lot of vehicle safety organizations. So, rest assured, all are very competent in keeping your loved ones safe in the event of an accident.

If you’re surprised that the Mitsubishi Montero’s top of the line GT has become the cheapest top of the line model, then remember that it doesn’t actually have a 4x4 version.

Note though that the Terra and especially the Toyota Fortuner has a better spread to accommodate a wider array of budgets. Both of them, however, have a more expensive base model compared to the Montero Sport.

Let’s look at it this way. Each of these three mid-sizes, seven-seater SUVs has each of their own strengths and weaknesses but all of them are good vehicles. The Fortuner has a decent interior but the way its third row folds to the sides which of course doesn’t maximize its trunk. It does have decent power though and the interior is comfortable. It does suffer however with its still present squat and dip and slight body roll when doing some quick driving maneuvers. In terms of looks, it’s the sleeker example present in the market today.

Then there’s the Terra which of course is notorious for its rather tight third-row seats. However, its horsepower rating is the highest among the SUVs for sale available in the market which is great if you’re after top speed. And with its long wheelbase, the Terra is expected to be stable. It’s relatively new as a model though, so if you’re looking to modify it, you might now get as much compatible aftermarket parts as the Fortuner and the Montero Sport. 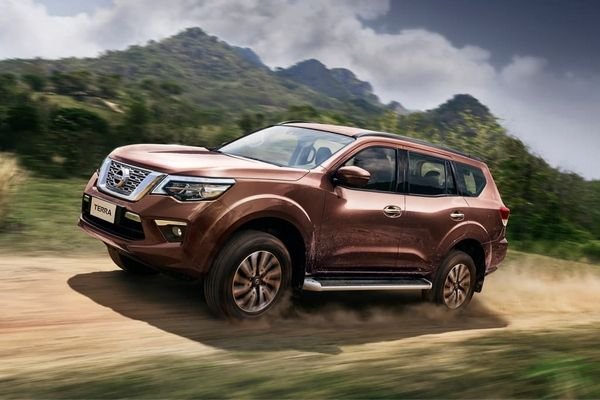 The Nissan Terra is the most powerful of the three

And lastly, the Montero Sport is a marvel of automotive design. It’s really modern looking and the interior is really roomy. Note however that Mitsubishi Philippines is yet to release a 4WD variant of the Montero Sport so for now, it’s actually a soft-roader. Well yeah, sure you can take it on unpaved roads but don’t expect it to pull itself out of the mud. 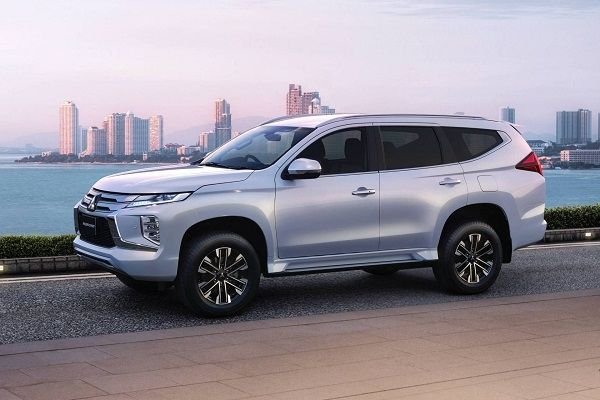 So, in the end, …it’s all up to you, the buyer. We hesitate to provide a clear winner in this three-way but from this article, we trust that you can identify what mid-size SUV is best for you.

For more comparison articles like this one keep reading here on Philkotse.com. 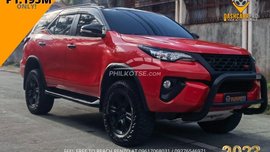