User's: 5.0/5
While the Mitsubishi Montero Sport 2020 Philippines release date isn't until next year, let's take a look at the Thai version's redesigned exterior look as well as its specs.

Known as the Pajero Sport or the Shogun Sport in other countries, the Mitsubishi Montero Sport has been around since 1996 and since its first-generation models, it closely followed the development cycle of the Mitsubishi Strada pickup truck which it is based on.

In recent times, the aforementioned SUV has gained a very significant foothold in the local mid-size SUV market where it competes against the likes of the Toyota Fortuner, the Nissan Terra, the Isuzu Mu-X and the Chevrolet Colorado.

For the Montero Sport’s third generation, it has been around for a good amount of time now and like many automotive sites have said, a significant mid-generation update would be highly appropriate and that’s exactly what Mitsubishi did with the Mitsubishi Montero Sport 2020. The Montero Sport 2020 has recently debuted in Thailand

While it already made its debut in Thailand, the all-new Montero Sport isn’t due until next year for the Philippines. But like most vehicles released in Thailand, their Philippine counterparts more or less have been introduced with the same specs.

So in anticipation for the all-new 2020 Mitsubishi Montero Sport’s release in the country, Philkotse.com will serve as a preview for what’s presumed to come with the SUV.

In short, the specifications on these articles will largely come from the Thai-spec Montero Sport and there will come the expert Mitsubishi Montero Sport 2020 Philippines review when the Philippine-spec one will finally be released.

While the currently available Montero Sport looks very edgy and hyper-modern, the upcoming 2020 Mitshubishi Montero Sport exterior takes it up quite a notch. Upfront, there’s Mitsubishi’s “Dynamic Shield” design which is really similar to those found on most modern Mitsubishi vehicles.

It features a front end which was made to protect your car and pedestrians whilst expressing the high performance of the vehicle. Also, there are the new LED headlights which look like the ones on the Xpander.  There’s also a lot more chrome on the front end and the fog lamps and the signal lights are now repositioned to a higher position straddling the entire “face” of the SUV. Significantly much more angular than before don't you think? Towards the sides, the Mitsubishi Montero Sport exterior at first glance remains the same but the completely new design for the 18-inch alloy wheels are quite noticeable. On the rear, one will immediately note the return of the “crying taillights” which was somewhat re-shaped to be more compact and it also has this new smoked out the surface. Also the reflectors are gone. Note the shortened "tail" of the "crying" taillights. Also, we dig the new design of the wheels

>>> Recommended comparos between the Montero and its competitors:

At first glance, some may say that the all-new 2020 Mitsubishi Montero Sport interior doesn’t look any different. Some more discerning folk however will immediately notice that the gauge cluster is now a very fancy and high-tech full-digital display which we bet has many useful tools and toys.

While that is a very welcome change, there’s also the new 8-inch touchscreen infotainment system, a new power outlet located at the rear console, and a new HVAC controls. Of course, we can be assured that the keyless entry, start stop button, and an electronic parking brake will also be available. It's still the comfortable, well-designed front cabin we all know and love plus some new features

Apart from those, many will also welcome the new power tailgate than can be remotely controlled by the Mitsubishi Remote Control app.

The app can also send notifications concerning locking and unlocking doors and other data to a driver’s phone whenever in-range of the vehicle’s Bluetooth. Now that is cool. Also, electronic tail-gate will be very useful for differently-abled people and older people as well. 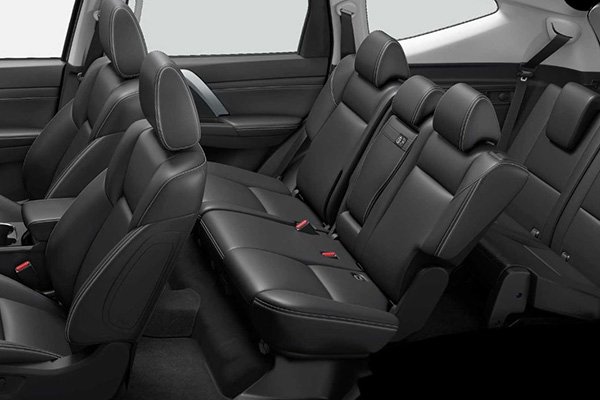 Still as luxurious as the previous version's seats.

Under the hood, the all-new Mitsubishi Montero Sport 2020 will still be powered by the same 2.4-liter turbo-diesel 4N15 MIVEC Inline-4. The said engine is rated to make up to 178 horsepower and 430 Nm of torque and as per the Thai release, an eight-speed automatic w/ sports mode will assuredly be available with the Philippine release.

As of yet though, there’s still no news about a manual version though we do hope that will be available. 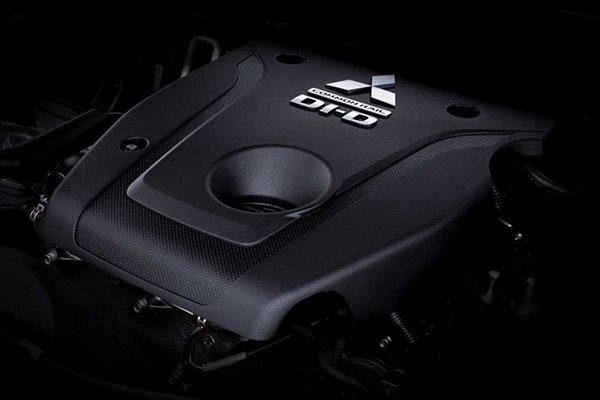 As for the 4WD system, the Mitsubishi Super Select will make its return as well as the system’s brilliant off-road mode selector and rear differential lock.

Now apart from the shiny new gadgets inside the 2020 Montero Sport, Mitsubishi has also improved driver-assist features. Coming in hot and new is the rear cross-traffic alert or RCTA which will warn a driver with a visual and auditory signal that there are obstructions to the vehicle’s rear path. This will be especially useful for parking in Metro Manila's and Cebu's really busy roads and parking lots.

Second is the new lane change assist and rear cross-traffic alert which again, like the tail-gate, will definitely be useful considering some of our countrymen's less than stellar driving characteristics.

As of now, here are the pricing details of the 2020 Montero Sport in Thailand converted to Philippines peso.

For the exact prices for the Philippine spec 2020 Montero Sport, we’ll just have to wait until next year when the said vehicle officially arrives on our shores or when an announcement from Mitsubishi Philippines pops up.

So if you’re a bit dismayed the high prices listed on the table above, those might not actually the accurate price and it might turn out to be lower. We hope. Regularly check our Mitsubishi Montero Sport Philippines price list to keep updated the latest pricing news. The new Montero Sport 2020 will be sold at the starting price around 2.2M peso

With the update of the Montero Sport, it appears that Mitsubishi has given the aforementioned mid-size SUV a better edge to compete in its highly contested market segment. It comes with a new, really eye-catching look, new and very useful gadgets as well as a really significant bump to its safety features.

So all in all, we here at Philkotse.com are really excited to meet the new Mitsubishi Montero Sport 2020 once it arrives on our shores. Are you excited for the 2020 Mitsubishi Montero Sport as well?