This list of 7 modern car features will help you to take advantage of your car the most. Keep reading to know about these helpful technologies.

Through the years, advancements in automotive technology have made significant improvements in terms of driving convenience, performance, and safety. Philkotse.com lists down the most common of these upgrades and how they are changing the way we drive our cars.

Where regular cruise control simply keeps the car at a preset speed until the driver manually intervenes, adaptive or intelligent cruise control speeds up or slows down automatically depending on the car’s position and distance from the vehicle in front.

Automakers have various methods of implementing this system. However, what’s common among them is the use of onboard cameras or radar sensors that continuously track the cars ahead, adjusting the speed accordingly. The system reduces fatigue since it affords an opportunity for the driver to rest especially during long drives. Some adaptive cruise control systems will even bring you to a full stop if needed. For best results, most drivers pair it with the lane keeping assist feature to give them a stress-free ride.

2. Parking sensors and back up cameras

Despite the presence of mirrors, drivers still turn their heads to see behind the car before parking, to make sure there is nothing or no one in their way. Soon, reverse parking sensors were developed, which gave off an audible warning if the car came too close to an obstacle such as a wall or another vehicle.

However, some objects could not easily be detected, such as metal posts. Reverse cameras soon became the preferred method for visual confirmation of a potential obstacle, mainly taking advantage of the in-dash touchscreen as a video monitor.

These devices make it easier to back up into a parking space, especially if it’s right next to a wall. They also help you avoid hitting a walking pedestrian or another car that happens to be passing by at the exact moment you are leaving your space.

More advanced systems on newer cars offer a 360-degree camera setup, providing drivers with greater visibility all around the car. >>> Also check: How to choose the best parking sensor kit in the Philippines.

Many modern cars feature an electronic key fob in place of the standard key. Aside from locking or unlocking the car for security, they can also start the car remotely, allowing the driver to prepare the cabin by turning on the air conditioning or the heater in advance.

These key fobs also come with proximity sensors which automatically unlock the doors as soon as they detect the arrival of the driver; this feature comes in handy if you have your hands full carrying bags, animals, or children.

When you’re already inside the car, another advanced function you might notice is the push-button start or keyless ignition, which is one of the biggest advancements in automotive technology. No more fumbling around for keys to insert into the ignition keyhole.

As long as the key fob is inside the cabin transmitting a signal, you can just press the engine start button even with the key inside your bag or purse.

Before in-car navigation that modern cars have today, drivers made use of standalone GPS units that first showed up in the 1990s. The technology was not as accurate then as it is now, with the devices often taking several seconds to respond to simple commands such as zoom out and zoom in. 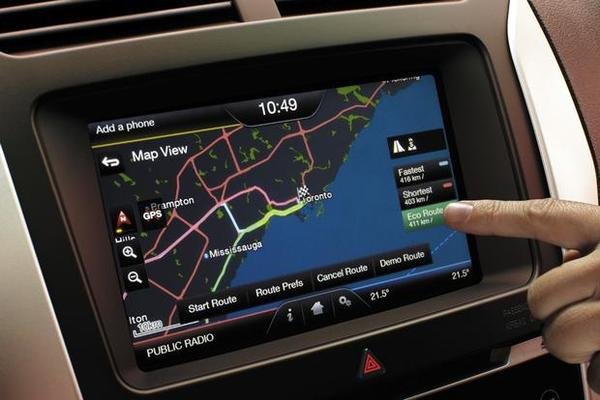 CDs for in-car entertainment have become largely obsolete, thanks to smartphone integration in most modern cars. Connecting your smartphone to your car used to be limited to just Bluetooth for music and calls, plus charging via a USB port.

Today, features like Android Auto and Apple CarPlay enable motorists to use the car’s in-dash touchscreen as a controller for their smartphones, enabling remote control of features such as music, communications, information, and navigation. 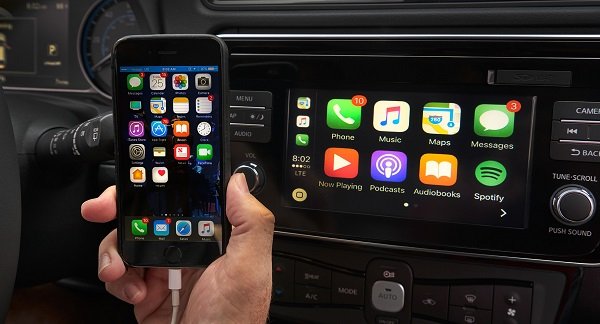 Automatic emergency braking utilizes the same sensors used in adaptive cruise control, assessing the likelihood of impact and stopping the car even without driver input. The system can detect when a pedestrian comes onto the car’s path or another vehicle in front that suddenly slams to a halt. 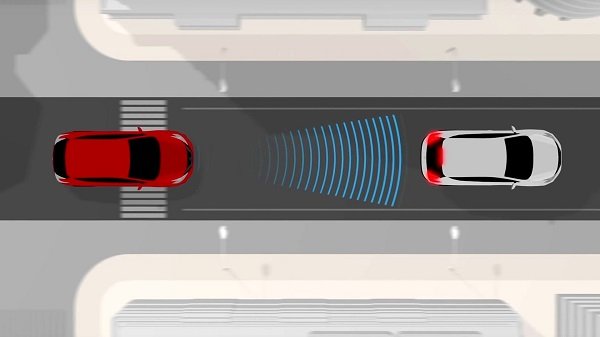 Automatic emergency braking has a quicker and more efficient response rate compared to human reflexes. Newer systems can measure the car’s distance by as much as two places ahead, which gives even greater latitude for a driver to act accordingly.

>>> Also related: 3 major scenarios and advice for the emergency brake.

Fatigue is a common part of driving, reducing driver alertness; this is usually demonstrated by the car’s tendency to drift into the adjacent lane, which potentially puts other vehicles at risk, especially on long highway cruises. Lane keeps assist addresses this by using cameras to monitor road markings, and when it detects that the vehicle is about to deviate from the lines, it sends an audible warning to the driver, either as a reminder to stay within the lane or exercise caution in shifting to the next lane.

Some systems even use vibration feedback on the steering wheel to better capture the driver’s attention and engage the brakes to reduce vehicle speed.