Toyota Innova & Mitsubishi Montero Sport: Which one do you prefer?

Updated Sep 15, 2020
Though the Toyota Innova and Mitsubishi Montero Sport are not in the same category, comparing these two vehicles is still a hotly-debated topic among car enthusiasts.
Comparing the Toyota Innova to the Mitsubishi Montero Sport might sound like we’re going to compare apples to oranges. However, it’s still a very hot topic which much being written about the relative strengths and weakness of the 2 above vehicles on social media.

The Mitsubishi Montero Sport Philippines is one of the top-selling vehicles in our market and continues to win the Filipinos’ hearts in mixing form and function. The mid-sized SUV is recognized by many car owners as a family vehicle and a reliable and solid machine on and off the road. 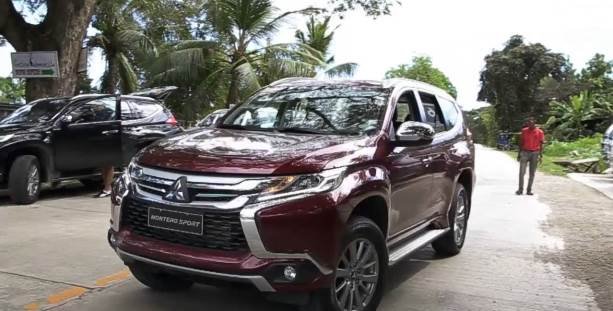 The Montero Sport is one of the top-selling vehicles in the Philippines and continues to win the Filipinos’ hearts in mixing form and function
Not only do these workhorses offer enough room to accommodate your whole family, but they also offer better maneuverability over more rugged terrain and awful weather and great wading capacity so essential for many intersections and roads that are prone to flooding during heavy rain events.

Yet, there are some who cannot accept the car for its quite not convenient interior room as they have specific experience with difficulty getting in and out of the Montero Sport. Many car addicts were starting to dismiss the car until its all-new model launched. Categorically, the Mitsubishi Montero Sport is best mid-sized SUV out there.

The Innova, however, have ample space, especially in the third row compared not just to other MPVs but its previous models as well.
2017 Mitsubishi Montero Sport GLS 2.4 8spd A/T FULL REVIEW

Safety measures of the Montero Sport definitely make you drive with greatest confidence. The SUV is tempered by excellent items that wrap passengers in a cocoon of safety.
The Innova, however, lacks many essential safety features. The car only provides 3 airbags and Anti-lock braking system. The Innova have ample space, especially in the third row compared not just to other MPVs but its previous models as well

If you plan on doing a lot of city driving, the Toyota Innova Philippines is the better choice that has plenty of flexible and good features that can help you maneuver and notify of approaching danger immediately.

For those who travel a lot out of the metro for work, escape to distant and exotic places, or go through three of four feet of water, the Montero Sport is the better choice.
2017 Toyota Innova 2.8 G Walkaround Exterior & Interior
>>> For your reference: