As time passes, more and more safety features are introduced in the market with different terms. The new features are integrated into vehicles not only to reduce the chances of vehicle collisions, but also to help relieve some of the efforts one should do while driving, hence reducing driver fatigue.

One of the safety features that can do just that is the Adaptive Cruise Control (ACC). Most high-end models are equipped with ACC in their system to improve overall safety. But throughout the years, even budget-friendly vehicles are now installed with this safety feature.

How does Adaptive Cruise Control work?

An Adaptive Cruise Control automatically moves the vehicle in a lane depending on the speed set by the driver. With this, a driver’s right foot can take some rest which is important especially when on a long trip. It also slows the vehicle down once the ACC detects that a possible collision may occur. Cars are getting safer throughout the years thanks to assistive technologies

As such, it works hand-in-hand with a camera that detects the images. A camera is not an ideal mechanism to measure distance so it must be complemented with either a radar or laser. Both of the said mechanisms are what help the Adaptive Cruise Control work to a point where drivers can be assured of safety use. 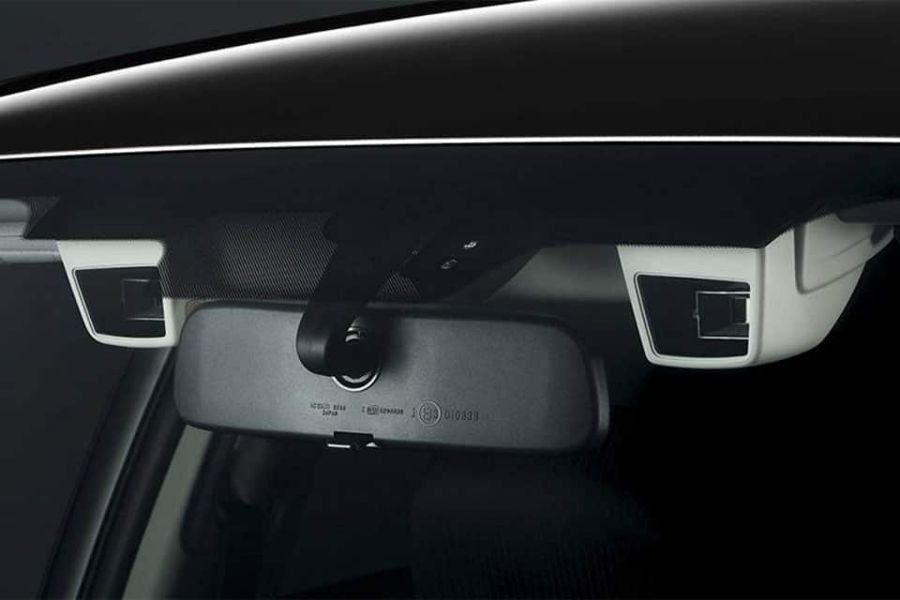 ACC uses cameras like this one in Subaru EyeSight technology

The ACC will usually provide warnings both visually and audibly in a situation where a collision may occur. If the driver still won’t override the system after a series of warnings, then the ACC will automatically hit the brakes hard. But take note that the ACC can still hit the brakes hard without a warning depending on the road situation. Thanks to the advancement of ACCs, even those vehicles that are switching lanes will be detected by the system. The preferred speed by the driver in the settings will be regained once the ACC detects that there are no more possible dangers on the road.

Driving may seem like a cakewalk task usually said by first-time drivers. But studies suggest that driving is exhausting due to various reasons such as getting the feel of sleepiness especially on long drives.

But thanks to Adaptive Cruise Control, you have an assistant that helps reduce your driving fatigue. The system will automatically move the vehicle depending on the set speed so you can rest your foot. Just don’t forget to stay focused on the road so you can override the system once you step on the pedals.

There are just days when the things that are happening around us don’t sink in our minds. This is usually caused by stress, lack of sleep, or fatigue. As such, it is ideal that we have something that has an alert mind while driving which can be addressed by an Adaptive Cruise Control.

Not only will ACC reduce driver fatigue, but it can also make your drives safer. Manufacturers of this type of feature have worked countless hours and have undergone several tests before it can be approved by safety regulators to be used in production vehicles.

Adaptive Cruise Control generally controls the amount of fuel entering the cylinders for combustion as compared to using your feet. There could be subtle fluctuations in Revolution per minute (RPM) if you are not using an ACC which can affect fuel economy in the long run.

So if you want safer, more fuel-efficient, and more comfortable driving, then you can utilize your car’s ACC. Again, be sure to keep an eye on the road as there could be unusual scenarios that the system might not detect instantaneously which can result in an accident. If your vehicle’s Adaptive Cruise Control is helping you in driving, then chances are you will leave it to the system. ACCs are not equipped to be an alternative way to drive you from point A to B. Instead, this type of safety feature is used only to assist you to reduce the chances of a vehicle collision.

The longer you continue using ACC the wrong way, the more you will be dependent on the system. It will also cause complacency which is one of the top causes of tragedies in all fields. As such, we still recommend that you concentrate on the surroundings of your vehicle for a safer drive.

Since Adaptive Cruise Control uses a camera and radar, bad weather such as heavy rain or fog will alter the way the mechanisms receive information. Once the wrong information is transmitted, it could cause some serious trouble especially if you have set your speed too high.

In the upcoming updates, manufacturers may be able to achieve a high level of autonomous driving where zero road fatalities can be attained. But as for now, it is better that you don’t depend too much on your ACC regardless of how reliable the system is.

Unlike Adaptive Cruise Control, a standard Cruise Control doesn’t use a camera or a radar to read the surroundings of your car. When using Cruise Control, you will be toggling with different modes depending on the road situation, and overriding the system is more frequent than using ACC. The first cruise control was invented way back in 1948

Most new production vehicles come with cruise control as standard. This can help car owners become safer on the road and help them reduce driving fatigue. One can expect that in the future, ACC might be a standard feature among production vehicles as well considering the unrelenting advancement in automotive technologies.