Oil is one of the most important materials in activating your car. That's why it's time to unlock the mystery about how the oil life monitor system works!

A car has lots of systems that work harmoniously altogether to provide a perfect driving experience for the driver. Aside from that, it also helps and guides the car owner if the car needs any maintenance check-up or servicing.

One example is the oil life monitor system. To dig deeper about this system, read on this article from Philkotse.com.

1. What is the oil life monitor system?

The OLM (oil life monitoring) will give recommendations based on different engine computer data. The time, distance, engine temperature, ambient, trip duration, number of stops and starts as well as the calculated engine loads are taken into account. 2. A short history of the OLM system

The OLM system is already present for several decades. In the late 1980s, the oil life monitoring system was launched in General Motors cars. According to Matt Snider, the project engineer in GM’s Fuels and Lubricants Group, the OLM system has been phased in slowly. He also said that they are very confident about the system's accuracy.

For GM cars, the advised average for the OLM system is 8,500 miles. He added that the longest interval of oil change Snider was personally aware of was 17,000 miles from the car of his colleague. In the year 2010, 14 out of 35 car manufacturers are already using the oil life monitoring system. In the late 1980s, the oil life monitoring system was launched in General Motors cars

The best thing about the OLM systems is the fact that it frees car owners and drivers from the confusing exercise of putting themselves in severe or normal driving schedules which are listed in the owner’s manual of the vehicle.

Various car makers have different descriptions of a severe condition. However, some severe conditions that are frequently cited are operating the car in stop-and-go traffic, excessive idling, towing and driving in mountains. There are lots of cases wherein dealerships and quick-oil-change service departments recommend drivers to do constant oil changes because they claim that almost all drivers fall in the severe condition category.

Oil life monitoring system is very helpful because it puts an end to the debate of whether a driver is driving in a normal or severe condition. OLM system does it by reacting on how you drive.

4. Should it be trusted?

This system is very advanced than the universal 3000-mile oil change from years ago. However, there have been concerns raised by the service providers the first time it was introduced. Some concerns are about its accuracy since the protection of the engine is at stake.

Longer oil change intervals might affect the operations of the engine and might cause maintenance problems. Because of this concern, some car owners and drivers are having trouble determining the right time for their car’s oil change. 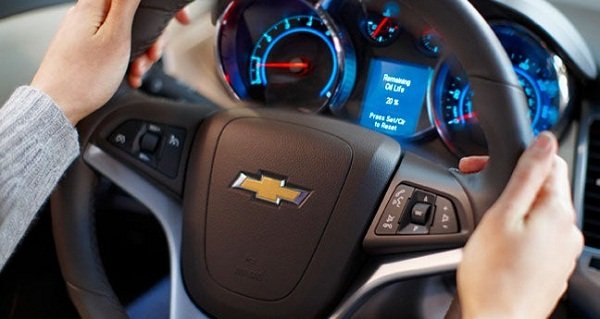 Oil life monitoring systems, no matter how advanced, also have gaps in technology

In addition, oil life monitoring systems, no matter how advanced, also have gaps in technology. There are things that OLM don’t track such as the following:

Oil level – OLM does not keep track of the oil levels in your engine. But, before or if you run out of oil completely, normally the oil pressure light will illuminate. It is an indication that there might be problems with your engine oil. You should check it immediately before the engine fails. Usually, car makers recommend that rivers should check their engine oil every time they gas up.

Quality of oil – oil life monitoring systems don't have the ability to identify and measure the quality of the oil. OLM cannot distinguish if the oil is synthetic motor oil or vegetable oil (don't try it at home). Which is why most of the time, the system triggers even if there are still miles in the engine oil and it still doesn’t need changing.

Oil analysis – this monitor can’t tell you if there are wear of metals present in the engine oil. The only thing to identify if there are metal wears or other substance in doing car engine oil analysis. It is highly recommended because it can provide insights into different aspects of your car.

5. How does oil life monitoring work?

Oil life monitoring sensor doesn’t really have an actual oil sensor. It’s the computer which continuously monitors the condition of the car when the engine is operating to determine the right time to change the engine oil.

Simply put, the oil monitoring system will adjust the intervals of oil change automatically basing on the characteristics of the engine, driving habits as well as the climate in which the car is operated. The oil life monitor functions automatically. However, automakers recommend that it is still best to consult and refer to the owner’s manual for any descriptions of a specific oil change message, as well as the instructions on how to reset the settings. 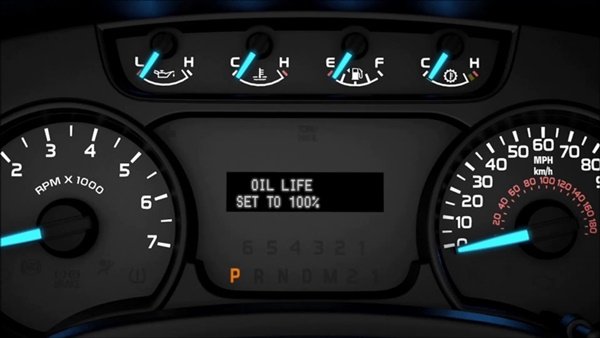 There are systems that display the oil life percentage left

Generally, the OLM systems are designed to be understood and used easily. There are systems that display the oil life percentage left, in order for the driver to schedule a visit to your mechanic. Other systems will display negative numbers to indicate how overdue the oil is.

7. How to reset the OLM system? If the car was already driven for bigger than 500 miles after an engine oil change and without the OLM being reset, the interval of oil change should have set back to 3,000 miles. The normal use can be continued once the system is reset and the oil has been changed.