Nov 13, 2019 | Same topic: Auto Industry: Latest Updates
Check out this Ford Ranger Lariat FX4 displayed at the 2019 SEMA Show. They managed to make it look and perform like the Ranger Raptor.

1. The Americans didn't get the Ranger Raptor, so they try and build their own

While truck fans in the Philippines and other markets in the world have been enjoying the Ford Ranger for a while now, Americans are only beginning to see what the hype is about, having only gotten the truck back in 2018 for the 2019 model year. This is particularly ironic because the Ranger traces its origins to several trim levels in the Ford F-Series truck and the Ford Bronco. A truck bearing the Ranger nameplat had replaced the Ford Courier back in 1983.

At present, the US-market Ranger is a comfortable yet powerful and very practical vehicle. But the caveat here is that Yanks will not likely be getting the brilliant Ford Ranger Raptor, as they already have the Ford F-150 Raptor, and the Ranger’s North American fans are not happy as a result. 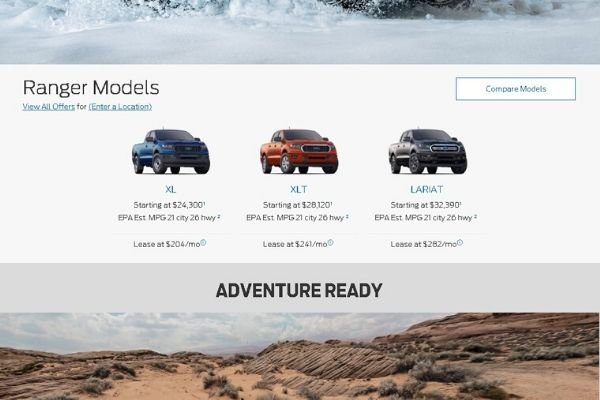 The USDM Ford Ranger only has three variants to choose from

Although Americans are generally all about size, there are some who are hankering for a smaller and nimbler Ranger. PaxPower, a Texas-based truck tuner, has decided to take matters into their own hands by building their own version of the Ranger Raptor.

The finished product has gone on display at the 2019 SEMA Show. Take a look for yourself: 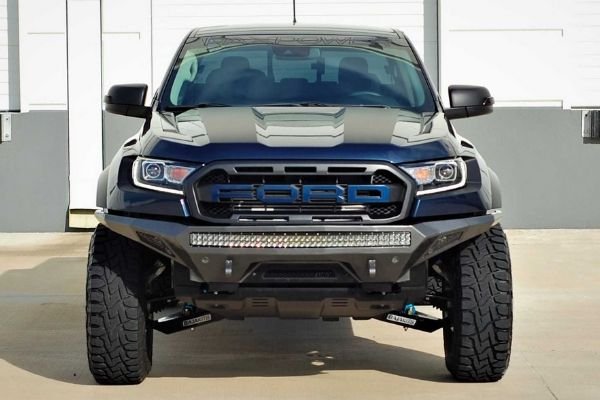 From the front, they turned a stock Ford Ranger Lariat into a wider and beefier machine

In order to build their version of the Ranger Raptor, PaxPower started out with a Ranger Lariat FX4 variant. They then ordered a couple of Ranger Raptor body panels, presumably from Thailand.

Next, they bolted on a pair of massive aftermarket bumpers while modifying the underchassis, but PaxPower didn’t use any OEM Raptor parts; instead, they sourced a custom suspension setup from Baja Kits, which included 2.5-inch racing shocks and very hefty-looking control arms.

Finally, they tweaked the Ranger’s 2.3-liter turbocharged inline-four to make around 350 horsepower, significantly higher than the 210 horses on the Asian-spec Ranger Raptor; the US version can actually outperform the stock Raptor on and off-road, so the Americans have done a pretty good job.

>>> Check out for the Ford Ranger Raptor 2020 Philippines Review. 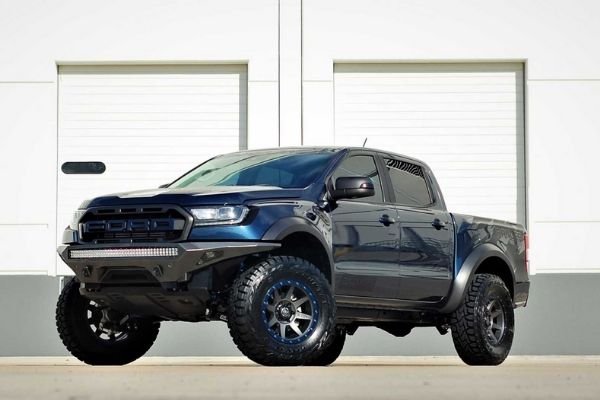 They also have the Lariat Raptor clone, a very tough and capable-looking machine wearing all-terrain tires

If you’re wondering about the cost, this build didn’t come cheap; in fact, PaxPower's bill totaled at around $65,000. That’s nearly the price of a brand-new F-150 Raptor. Ooof! It just further drives home the point that we're most fortunate to have the Ranger Raptor in our market. 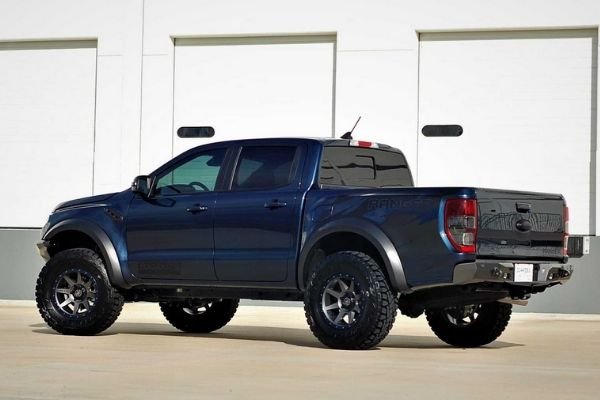 Americans are limited to one-offs, whereas the Ranger Raptor is readily available in our market