Fancy some manual SUV base variants? Here’s a head-to-head match between the best-sellers.

1. Toyota Fortuner vs Nissan Terra: Battle of the entry-levels

Despite that however, many car buyers have adjusted to the new pricing, and SUVs to this very day, are some of the most common cars to see on the road.

One consequence of this however is that more and more people are limited to buying base variants. These are cheap, but nonetheless are still representative of their respective marque’s build quality.

Now two of the most popular SUVs in the Philippines right now are the Toyota Fortuner and the Nissan Terra. As such, you might be reading this because one out of the two might be your next vehicle. So how do their base variants compare against each other? Let’s find out. Which base variant has the better specs?

From the get-go, the Nissan Terra is obviously larger than the Toyota SUV as it measures 4,885mm long, and 1,865mm wide.

Compare that to the Fortuner’s shorter 4,795mm length and narrower 1,855mm width. In terms of height, however, both the Terra and the Fortuner are both 1,835mm high.

Note however that despite the uniform height, the Terra has significantly more ground clearance at 225mm, while the Fortuner has 193mm.

And lastly, the Nissan made SUV has a longer wheelbase at 2,850mm, while the Fortuner is shorter at 2,745mm. From the exterior design of the Terra alone, you can sense its power

When it comes to exterior styling, both the Fortuner and the Terra are definite representatives of their respective platforms. The Toyota Fortuner has some similarities with the Toyota Hilux pickup truck, and the Nissan Terra shares some design cues with the Nissan Navara.

If you’re asking about road presence however, both of these SUVs are sizable vehicles so you’ll definitely see them coming at you on the road. If you’re asking which looks better? We’ll leave that choice up to you. The Fortuner is still a macho vehicle. But it's design is subtler than the Terra's

Note that the Nissan Terra comes with a pair of LED headlights, while the Fortuner’s base model has a pair of more basic halogen headlamps.

But when it comes to exterior power features however, the Fortuner has power-adjustable side mirrors with a power-folding function, whereas the Terra only has the power-adjustable function.

Like with their exteriors, both the Fortuner’s and Terra’s interiors are similar to their respective pickup truck counterparts. Regardless of that, both have well-arranged, well-equipped, and comfortable interiors that are ideal for you and your family.

In terms of differences in features, the Nissan Terra 2.5 4x2 EL MT’s 6.75-inch capacitive screen, at a glance, is similar to the 6.5-inch capacitive touchscreen found on the Fortuner 2.4 G 4x2 MT.

Both come with a CD player, a radio tuner, an aux jack, Bluetooth, iPod connectivity, and a USB port. They even have the same six-speaker setup.

Note though that the 2020 Nissan Terra doesn’t have navigation, and only has Phonelink Connectivity. Whereas the touchscreen installed on the base variant of the Fortuner comes with Apple CarPlay, Android Auto, and offline navigation. 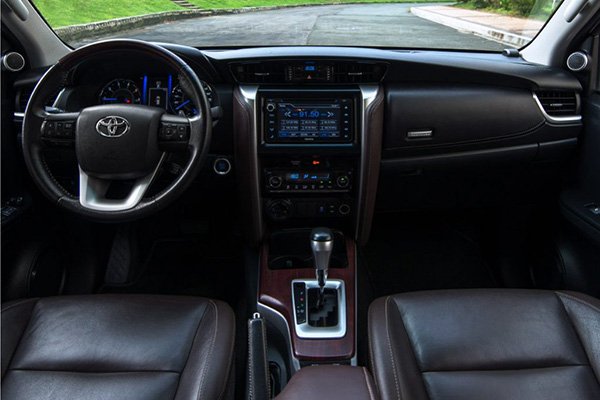 In terms of seating, both the base variants of the Fortuner and the Terra are three-rowed seven-seaters. Both also come with 60/40 split type 2nd-row seats with a 1-touch tumble button, and both of their third rows are a 50:50 split-fold type.

All the seats for the base model Fortuner and Terra are clad in Fabric, and both SUVs have a decent amount of cup holders and storage cubby holes spread all-throughout their interiors. 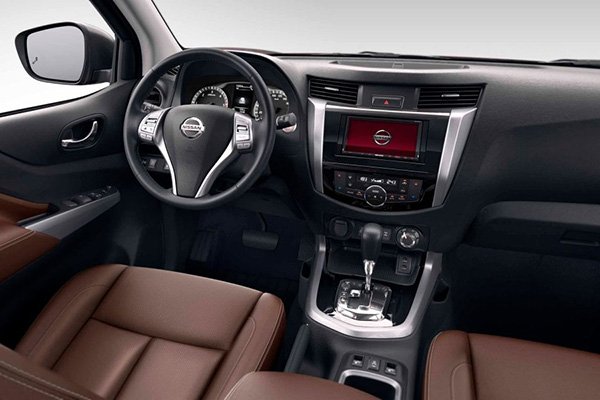 Likewise, the insides of the Terra reminiscent of the NIssan Navara

When it comes to putting down power, the Nissan Terra’s larger 2.5 liter YD25 DDTi turbodiesel simply makes more power. The said diesel engine can produce up to 187 horsepower at 3,600 rpm, and 450 Nm of torque at 2,000rpm. 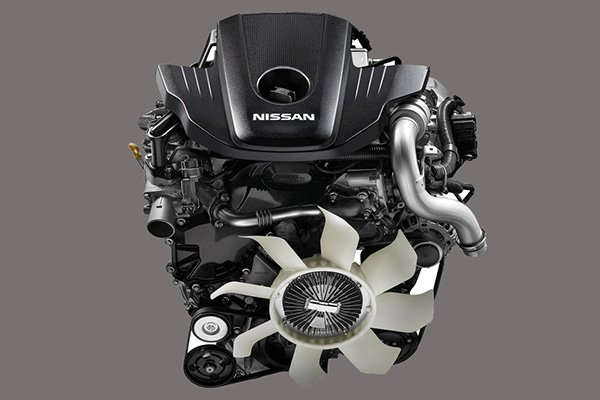 Both the Fortuner 2.4 G Diesel 4x2 and the Nissan Terra 2.5 4x2 EL are the sole manual variants from their model’s variant lineup. Both of these base variants have a six-speed manual, are rear-wheel-drive, and both come with a 4x2 drivetrain. The Fortuner definitely makes less power, but it already established itself as a very reliable engine

While the Terra makes more power, the Fortuner has better braking capabilities with ventilated disc brakes all around. The Terra, in comparison, comes standard with a ventilated disc for the front, and a simpler drum brake for the rear.

Both SUVs however do come with anti-lock braking with electronic brakeforce distribution, a high mount stop lamp, an engine immobilizer with alarm, and child proof locks.

For parking, the base model of the Terra has a 4-eye rear parking sensor, but it doesn’t have the Fortuner’s back camera.

>>> Refer to Toyota Fortuner car price in the Philippines

>>> Check out Nissan Terra price list in the Philippines

To make it simple, here are the reasons as to why you should get one base variant over the other. If you care about a better infotainment system, a better aircon system, and better brakes, then go for the Toyota Fortuner 2.4 G Diesel 4x2 MT.

Note also that Toyota has a larger dealership network so aftermarket services are easier to access. And lastly, the Fortuner has also been around far longer than the Terra so it’s evident that its aftermarket scene is much more established. So, do you prefer the Toyota Fortuner entry level variant?

If you want a larger SUV with more airbags, more power, and is slightly cheaper, then we suggest going for the Nissan Terra 2.5 4x2 EL MT.

Also, despite having less dealerships spread around the Philippines, Nissan’s after sales services are also noteworthy, so no issues there. ...or the entry level Nissan Terra?

Note that both SUVs are favored due to the fact that they’re the only variants in their respective lineups that come with a manual transmission. So if you really like to row gears, then either SUV is a good purchase. 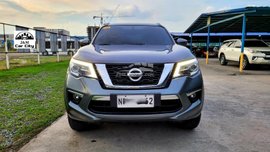