Dec 06, 2019 | Same topic: Best advice for car buyers
A complete list of the available Nissan SUVs in the Philippines. This includes the prices of their variants as well as a short review of each model.

We have listed the SUV model lineup from major brands before, but for this article, we’ll be focusing on SUVs from Nissan.

Ever since their first sport utility vehicle, the mid-sized Nissan Pathfinder, the company has produced excellent vehicles that have captured the attention of the Filipino SUV buyer.

In recent times, Nissan Philippines currently has three SUVs in its line-up; the Nissan Patrol Royale, the largest of the bunch. The Nissan Terra mid-size SUV, and the Nissan X-Trail compact crossover SUV.

While the Nissan Terra isn’t the largest SUV in Nissan PH’s lineup, it is one of the more popular mid-size SUVs in the country right now to the point that it is one of the company’s best sellers. That’s on top of being released more recently that most of its current competitors; the Toyota Fortuner, the Isuzu Mu-X, and the Mitsubishi Montero Sport. 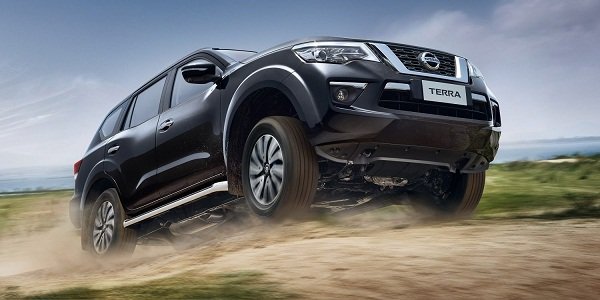 The Nissan Terra like most of its currently available mid-size competitors is based on a pick-up truck. Specifically, the D23 Nissan Navara pick-up truck. As such, it has a body on frame construction thus making it capable of dealing with harsh terrain right out of the dealership.

Of course, if you’re intending to take a Nissan Terra off-road on the regular, we highly suggest getting the top of the line Nissan Terra 2.5 4x4 BL AT.

Despite being based on the Navara pick-up truck, the Nissan Terra stands apart from the former by having a distinct interior and exterior. The dashboard aboard the Terra especially stands out with its silver accents surrounding the touchscreen and the aircon controls. The interior of the Nissan Terra is a comfortable space to be in. But the third row needs a bit of improvement

Like most mid-size SUVs, the Nissan Terra can comfortably seat seven people and the third row can be folded for added cargo space. Passengers are kept comfortable buy a number of amenities like a seven-inch infotainment system, dual-zone AC, and a lot of cup holders and storage.

For safety, the latest Nissan has the Nissan Intelligent Mobility Suite, a collection of active driver-assist features that’ll certainly make even the most airheaded driver safe. Also, the top of the line variant gets a lot of the normal safety stuff like ABS with EBD, stability control, parking cameras, and six airbags.

>>> Check out our Nissan Terra Philippines full-scale review to learn more about this SUV.

Under the hood, the Nissan Terra has a 2.5-liter diesel mated to a 7-speed automatic or a 6-speed manual. A 4x2 version is available as well as a 4x4 version.  As for the engine itself, it can make around 188 horsepower and 450 Nm of torque, a figure which at the time of Terra’s initial release was one of the more powerful in its category in the Philippine auto market.

The only gripes that we have with the Nissan Terra are its rather inadequate leg-room for the third row and the lack of a more affordable 4x4 variant. Being a full-size body-on-frame SUV, the Nissan Patrol Royale, like the Nissan Terra, can also deal with harsh terrain. But due to its more powerful engine and its tried and tested chassis, it can do so to a greater degree. There’s a reason as to why this particular Nissan is popular in places in the Middle East where the terrain is dry, rocky, or sandy. Mostly sandy.

Speaking of engines, the Patrol Royale is powered by the incredible 5.6-liter gasoline VQ40DE V8 which can make up to 400 horsepower and a peak torque of 560 Nm. With that kind of output, towing is also no problem.

For off-roading duties, the Patrol Royale comes with a 4L,4H Auto with a variable mode select 4x4, an independent double-wishbone suspension with hydraulic body motion control, and many others.

Inside, the Patrol Royale has a premium interior that’s as roomy and as comfortable as its competitors. It can fit in eight people and is equipped with a number of brilliant convenience features like an 8-inch LCD linked to a premium 13-speaker system, a seven-inch display monitor, cruise control, electronically adjustable seats, and many other features. 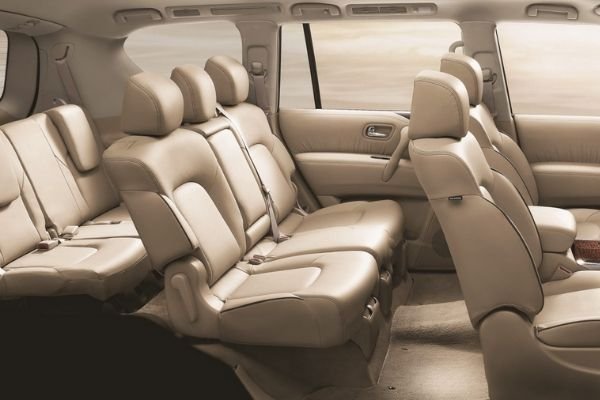 Spacious and luxurious. What more could you ask for from an SUV?

For safety, the Nissan Patrol Royale is no slouch. It comes with the Nissan Intelligent Mobility safety suite specifically the Intelligent Around View Monitoring (AVM) with moving object detection, sonar, and parking guide.

>>> Worth to note: SUV prices in the Philippines from 14 most popular brands

The Nissan X-Trail is one of the oldest Nissan made crossover SUV platforms still available today. It was released way back in the year 2000 at the same time with a lot of other crossovers like the Mazda Tribute, Ford Escape, and many others.

At the time of its release, the X-Trail was positioned in-between the Nissan X-terra compact SUV and the larger Nissan Pathfinder. 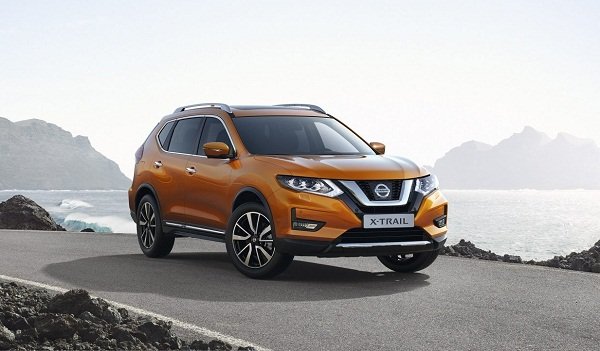 With its modern iteration, the 2020 Nissan X-Trail is quite a departure from the previous generations. It features Nissan’s signature V-motion grille. Also, the once boxy exterior features are replaced by a sleeker, more modern shape.

Under the hood, the Nissan X-Trail gets two engine options; the larger 2.5-liter QR25DE is found aboard the 4x4 version and the smaller 2.0-liter MR20DD powers the 4x2 version.

>>> For further reference: Diesel Power! Top 10 most fuel-efficient Diesel SUVs in the Philippines

Inside, the X-Trail is a well-equipped vehicle. The top of the line variant comes with an electronically adjustable driver’s seat, cruise control, and 6 audio speakers. Both variants come with a 5-inch QVGA that’s able to handle radio, CD, MP3, audio streaming and many other connectivity options. 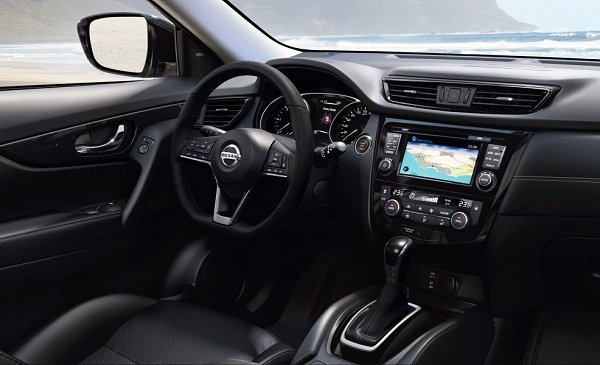 For safety, the X-Trail 4x4 has the Nissan Intelligent Mobility safety suite whereas the 4x2 version does not. Both do have hill start assist, vehicle dynamic control, rear-cross traffic alert, and a blind-spot warning system.

For the other popular SUVs here in the country, check out our near complete list of SUVs models from the most favored brands here in the Philippines.