One is an MPV, the other an SUV – both using Toyota’s IMV platform, but which has the better specs?

Filipinos love their families. We strive to be together most of the time, and so we favor cars that can fit our immediate family plus some of our relatives. The more the merrier, right? As a result, two of the most popular vehicles here in the country are the Toyota Fortuner and the Toyota Innova. Two very different vehicles that are more alike than you think.

For starters, both these cars can carry seven people, both are built based on the Toyota Innovative International Multi-purpose vehicle (IMV) platform, which uses a ladder frame chassis.

Both the Fortuner and the Innova also have longitudinally mounted engines, and their engines themselves, at least for the Philippine versions, belong to the same GD series (diesel) and TR series (gasoline).

So this begs the question: what are their differences, if any? Are there elements which make one better over the other? For that, let’s compare these two Toyota’s specs. But not just any of the two though, because we’re going to focus on the top-spec 2.8 Innova V and the base 2.4 Fortuner G, which both overlap when it comes to price. 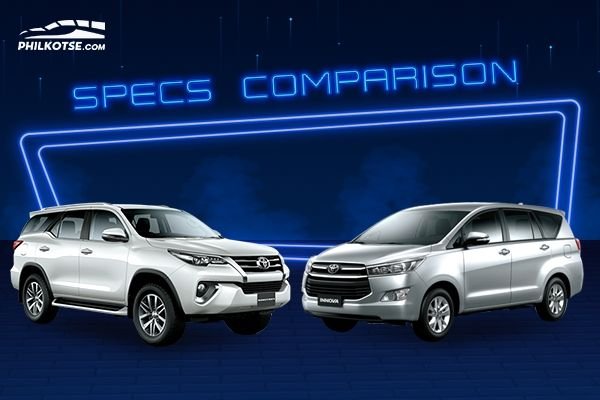 Innova vs Fortuner. How will these two match up?

As we’ve said, both the Innova and the Fortuner use the same platform. Despite that though, the Toyota SUV is obviously larger with a length of 4,795mm, a width of 1,855mm, and a height of 1835mm. 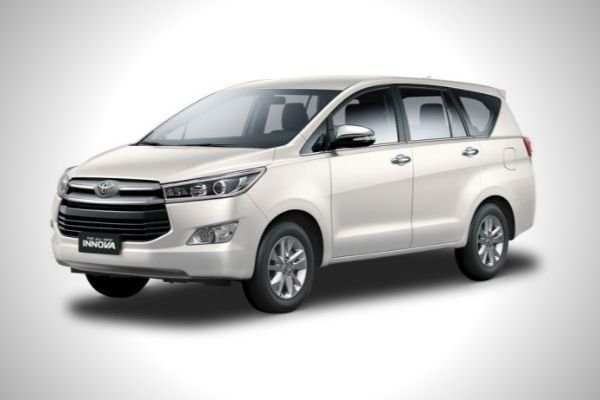 The Innova is an MPV...a great looking MPV

Being an SUV, however, the Toyota Fortuner has more in the way of ground clearance at 193mm while the Innova only has 167mm.

In terms of exterior styling, both the Innova and the Fortuner are perfect representations of each of their vehicle classes.

The Fortuner is macho looking with its tasteful amount of chrome and body cladding, as well as its perfect balance of curves and angles especially with its front fascia.

Toyota Innova, in comparison, is appropriately more elegant and sleek but without the “soft” looks that are common among MPVs from yesteryears. In short, both are attractive looking vehicles. 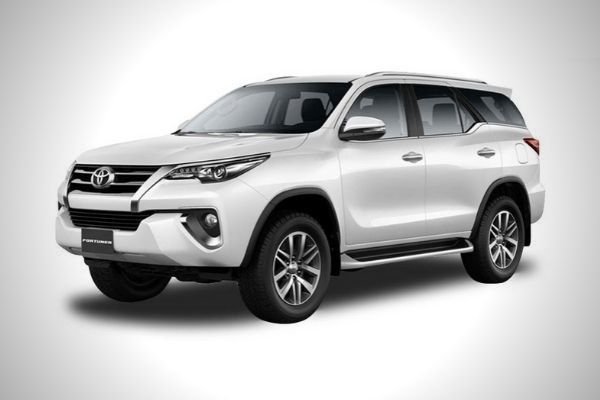 In comparison, the Fortuner is the quintessential midsize SUV

On the outside, the Fortuner G comes with halogen headlights, halogen fog lights, an LED stop and brake lamp, a roof rail, a rear spoiler, a rear window wiper and defogger, and side step boards.

The top of the line Innova V on the other hand, while not having roof rails and a side step board, does have LED projector headlights, LED fog lamps, LED rear lights, the same rear wiper, and defogger.

Inside, the top-spec Toyota Innova 2020 has a lot going for it. It comes with a tilt and telescopic, 4-spoke leather steering wheel with silver trim and a multi-function controls, TFT type multi-info display, a smart entry with a push-to-start system, captain seats for the 2ndrow, a touchscreen with a radio, an aux jack, USB, iPod compatibility, Bluetooth and navigation, an automatic climate control with a rear vent, six speakers, and two 12V auxiliary power outlets. The Fortuner in comparison has a better touchscreen that’s able to handle radio, Bluetooth, USB and aux connectivity as well as Apple Carplay and Android Auto.

This trim of the Toyota SUV, however, doesn’t have the second row captain seats and the smart entry system found aboard the Innova V, although it still has a leather and silver multi-function steering wheel with tilt and telescoping adjustment, the TFT type multi-info display, automatic climate control with rear vents, and two 12V power outlets. 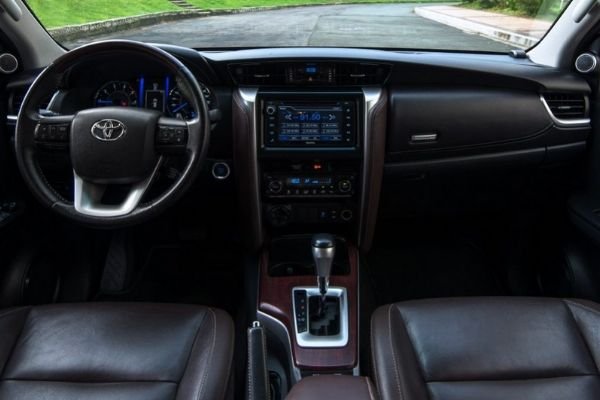 Being from the same platform, the Fortuner's interior is very similar to the Innova's

And lastly, both these trims of the Innova and the Fortuner can both seat seven people comfortably albeit the former has a larger default trunk capacity of 300 liters, while the Fortuner only has 200 liters.

With all their seats down, the 2020 Toyota Fortuner has a maximum cargo capacity of 1,080 liters, while the Innova has a larger 1,128 liters.

On this variant of the Fortuner, the said engine is paired with a six-speed manual or a six-speed automatic with sequential control.

The Innova V like the Fortuner sends its power to the rear wheels. This trim of the Toyota made MPV however only comes available with a six-speed automatic with sequential control.

And lastly, both the Fortuner G and the Innova V comes with a drive mode selector, which can toggle the eco driving mode and the power driving mode.

When it comes to safety, the current Innova V is very well equipped. It comes with dual front, a knee airbag, side, curtain airbags, as well as stability control, hill-start assist, brake assist, anti-lock braking with EBD, a back-up sensor, and an alarm with engine immobilizer.

The Fortuner G, on the other hand, only has dual front airbags, ABS with EBD, a rear camera and back-up sensor, and a vehicle alarm with an engine immobilizer.

Both the Toyota Fortuner and the Toyota Innova each have more than a dozen variants. So to keep it simple, let’s just compare the Fortuner G and the Innova V’s price.

As you see, the price of the Innova comes in between the Fortuner G AT and the Fortuner MT all the while offering more in the way of safety features, as well as power and torque. Being an SUV with a body-on-frame chassis, the Fortuner can do well as a full on off-road vehicle

If you prefer on-road performance, however, you can turn to the Innova 2.8 V. And yes, it’s also a viable choice for those who want a powerful vehicle, but at the same time would not prefer to drive SUVs due to their size. Make no mistake though, the Innova can actually do well on rough roads when you need it too

When it comes to plain specifications, the top-of-the-line Innova V comes on top over the base model Fortuner G. 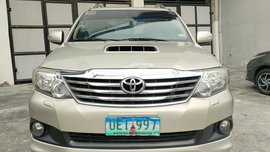