Mitsubishi Xpander vs Toyota Innova: The rookie vs the seasoned veteran

Uncover which is worth your budget to purchase as a family MPVs in our head-to-head comparison between Mitsubishi Xpander vs Toyota Innova.

At first glance, you might assume that the Toyota Innova and the Mitsubishi Xpander belong to two separate vehicle segments (to say nothing of Toyota's Rush which is closer to the Xpander in terms of size and pricing). So why are we comparing these two?

Believe it or not, they're both classified as compact MPVs, with the Innova’s E MT and J MT variants priced within striking distance of their equivalent Xpander trims. And while an argument can be made on how these lower-spec Innova variants might cannibalize sales of the Rush, that’s a story for another time.

So without further ado, here’s our comparison between the Mitsubishi Xpander vs Toyota Innova. Let's get started with Philkotse.com!

Judging by their dimensions on paper as well as real-life sightings, you can immediately deduce that the Innova trumps the Xpander's measurements. The surprising bit though, is that the Xpander has a slightly longer wheelbase. A 25-mm difference might be negligible at a glance, but note that a longer wheelbase results in a better ride and will feel more stable at speed. When it comes to the suspension setup, the Mitsubishi Xpander packs a torsion bar rear suspension, while the Innova J has a more versatile four-link suspension. Although the Innova's system can handle rough terrain with aplomb, the Xpander's relatively simpler setup provides a softer and cushier ride.

For the front end, the Xpander GLX pits independent MacPherson struts against the Innova J's independent double wishbone suspension with coil springs. While being costlier to manufacture due to its complexity, the latter is able to supply negative camber when jounce travel commences, resulting in increased stability and better contact between the tires and the road surface. While it looks more basic in comparison to the Xpander, the Innova's design has a certain sleekness to it

Overall, the Toyota Innova offers a more robust suspension setup that befits its dimensions, enabling it to take on bumps and humps a bit better even under full loads.

Since its introduction, Innova has always been underpinned by Toyota’s IMV Platform, sharing many of its characteristics and components with the Hilux and the Fortuner. The body-on-frame nature of the chassis grants the Innova a certain air of indestructibility, or added robustness at the very least. On the other hand, the Xpander's Lancer-based platform is more crossover than SUV. The Innova's lines bring plenty of character, such as those seen on the Touring Sport trim The Xpander's futuristic theme extends to the sides.

>>> Get the deeper understanding of these two MPVs in the full-scale review of each model:

The Xpander GLX  and the Innova J both feature a dashboard that just seems to flow along the length of the windshield. However, the base-trim Xpander already offers audio controls on its three-spoke urethane steering wheel, compared to the blank tiller on its rival. The biggest advantages feature-wise on the Xpander however is cruise control. 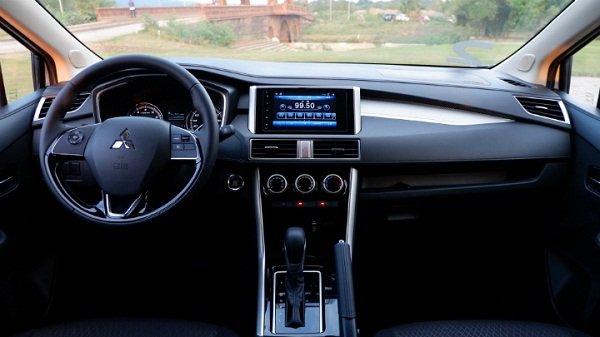 The same goes with the front cabin of the Toyota Innova

With regards to other stuff though like these two’s entertainment systems, they’re as simple as white rice. These both have 2-din units but the Innova does get more in the way of speakers. All in all, in terms of tech, we’ll have to give this one to the Mitsubishi made MPV.

When it comes to the interior room though, that’s another story altogether. The Toyota Innova 2020 as we’ve already said is wider and taller meaning it has better leg-room and headroom. The Innova J can also carry around eight passengers which is one more than the Xpander. And you know us Filipinos, the more the merrier. As for interior design, while the Xpander’s dashboard looks clean and neatly arranged, the one on the Toyota Innova J looks just about the same as the one found aboard the Altis. And that’s a good thing. The Innova’s top of the line 2.8 V Diesel variant, however, gets a whole lot more stuff than the Xpander’s top of the line variant. But then again, you get what you pay for.

Here are the passenger seats of the 2020 Mitsubishi Xpander.

>>> Check out other comparisons of the MPVs in the PH-market:

If there’s one word to sum up the Toyota Innova’s engine options, whether gasoline or diesel, it would have to be “indestructible”. As it turns out, this is one of the biggest reasons behind the enduring popularity of Toyota's MPV. In markets from India to much of Southeast Asia, the Innova has been the top choice for those looking for a reliable family vehicle.

And thanks to the considerable torque it makes, coupled with the durable suspension setup, the Innova possesses the grunt that complements its style, even dabbling in some minor off-roading when necessary.

The Mitsubishi Xpander 2020 comes with only a single 4A91 engine option across the range, producing 103 horsepower and 141 Nm of torque. By contrast, the Innova J’s 2.0L 1TR-FE inline-four gasoline mill is significantly larger and more powerful, good for 136 horses and 183 Nm of torque.

But it doesn’t stop there, as Toyota also offers a 2.8L diesel option that makes 171 horsepower and 360 Nm of torque, blowing the Xpander out of the water in terms of power.

The good thing about the Xpander’s less powerful engine though, is that it makes for a slightly better fuel economy at around 9.4 km/l in city driving. The Innova J returns around 7.7 km/l, an acceptable compromise considering its engine output.

Most notably, the Innova comes with rear-wheel-drive, a layout that's beginning to fall out of favor among MPVs. Xpander's front-wheel-drive layout might be more cost-effective, but Toyota has sportier driving characteristics. But hey, FWD MPVs do have their virtues; they work well for tooling around the city, have loads of front-end traction, and the lack of a driveshaft and transmission tunnel frees up more room in the interior.

Despite the Innova J and Xpander GLX having a somewhat spartan set of safety features, the Innova offers a knee airbag in addition to the dual front units, although it doesn’t have an engine immobilizer, unlike the Xpander. As for the top-of-the-line variants, the Xpander GLS Sport still has two front airbags, which is already far outpaced by the Innova 2.8 V's full complement of curtain, side and knee airbags. Xpander vs Innova: Which is worth your money?

From its body-on-frame construction to its wider selection of variants, it looks like the Toyota Innova has got a very big one-up against the Mitsubishi Xpander. Don’t get this statement wrong though, as the Xpander regardless of variant is still a very good buy; whereas the Innova has had time to establish a following across two generations, the Mitsubishi Xpander is a newer model that still has plenty of room for improvement in the coming years. Being a rookie in the field means more room for improvement

In the end, we'll have to recognize the supremacy of the Toyota Innova as an MPV. Despite a recall issued back in 2013 due to issues with the spiral cable retainer from 2004 to 2010 models, the Innova has managed to bounce back. Meanwhile, the Xpander had a more face-palm worthy recall, regarding its fuel pump, which happened the same year it was released.

To their credit, Mitsubishi was able to respond promptly and take corrective measures. All in all, the Toyota Innova fulfills the need for power and space, with a tested platform to boot; it certainly lives up to Toyota's reputation for durability, as long as you religiously observe the proper maintenance intervals. 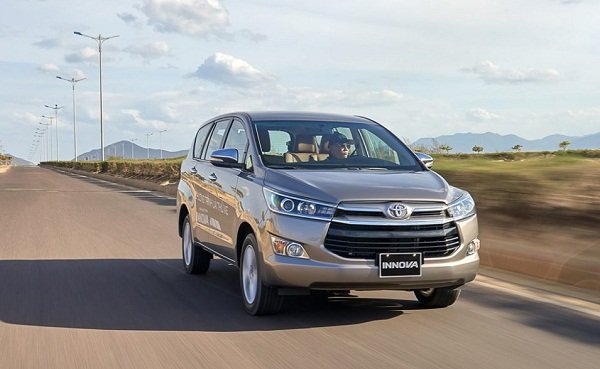 If you’re looking for the best deals on the Xpander, Innova, or any other MPVs models, make sure to check our listings of car for sale section from our authorized dealers, and let them know that you found them here on Philkotse! 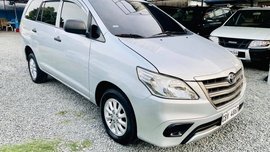