Which of these two long-time rivals is better on paper?

Toyota RAV4 vs Honda CR-V: Veteran crossovers battle it out

As with the rest of the world, the Philippine crossover market segment is an outright battlefield. New models are popping left and right, and most are doing great locally. Now, the Toyota RAV4 and the Honda CR-V are two veterans of the local crossover scene. They’ve been around for quite a while now, with both receiving updates throughout the years.

Now, which of these two is better on paper? To find out, we’ll be comparing the RAV4 LTD 2.5 AT and the CR-V SX 1.6 AWD AT. Both are top-spec variants, and both of their prices are just above the Php 2 million mark. Which of these two crossovers have the better specs? In summary, the Honda-made crossover is longer and taller than the Toyota model. It also has a longer wheelbase, and higher ground clearance.

As for their exterior features, both of the top-spec RAV4 LTD and CR-V SX are equipped with LED taillights, front fog lamps, LED headlamps with automatic function, rear spoilers, and roof rails. Both also ride on 18-inch alloy wheels. What the Toyota lacks however are the LED turn signal lamps that the CR-V is equipped with. Moreover, the CR-V comes with a power liftgate that the RAV4 lacks. Both do have turn signal repeaters mounted on their side-mirrors.

Note also that the CR-V has a curb weight of 1,732 kg. This means that it is heavier than the Toyota crossover.

For interior features, both models offer leather seats, automatic climate control with rear vents, and a sunroof. The main advantage of the CR-V SX over the RAV4 LTD, however, is it can seat up to seven occupants. The Toyota on the other hand, only has seats for five.

For the driver, both of these models offer a leather-wrapped steering wheel with tilt and telescopic adjustment, electronically adjustable driver’s seats, a push-to-start button, a digital gauge cluster, rain-sensing wipers, an auto-dimming rearview mirror, and wireless charging. The Honda-made model’s cruise control however is adaptive, while the one on the RAV4 is the standard kind. Which interior do you think looks better?

As for on-board entertainment, the RAV4 LTD is equipped with a display audio system that’s capable of connecting to smartphones via the T-Link Mirrorlink software. It also has USB, Bluetooth, and aux-in connectivity options, patched to a six-piece speaker system.

In comparison, the CR-V SX comes standard with a seven-inch touchscreen with Apple CarPlay and Android Auto. The said system also has USB, Bluetooth, and aux-in connectivity. To top it off, it comes with an eight-piece speaker system.

For its powerplant, the Toyota RAV4 LTD uses a 2.5-liter inline-4 gasoline DOHC engine with dual VVT. It can produce up to 203 horsepower and 243 Nm of torque. Power is sent to the front-wheels via an eight-speed automatic torque converter transmission with a gear lever-controlled manual mode. In contrast, the CR-V SX uses a 1.6-liter turbodiesel SOHC mill with I-VTEC. This engine can deliver 118 horsepower and 300 Nm of torque. It also uses a torque converter automatic transmission, but it has nine gears. It also has paddle shifters, and power is sent to all four wheels.

To sum it up, the CR-V's diesel engine makes more torque, but the RAV4’s gasoline engine makes significantly more horsepower. Then again, the Honda-made crossover has one more forward gear than the Toyota, apart from having all-wheel-drive. The latter is especially useful for putting down power on slippery roads, and it will have an impact on overall driving feel as well. In terms of suspension systems, the RAV4 uses a MacPherson strut-type front suspension, and a double wishbone rear suspension. It also has front and rear disc brakes, and an electronic parking brake with an auto-brake hold function.

While the CR-V SX uses the same front suspension, its rear is a multi-link type. Other than that, its brake systems are similar to the ones found on the RAV4.

The Toyota however does have seven airbags, while the Honda crossover comes with six. Then again, the Honda model also comes with more driver assist features, which the RAV4 LTD lacks. These include a lane departure warning system, blind-spot detection, a tire pressure monitoring system, and a lane keeping aid.

While both offer a wealth of creature comforts, the CR-V does have advantages. For starters, the SX, S, and V variants are seven-seaters. In contrast, all of the RAV4’s variants are five-seaters. This means that the Honda might be more suited as a family car.

The second point is that the CR-V has a wider price range than the Toyota, making it more accessible to buyers. Moreover, it comes in gasoline and diesel variants that come with either front-wheel-drive or all-wheel-drive. The Toyota on the other hand only has one engine option and drivetrain. Again, the Honda model offers options for the buyer.

And last but not the least, the CR-V SX in particular just has more safety features than the RAV4. Sure, the Toyota has one more airbag, but the Honda’s collection of driver-assist features are just too attractive to pass up.

Then again, the Toyota RAV4 produces more horsepower and is more feature-rich than the CR-V. The absence of a third seating row could benefit the RAV4 with increased legroom and cargo space as well.

So, what do you think? Do you like the Toyota RAV4? Or would you rather drive with the CR-V SX? For more comparisons like this, keep reading here on Philkotse.com. 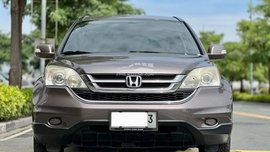