Mitsubishi is working to fix the Xpander's Fuel Pump Problem

According to reports from some Mitsubishi Xpander owners, the MPV has been said to be experiencing fuel delivery problems. Mitsubishi had been hard at work to address the issue.

The Xpander, Mitsubishi’s very cool looking and very popular MPV is a very affordable vehicle for its size, looks, and features and as such has been on the radar of many would be car buyers today. Recently, however, it came to light that the popular MPV has an issue.

As reported by many Xpander owners in social media, their Xpander’s had a propensity to stall while running. This, of course, involves the vehicle’s fuel system mainly the fuel pump.

If one would think that this isn’t much of a safety issue, sometimes sudden stalling and loss of power can be dangerous. For instance, traveling on highway speeds as an unexpected loss of power will startle a driver and might take his or her focus off the road.

Sudden loss of power might also disturb your car’s driving dynamics specifically its ability to maintain traction and thus may increase the risk of a crash. And it can certainly be disheartening for some to learn that their hard-earned new car had some inherent flaws all along. But fear not because in a communication sent out recently, Mitsubishi Motors Philippines Corporation had this to say:

“We deeply regret the inconvenience caused to our customers by the recent technical issue being encountered in our Xpander model. We have started receiving service complaints regarding the fuel pump issue sometime in April. We are currently looking into the cause of this issue and have expedited the arrival of affected part this month for distribution.

For concerns regarding this issue, please visit any of Mitsubishi authorized dealers nationwide.”

So in short, MMPC is currently hard at work in figuring out the Xpander’s fuel system’s problems as such a solution for this might just be around the corner.

Curiously enough, some North American Acura MDS SUV’s and Honda Accords also experienced some problems with the internal components of their fuel pumps reducing in engine stalls. Recalls had been started back in February of this year as such the issue for this has also been addressed and no accidents connected to these issues had been reported. 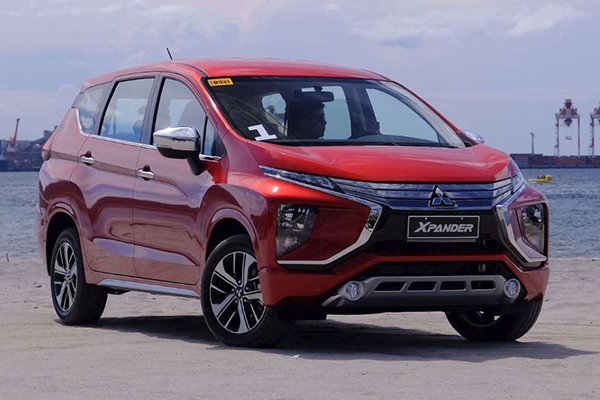 Mitsubishi's new MPV, the Xpander has been reported to have fuel pump problems.

Also with the Xpander, no accidents in connection to the fuel system issue have been reported as of yet, regardless it will pay to be vigilant especially when traveling on highway speeds. Regardless, these issues involving brand new vehicles, especially on the Xpander are deemed to be unusual as e batches released earlier this year also had this issue and so subsequent batches produced later are typically spared from the issues that the previous batch had.

The Mitsubishi Xpander, which is manufactured and assembled in Indonesia is a currently popular MPV which is capable of comfortably seating 7 adults and on the outside looks strikingly similar to the much larger Montero Sport SUV. The Xpander MPV has a number of safety equipment like ABS, EBD, and dual-airbags while the top spec has stability control and traction control.

Powering the Mitsubishi Xpander is a 4A91 MIVEC 1.5 liter petrol engine which is rated at about 103 HPR with a peak torque of 141 Nm and comes with either a four-speed automatic or a five-speed manual.