Toyota Rush vs Ford Ecosport: The battle of the compact SUVs!

Old or new, Toyota Rush vs Ford Ecosport Philippines? Which will come out as the better compact SUV? Let's find out!

Like most car segments in the country, the compact SUV market segment is very competitive and manufacturers have been going at it since the 90s. In recent years though, the competition has ramped up in lieu of newer vehicles like the Toyota Rush. This, of course, has rocked the proverbial boat whose decks are filled with industry veterans. And one of those veterans is the Ford Ecosport.

So for this comparison article, we will compare the specs of two very relevant compact SUVs in the current market, one new which is the Toyota Rush and the other is the much older and very established Ford Ecosport.

Also, to mix things up all the while keeping it simple, Philkotse.com will compare the base variants of these two compact SUVs: Toyota Rush vs Ford Ecosport. We will still mention other variants from each of these models where relevant.

It is plain to see that the Rush is the larger vehicle. It has a larger overall profile, which of course translates to a larger cargo and passenger space. There’s even a Rush variant that can accommodate seven passengers.

In terms of styling, the Toyota Rush is also the better vehicle in our opinion. Its design is more up to date and is fresher and sprightlier than the aging look of the Ecosport. While Ford did give the Ecosport an update, only a few exterior features had changed. Regardless of our opinion though, styling, in the end, is subjective and the choice of the better-looking vehicle depends on the prospective buyer. Not much has changed despite the Ford Ecosport facelift Whereas the Rush is a fresh-faced, new-comer

>>> To get a comprehensive understanding of these two compact SUVs, kindly refer to our:

When it comes to interior space, it is of no doubt that the larger Toyota Rush has the Ecosport beat. For the 5 seater E version of the rush, the cargo space is also larger at 514 L compared to the measly 335 L of the Ecosport.

Other variants of the Rush namely the G can even fit up to seven passengers albeit sacrificing a bit of cargo. The fact remains though that the Toyota made compact SUV trumps the Ford in terms of passenger capacity due to the fact that the Ford Ecosport is only a five-seater. 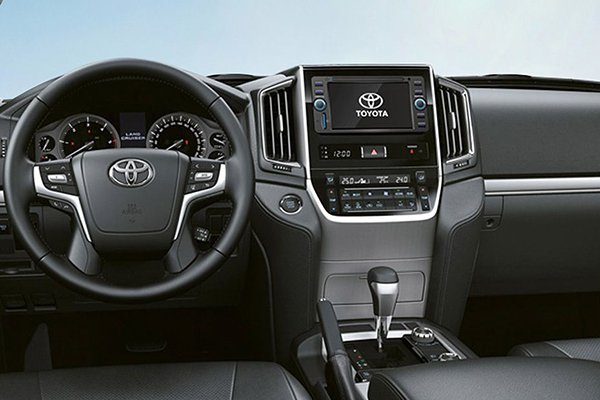 Moving on to interior stuff pertaining to entertainment, the Toyota Rush E comes with a 7-inch infotainment touchscreen display whereas the Ecosport has a larger 8-inch touchscreen unit that comes with Ford’s own connectivity system called the Sync 3.

The Weblink Connectivity on the Toyota Rush is reported by users to be much better than Ford’s offering. There’s even a dedicated website that talks about several issues the Sync has in terms of connection, playback, etc. So in this case, Toyota’s simplicity has paid off. 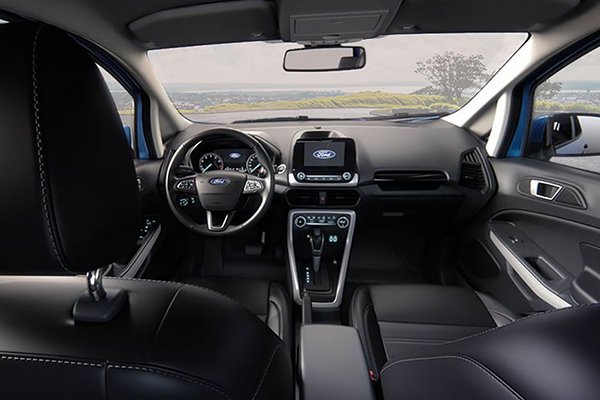 And here's the front cabin of the Ford Ecosport

Also note that in comparing the base models of these vehicles, the Toyota Rush E plainly has more useful features like a multi-function steering wheel, keyless entry, and even a push to start button.

Under the hood, it is apparent from the table above that the Ford Ecosport Ambiente is the more powerful vehicle. With regards to engine choices, all the variants of the Rush are equipped with the same engine, the 2NR-VE Inline-4. The Ford Ecosport 2019 has two; the 1.0 Turbocharged EcoBoost and the 1.5 L Inline-4 Ti-VCT. Despite having a less powerful engine, the fact remains that the Rush is a rear-wheel-drive vehicle which of course is much more fun for the driver because pushing is easier than pulling after-all. For this category overall, the Ford Ecosport is better spec-wise. The Rush’s rear-wheel-drive powertrain is a very attractive part of the Toyota made compact SUV.

As for safety, the Toyota Rush 1.5 E MT appears to be the better vehicle. It has more airbags in the form of side airbags and curtain airbags. Both the Rush and the Ecosport do both have ABS with EBD, engine immobilizers, security alarms, stability control, and ISOFIX.

For driver-assist technology, the Ford Ecosport does come with a hill start assist.

Worth your reading with other car comparo articles of the other vehicles in the same segment: 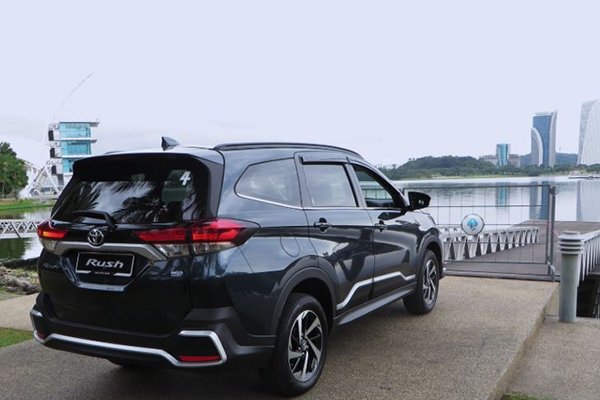 When it comes to value for your money, we’ll have to give the Toyota Rush and its variants the win. Even the Toyota Rush E which is the model’s base variant has a lot more to offer in terms of features than the trend variants of the Ecosport. Also, there’s the issue of interior space which of course the Rush has loads of. Toyota Rush just has more space and features. It looks much more modern too!

The same goes for styling. We also prefer the newer, much modern-looking Toyota Rush. The Ford Ecosport, on the other hand, is already an aging platform with an equally old exterior look. If Ford intends to give the said vehicle a significant styling update, the time is now. Ford Ecosport is fine as a vehicle, but it has aged a bit. Its top variants are also pricier than the Rush

To broaden your choice, you can also refer to our extensive listing page of cars for sale in the Philippines to find the most suitable car, matching your habit and budget. 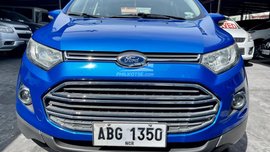