Which 2021 Ford EcoSport variant should you buy? [Comparison Guide]

The Ford EcoSport has five variants. So how different are they from each other?

Currently, the EcoSport’s second-generation model competes against the likes of the Geely Coolray, Suzuki Vitara, Nissan Juke, Subaru XV, and the SsangYong Tivoli.

As a small yet adequately-equipped vehicle with just the right amount of space, the EcoSport is also very popular among city dwellers. So if you’re reading this, you might be considering this as your next vehicle.

Hold up though, because the EcoSport now has five variants. So how are these different from each other and which one should you buy?

When it comes to size, all variants of the EcoSport are 4325mm long, 1765mm wide, 1656mm high, and have a wheelbase length of 2519mm. It also has a 209mm ground clearance which is of course better than most vehicles of its size. 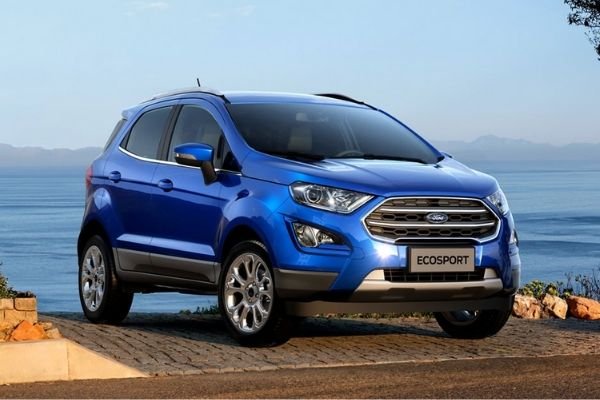 Exterior amenities for the Ford EcoSport include “Follow-me-home” lighting, a power sunroof, a front and rear fog lamp. It also has very useful features that both contribute to practicality and style like front and rear splash guards, scuff plates, a rear spoiler, and a roof rails.

Note, however, that only the top-of-the-line variant comes with an HID projector headlight, while the rest gets a pair of halogens.

Also exclusive to the top variant is the automatic headlights and the signature LED daytime running lamps. The base 1.5L Ambiente MT variant also has smaller wheels, no roof rail, and a black front grille finish. Again, not that sexy of a car but it does have its own personality

In terms of interior features, both the range-topping 1.0 EcoBoost Titanium AT and the 1.5 Titanium AT come  with all the bells and whistles like eight-inch color and capacitive touchscreen, seven audio speakers, SYNC 3 Phone connectivity with Applink and voice control, a 4.2-inch instrument cluster, leather wrapped steering wheel and seats, illuminated USB ports, Bluetooth, an electronic automatic temperature control system, a rear retractable armrest, a push to start button, and an overhead console with a sunglasses holder. Only the 1.0 EcoBoost Titanium has an electrochromic rearview mirror. 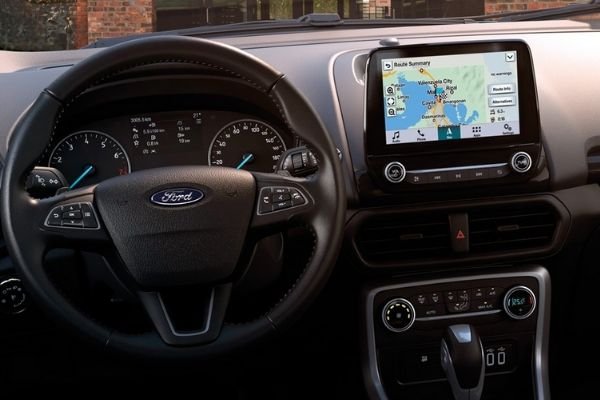 Simple, well-arranged, no fuss no muss

For the Trend and the Ambiente, these lower variants have a more basic nine-inch color touchscreen, four audio speakers, and a smaller 2.3 inch instrument cluster display screen. The Ambiente MT doesn’t have the one-touch power windows, and the cooled glove box that comes with the other variants.

Common among all variants is a load compartment lamp, a sun visor with a vanity mirror for the front passenger, tilt and telescopic steering wheel adjustment, variable intermittent windshield wipers, and steering wheel mounted audio controls.

The current available Ford EcoSport for the Philippine has two engine options; the 1.0 liter EcoBoost and the 1.5 liter Ti-VCT. 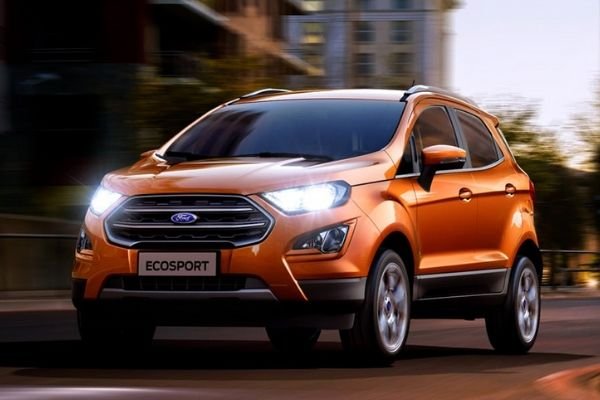 It won't win you races, but it'll get you to your office reliably everyday

Only the Trend can come with a five-speed manual or a six-speed automatic. The Ambiente is only available with the manual, while the Titanium only comes with the automatic.

For all the EcoSport variants, power is sent to the rear. Also, only the 1.0 liter EcoBoost Titanium AT comes with auto start-stop technology.

Note, however, that the Ambiente has the least amount of airbags in the form of dual front airbags, the Trend has that plus front side airbags, while the Titanium trim has all of those plus front curtain airbags.

And lastly, only the Titanium and Trend comes with hill descent control, and only the Ambiente doesn’t come with a rear park assist.

>>> Refer to the latest changes in Ford Ecosport Philippines price

As you can see, the difference in the amount of features from the base Ambiente to the top-of-the-line EcoBoost Titanium is greatly reflected by the price difference.

Do note that in itself, the base Ambiente is already a great buy. It has a decent engine and it can comfortably fit in five just like the other EcoBoost variants sans the fancy touchscreen and the other great features that come on the Trend and the Titanium. 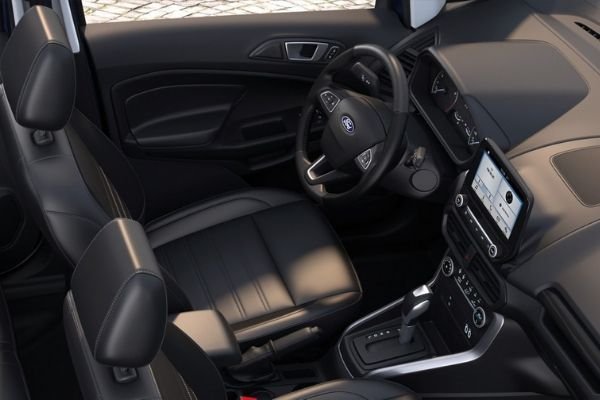 Family car or personal transport, the EcoSport is ideal for many people.

However, the latter two comes with more airbags, which quite frankly are very important features that we wish could come with more cars, even the base models nowadays. Also note that if you like driving and if you want to get a manual EcoSport, only the Trend MT and the Ambiente can meet your needs.

The Ford EcoSport 2023 is a 5-seater subcompact crossover from the Blue Oval company. Ford Ecosport 2023 price in Philippines ranges between Php 750,000 and Php 1,190,000 for the model's four variants. Under the hood, two engines options are available in the Philippines. One is the 1.5-liter gasoline engine that makes 121 horsepower and 150 Nm of torque, while the other is a smaller 1.0-liter EcoBoost gasoline engine that delivers 123 horsepower and 170 Nm of torque. A 5-speed manual or 6-speed automatic transmission is connected to the engine.