The Ford EcoSport is the entry-level vehicle if you want to get your hands on a Ford with a price point that starts at Php 929,000. It first debuted in 2003 at the Camacari plant in Brazil.

At the end of 2017 and the early months of 2018, the EcoSport takes the second best-selling Ford cars in the Philippines. And in 2019, there were 2,138 EcoSports sold locally.

There are two ideal words best used to describe the Ford EcoSport interior – plush and comfortable. It may be a subcompact crossover, but it provides a fair amount of space inside and offers a great amount of visibility. Plus, the subtle designs in its interior gives the EcoSport a better design for its price point. 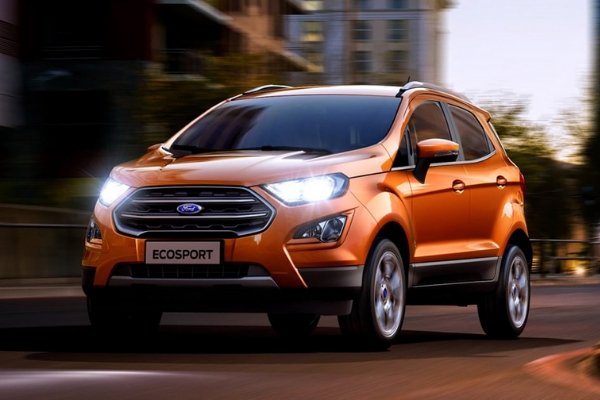 To have more detailed information, let’s take a deeper dive into the Ford EcoSport interior and see why many reviews say that the subcompact crossover’s interior is its strong point.

As standard, all EcoSport variants come with five seats. In terms of legroom and headroom, the Ford EcoSport neither excels nor lacks in this category.

You get what you can expect from a subcompact crossover. In case you are wondering, the EcoSport has a measurement that spans 4,325mm in length, 1,765mm in width, and 1,656mm in height – which is relatively standard to average subcompact crossovers. In addition, the EcoSport stands with a ground clearance at 209mm which gives you a good amount of visibility while driving. With the EcoSport's elevated ride height, you can see more of what's going on around you

Five variants are available for the Ford EcoSport – one of which is the top-of-the-line variant that exclusively uses a 1.0-liter EcoBoost Titanium engine. The range-topping EcoSport is the only variant that comes with leather seats stitched in white; the rest come with fabric seats.

Lastly, the rear seats have a 60:40 split-fold configuration and ISOFIX child seat anchors. If interior space is a top priority for you, then the Ford EcoSport might not be your subcompact crossover. 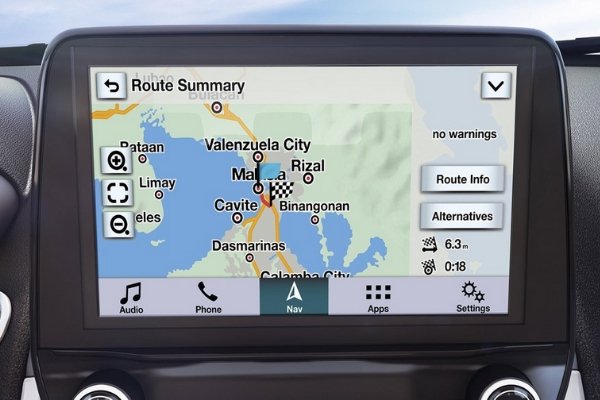 The higher-spec Titanium variants are installed with an 8-inch color and capacitive touchscreen that is remarkably fast and smooth. The Ford EcoSport arguably offers the best infotainment screen that is out in the automotive market today.

The audio can be controlled through the controls installed on all of the variants. Satellite Navigation is exclusively available for the 1.0-liter Titanium variant.

Seven speakers are installed on both the Titanium variant,s while the Trend and Ambiente variants use four speakers only. Ford made sure you got the Titanium variants by adding illumination on their two USB ports installed in their center consoles. Two 12V accessory power outlets in the front and the rear comes standard to the EcoSport.

What you can notice right off the bat are the chrome edges installed in almost every part of the EcoSport’s interior. Those chrome edges go well with the black theme of the subcompact crossover, giving off an elegant look without having to feel like it’s an entry-level vehicle.

Titanium variants are installed with a smart keyless entry with a push-button start/stop function. 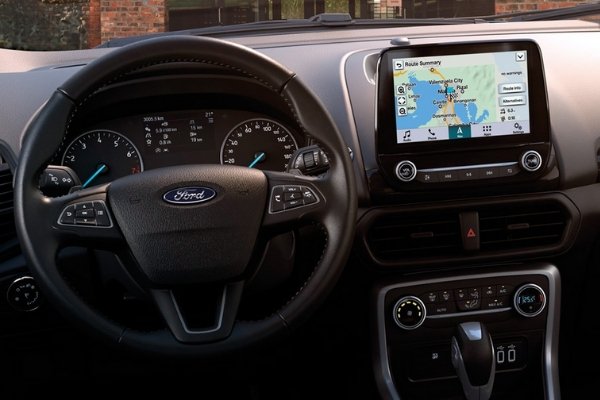 The EcoSport has a generous amount of safety features. These include driver and front passenger for all EcoSport variants, front side airbags for all variants except for the Ambiente variant, and side curtain airbags exclusive only on the two Titanium variants.

Other safety interior features that are made available in the EcoSport are seatbelt reminder system, a rearview camera, rear park assist (except for the Ambiente variant), 3-pt rear seat belts, and childproof door locks.

Ford EcoSport Interior: Should I buy it?

Ford is a renowned brand due to its unrelenting automotive products throughout the years. With the American automaker’s scheme of focusing solely on its SUVs, trucks, pickups, and crossovers, we can expect its vehicles to be better and more innovative. 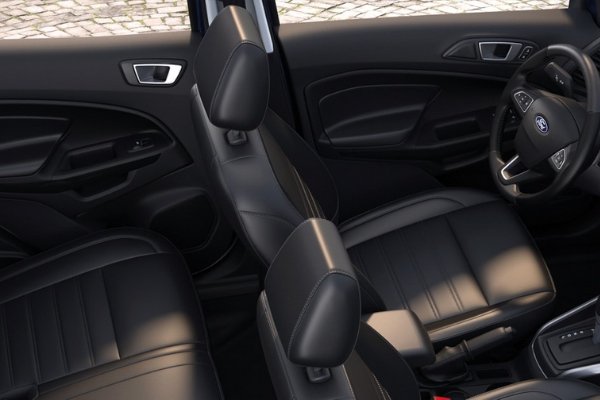 You will never feel like something is lacking in the subcompact crossover. In fact, it would feel like it is loaded with features every time without having to spend much cash.

Here are the following prices for the Ford EcoSport if you decided to get one yourself:

>>> Related: List of Ford EcoSport for sale at affordable price